Let’s admit two things: Ohio State might be one of the two best teams in college football, and Nebraska’s roster still has holes in it.

Well, that was fun.

Corn Nation site manager Jon Johnston called it an “annihilation” at halftime, and that’s about as good of a description as there is. So this week’s report card is more of a big picture retrospective because the minutia of the game itself doesn’t really matter. Nebraska played awful.

A much bigger point is that Ohio State played the game at an entirely different level. Many national pundits are now rethinking their top five list, realizing that Alabama and the Buckeyes have separated themselves from the rest of college football. So let’s acknowledge that Ohio State played exceptionally well in this game.

And more importantly, edge away from the panic button.

Should Husker fans be happy about Saturday night? Absolutely not. But one of my biggest concerns is that some fans have unrealistic expectations of college football today. This isn’t to say that fans shouldn’t want to win games and championships; it’s more about what happens when they don’t.

I’m talking about fan reactions when games like this happen, and that this will suddenly had better be last time it’ll ever happen again. Because one fact of life in today’s offensive era in college football is that blowouts are going to happen. My hope for this game was based on the fact that Ohio State had been embarassed on the road in a game the last two seasons. Could this game have been the third? It didn’t take long to realize that wasn’t happening. But let me ask this question: how many sane Ohio State fans wanted to burn things down because Iowa took them behind the outhouse two years ago?

Blowouts are going to happen from time to time. It’ll be frustrating when it happens, but let’s not compound the problem by calling for scalps or setting the expectation that this won’t happen again. Because if Urban Meyer and Ohio State can get shut out in a game, it can - and will - happen to anyone and everyone at some point. Don’t let frustration over one game cloud your thinking about the overall progress in the program.

So here’s this week’s report card, and one where I’m going to try to take a “bigger picture” view of things. We know it went horribly wrong against Ohio State, so no sense belaboring those points.

Quarterback: The quarterback usually gets too much credit for wins, and too much blame for losses. In this game, Adrian Martinez wasn’t helped by most of his teammates. If the two quarterbacks in this game had swapped sides, I think Ohio State still would have won the game comfortably. I can only speculate about Martinez’s third interception; I suspect that Mike Williams wasn’t anywhere near the right spot on that play. Grade: C-

I-Back: Nebraska needs Maurice Washington back on the field sooner rather than later. Dedrick Mills was Nebraska’s most consistent offensive weapon in this game, and I absolutely love how Frost brought back the I-formation with Mills as the fullback. Ohio State had no idea how to defend that, and had to burn a timeout. Right now, I think Nebraska’s best formation might be a traditional I-set with Washington and Mills, splitting out Wan’Dale Robinson as a wingback and JD Speilman as a split end. (Am I showing my age with that???) Grade: B

Wide Receivers: It’s hard for Adrian Martinez to find receivers if they can’t get open. And as long as Nebraska’s receivers outside the top two aren’t a threat, opposing defenses can just load the box like Ohio State did. Grade: F

Offensive Line: High snaps continue to plague this offense and disrupt the timing of the offense. Considering that the backup center is also a redshirt freshman, I can only conclude that Scott Frost and Greg Austin are doing the best with the players they were left; when there’s only four juniors and no seniors on the two-deep, this is a long term issue that we’re all going to have to be patient with. Grade: F

Linebackers: I thought the linebackers found themselves out of position and overwhelmed in this game. I wish I had a reason for optimism here, but this ws concerning. Grade: F

Secondary: The tone for the night was set by that early, awful pass interference penalty on Cam Taylor-Britt. Not that it really mattered in the grand scheme of things, but still it was just one more example of things going against the Huskers in this game. Grade: F

Overall: F We were hoping that this wasn’t going to be a long-term rebuild, but it’s looking like there’s still a lot of work to do. Time to dust ourselves off the floor, and get back to work.

This poll is closed

Rutgers: 0 Enough is enough for the Chris Ash era.

Northwestern: B+ The Wildcats haven’t figured out their offense yet, but they still play sound enough football to cause you problems if you don/t

North Carolina: A- If that’s your best two-point conversion play, Mack, then next time you are in this position, try this instead. 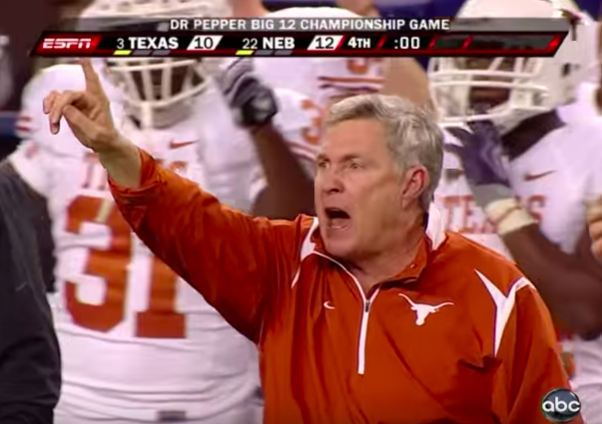