Share All sharing options for: CornNation Loses Your Money: Huskers vs. Minnesota Predictions

Brianna: There is nothing better than a good, broken chair.

SpartyOnHuskers: Last week is but a happy memory of love and marriage to reflect on in the area I grew up in through childhood. No football took place, and you will not convince me otherwise.

Nate M: I’m in the market for a chair.

Andy: Some decent games for a change. I say we bring Mick Foley to Lincoln next year and have Andy Roddick bust him over the head with a chair.

Uglydog56: Our horses are currently in Texas, receiving training from the greatest obstacle racehorse trainer in the world. Texas still sucks. Sooners Boomer.

SpartyOnHuskers: A team with no defense taking on a team that is perpetually “BAK” despite losing to Maryland. Burnt orange looks ugly.

Mike: This has been a pretty competitive series in recent years, and Texas has their best team since Colt McCoy was Ndamukong Suh’s rag doll toy.

But Suh isn’t playing in this game. Take the points, Boomers 38, Bovines 34.

Nate M: I generally think Texas is a fraud. Oklahoma by 17.

Andy: The Red River shootout actually begins tonight when drunken Okies & Longhorns will have the streets running green with rivers of piss and vomit. These crazy dickheads will fill the hospitals and jails as drink like Vikings and blunder through the streets with no care for their safety or anyone else’s for that matter. Stay the hell away lest random furniture thrown out of a hotel window lands on your skull. Sooners 38 Longhorns 26

Uglydog56: I still believe in Purdue. I don't necessarily believe in Maryland. Boilers cook some crabmeat on Saturday.

Jill: The Boilermakers have so many injuries at wide receiver that I suspect Purdue Pete might be on their depth chart at that spot. They are also working with a backup QB and rejiggered their offensive line during the week. Maryland is also rolling with a backup QB but one that has some experience. I’ll take the Terps 28 Boilers 21

SpartyOnHuskers: Most of Purdue’s talent is out injured. I’m getting the heebie-jeebies of last season’s horrific memories just thinking about it. Terps 35 Purdon’t 10

Mike: Well, we know that Maryland can paste the hell out of patsies like Howard, Rutgers and Syracuse... everybody else, though? Well, Purdue’s walking wounded has them looking more like the Bad Old Days. Turtles 45, Purdon’t 24

Andy: I’m gonna call for an upset. Maryland excited everyone after 2 games as they have been wont to do for the last few years but are now settling back in to being Maryland again. I say Rondale gets loose for a couple big plays and it’s Boilers 27 Terps 21

Uglydog56: Both teams have suffocating defenses, but only one has Jonathan Taylor. I'll take Wisky in a puntfest.

Jill: This defense might make Jonathan Taylor break a sweat. But MSU’s offense is going to let them down. Wiscy 24 MSU 10

SpartyOnHuskers: I am going to be the hopefully happy, more likely sad, MSU fan one section over from the student section (oops, didn’t do my research when I picked those tickets). As a random aside, Jonathan Taylor Thomas in Home Improvement was always quite dreamy, but Jonathan Taylor will not be if he runs over the century mark. I will clearly be celebrating MSU’s defense remembering how to tackle, instead of wasting ten yards fruitlessly trying to strip the ball as the runner breaks into the end zone... Oh, who am I kidding. Our starting RB is injured and our back-ups have all entered the transfer portal. We are doomed, doomed, DOOMED I SAY!
Sparty 10-Red Rodents 7 (I will be sitting in the stands in Madison, so your criticism of this stupid score prediction will fall on deaf ears as Jump Around blares yet again)

Mike: The Badgers are just too complete on both sides of the ball this season; Sparty isn’t. Badgers 31, Spartacus 9

Nate M: Looking forward to watching this game. We need to pull for Michigan State. Wisconsin probably still wins by 10 though.

Andy: Cheeseheads vs. perverts and felons, oh my. The distractions at Michigan St. are going to be harder and harder to ignore. Wisconsin seems to be cruising at the moment but that’s a lot of points. Northwestern had a decent blueprint loading up to stop the run and daring Wiscy to pass. D’Antonio may have noticed while not meeting with his lawyers.
Wiscy 27 Sparty 20

Uglydog56: Two clownfrauds attempting to prove the other is the more fraudulent one. Penn State finds a way not to lose.

Jill: The rankings say this should be a good game. I’m not buying it. Nittany Lions by 14.

SpartyOnHuskers: I know it’s Iowa, but I really hate Penn State. I hope the Hawkeyes get the bounce back win. So, based on hope alone: Iowa 5-PSU 2 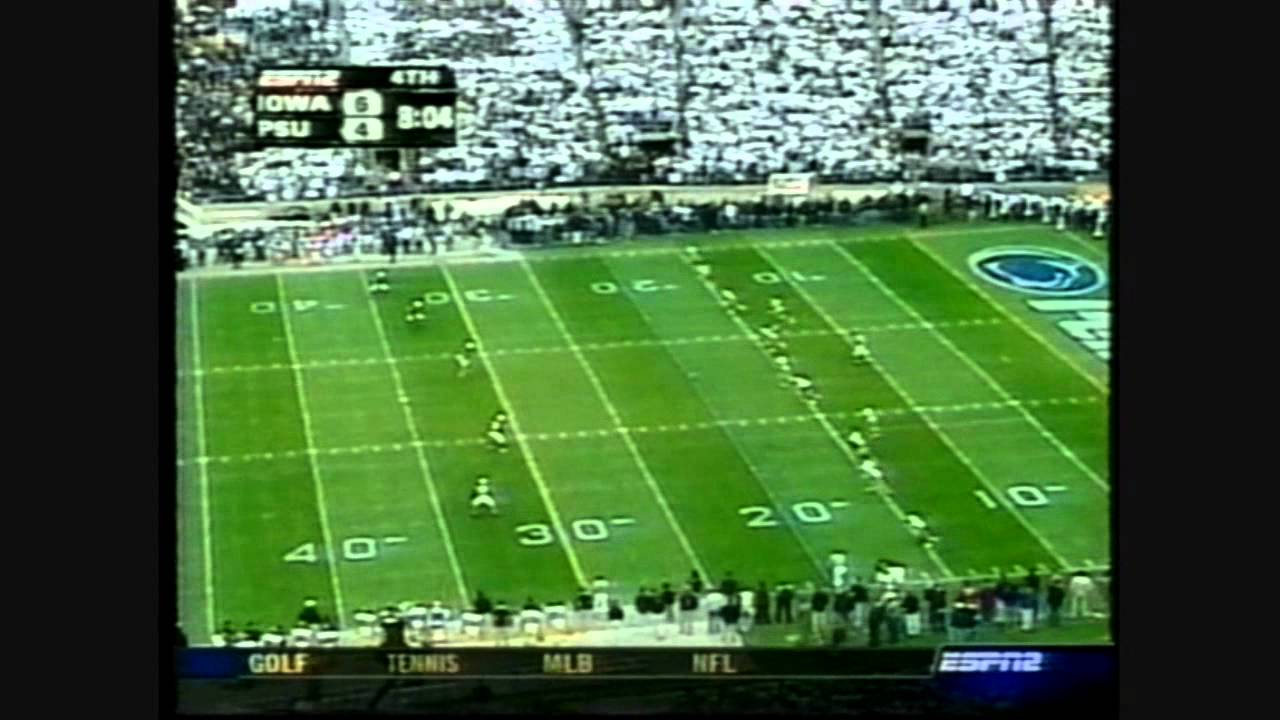 Mike: Both teams are surprising this year, but I think there’s more substance in Happy Valley. But weird things happen in Iowa in the dark. Still, I’m going with State Penn 28, Squawkeyes 17

Nate M: Penn State looks like the only team that could beat Ohio State. So with that I pick them to win by 14.

Andy: With a stifling defense and an offense that struggles to score against D1 competition, Iowa is bringing back old-time Big 10 football - you know, the kind that makes a 13 inning 2-1 baseball game look exciting by comparison. I’d rather watch turtles screw in the backyard for 3 hours than this shitfest. Penn St. 16 Bird Dropping 6

Uglydog56: I just don't sée a win here for the good guys. Sorry Jon, you're going to have to listen to your rotten son give you crap for 12 entire months. Edit: I keep circling back to this one. The weather should inhibit the Gopher passing attack. Nebraska can stop the run. Gophers are prone to turnovers. Huskers find a way to win late.

Jill: I think Minnesota is a fraud of an undefeated team but I also don’t think Nebraska is the team that can expose them. A wounded Husker squad in crappy weather and a propensity to turn the ball over are a bad combination. I love Bri’s optimism but I see this one going the home team’s way. Gophers by 7.

SpartyOnHuskers: I am going to presume Martinez is injured. This prediction cannot be held against me if that is not true. Boat Rowing Rodents 42-Huskers 34

Mike: Minnesota’s undefeated record could just as easily be a losing record right now. Their start is just about as fraudulent as Nebraska’s 2016 7-0 record to start the season. Lots of uncertainty in this one, but I think the Good Guys keep the chair, no matter who plays quarterback. Huskers 28, Goofers 20

Andy: Maybe I’m turning into a softie but I already sensed something special might be in the air Saturday and Tom Shatel’s article on the Noah Vedral tomorrow/Matt Turman in ‘94 connections clinched it for me. He showed last week that he has the legs, arm & knowledge to move the ball in this offense. The defense, except for Ohio St, isn’t elite yet, but it’s damn stout compared to last year

And I’m sorry but didn’t we rip these guys by 25 last year and now they’re suddenly light years better and we have no shot??

No way in hell, my friends. No way. The Turman family magic strikes again, only this time with some numbers for the QB instead of 56 carries by Lawrence Phillips. (Yes, I exaggerated. Sue me.)

And PJ Fleck is just irritating as hell with his stupid sweaters and boat-rowing drivel. Suck it, Gophers, we’re keeping the chair.
Huskers 40 Gophers 28