Share All sharing options for: Cobs of the Week: Chris Lammons, Purdue, Ejuan Price, TJ Watt and the NU/UW Refs

This was one of those weeks where we had a couple of candidates jump out so much, we really had to dig for some others. Some wanted to nominate Michigan State’s Mark Dantonio for his Ferentzian math at the end of the game; others pointed out that with only one second left, it didn’t really matter - except to Las Vegas. Others wanted to go off the field to find suckage, but frankly, it wasn’t at all humorous. After all, the point of the Cobs was to celebrate the suckage. So what do we have this week as candidates for the Worst of the Weekend in College Football?

South Carolina cornerback Chris Lammons took physical play to the WWE level, and earned himself an early trip to the showers.

Not sure what Purdue was trying to accomplish with the "Tribute to Lydon Murtha" play. If it was to make sure nobody got killed and to waste a down, then I suppose it’s "Mission Accomplished".

Basketball players are wearing longer and longer shorts in games; so much so that they are almost capris. Pitt defensive lineman Ejuan Price is moving things in the other direction... he’s now wearing shorts that keep getting shorter. And shorter. 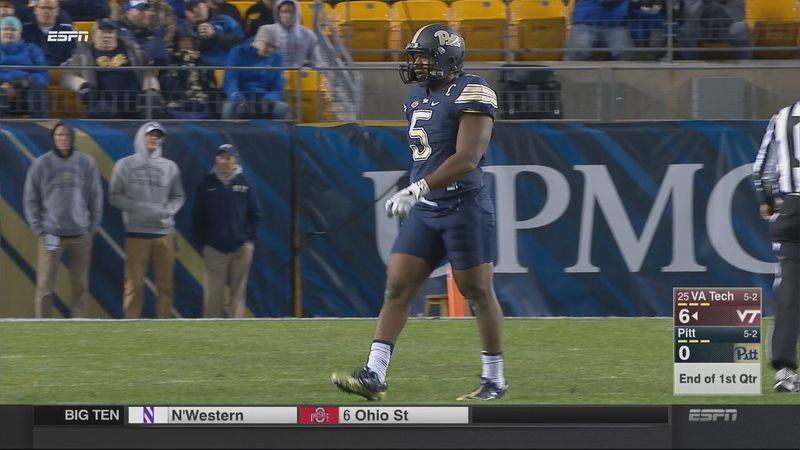 If he keeps this up, he may be wearing Daisy Dukes in the bowl game.

Wisconsin linebacker T.J. Watt found the surest way to prevent another Westerkatch: just knock him down.

How is this NOT pass interference by Wisconsin?!? But very proud of the #Huskers for their fight. pic.twitter.com/3gwIbiGUL5

The Referees Who Just Watched Westerkamp Get Posted

Most Husker fans missed Watt’s takedown of Jordan Westerkamp watching it live, because all they saw was the ball nearly being picked off by Sojourn Shelton.

I don’t know what he was throwing at there

Totally understandable; as the ball passed by, all you see is a little bit of Westerkamp’s pants as he goes to the turf. Then you watch the replay and realize that there’s a Nebraska wide receiver buried under all that. Easy pass interference right? But no flag. Why? I’m sure Mike Riley asked the league office that very question.

So who’s the worst in college football this week?