We interrupt the Corn Nation Big Ten Power Poll to bring you this special message from Amazon.com.

Who Ordered this Truckload of Dung? 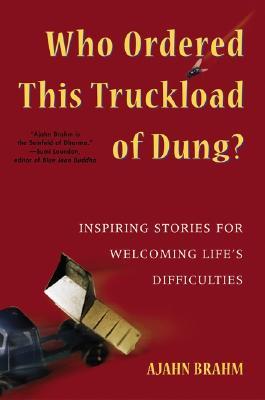 Featuring titles such as "The Two-Finger Smile" and "The Worm and His Lovely Pile of Dung," these wry and witty stories provide playful, pithy takes on the basic building blocks of everyday life. Suitable for children, adults, and anyone in between, this eloquent volume wraps insight and inspiration inside of a good old yarn.

Paul - Wow. Where to start? Sparty looked good for most of Saturday until Oregon’s speed and overall BetterThanYouNess took over. Oregon had two legit All-American candidates on the field, and it showed. But even in the loss they are manifestly the best team in the Big Ten by a large margin. Slotting Nebraska, Iowa, Minnesota, Wisconsin, Ohio State, and Penn State is basically a pick ‘em. Until they start playing each other 2-7 are more or less interchangeable.

And the bottom of the Big Ten is bad. Really bad. Off Tackle Empire went so far as to tell Purdue to smarten up or stop playing football. Then they called for Delany to resign. I can’t say I disagree. As it stands right now the Big Ten, the winningest conference in football, is a joke. Something needs to change.

Mister Mike - Agree with Paul. The Big Ten is really horrible. Like atrocious. It was easy to see on the field this weekend. We’re behind in almost every appreciable metric. Which is crazy, because there are not many schools with the kinds of resources and alumni bases that the B1G possesses, yet...here we are.

I. DON’T. CARE. that it’s "only Week 2." We whine about "respect" and "SEC bias," but yet we don’t do anything to earn respect. There’s no way that teams like Nebraska should struggle to stomp on the throat of an over-matched FCS (or FBS...I’m looking at you Iowa) opponent, and I could really give a shit how many "FBS Transfers" play for them. There’s no way Michigan should get blown out by the Domers on national TV either.

Does the B1G want to be elite again? Then start spending on recruiting, marketing, and coaching. Otherwise we’re going to get left behind. It’s already happening.

Ranchbabe: I wanted to rank everyone 4th or below. No one really deserves better than that. I finally looked at how many ‘good’ quarters of play each team has produced, multiplied that by a "WTF factor" and divided by how much I dislike that particular team. All in all, I have no idea how to rank this steaming pile. On the bright side, we have 2 ¾ more seasons to watch Westercatches. I needed something to make Monday better.

David: We should just call it the B1G Impotence Poll. Rank them from the most impotent to the least in need of Viagra.
Andy: I opened & closed my favorite bar Saturday because it’s one of the 40 Things Every Good Drunkard Should Do Before He Dies so I had it on my bucket list and the fates finally conspired to make it happen. Now, it just feels like I did something medicinal to dull the pain. Piss on analysis this week. It’s like the Big 10 is George McFly and the rest of the Power 5 are Biff. Fuck this stupid conference.

Brian: You can pick (probably) the top 2 and bottom 4, and just spin a wheel with the rest of them. Cause right now, it's a bad time. I don't think Michigan St is bad, and I honestly don't think Ohio St is bad off after they both lost. However, With the way tOSU looked vs. Navy, that's my difference between 2nd and 3rd. Nebraska 4th. Why? Tell me that with a middle of the road effort (not as good as FAU, not as bad as McNeese), who above Nebraska could they beat? Consequently, who below them could beat them with the same effort?