The school will wear this year's version of the non "traditional" uniform for the Big Ten opener.

We knew they were coming.

Earlier this week, at the Big Ten Media Days, Nebraska Cornhuskers Head Coach Bo Pelini was asked about the alternate uniform that Nebraska has worn at home the past 2 seasons. And when he answered, he believed it was going to be for the Illinois game at home on Saturday, September 27th.

Well, he got that right.

Who showed it first to the players?

Who's the new recruit? #Huskers pic.twitter.com/l5DgNPjwZa 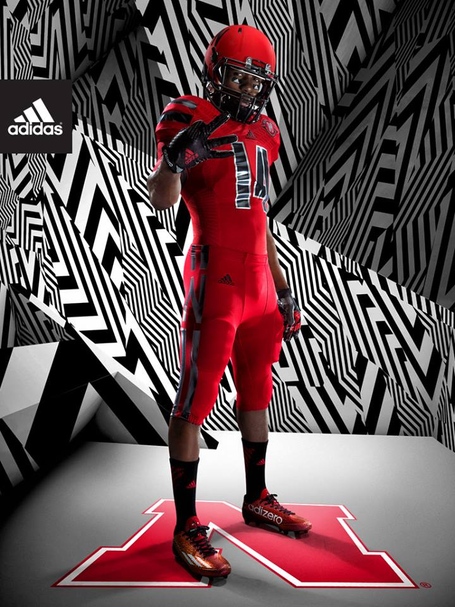 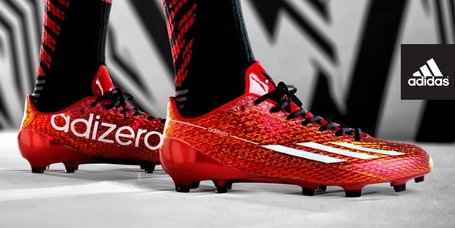 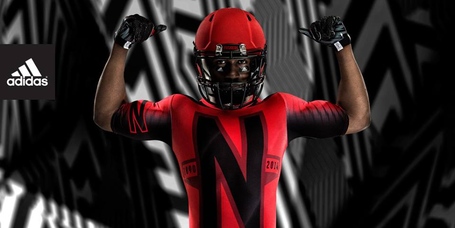 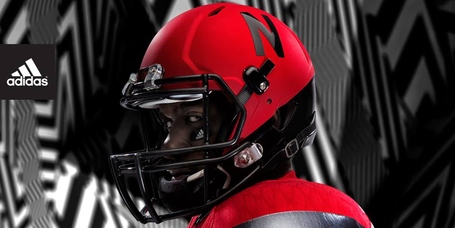 Initial thoughts (my opinion, no one else's)

- The helmet is pretty good. Two tone, looks like matte & shine combined. I like them a lot.

- The actual uniforms. I would probably like them a whole lot more if they didn't seem like recycled from the 2012 version vs Wisconsin. The numbers look like better quality, but the nameplate and scheme is something we've all seen before.

- The black N logo on the side of the pants gets lost if you're not looking for it.

- Gloves and undershirt seem alright, but again, recycled is the word that pops up in my head.

The University of Nebraska and adidas unveiled new Red Rising TECHFIT football uniforms this morning that the Huskers will wear on Sept. 27 when they host Illinois at 8 p.m. on Homecoming.

Celebrating the 125th year of Nebraska football, the new all-red uniform features black metallic stripes on the jersey and pant, ultra-light black and silver metallic numbers and a large Nebraska "N" on the chest of the TECHFIT compression base layer.

Nebraska’s new uniform also incorporates TECHFIT Shockweb technology. The adidas TECHFIT  Shockweb uniform is the only true compression uniform system in the industry. Shockweb fits tighter to the body, making players more difficult to tackle. TECHFIT Shockweb is lighter, helping to make the player fast and increasing his range of motion, to support the athlete's performance at the highest levels.

Your thoughts will be in the comments below. Lets behave, folks.

UPDATE: Here's video from BTN/Huskers.com on how the players saw the uniforms for the first time. Pay attention to who is wearing it.

UPDATE: Thoughts from other SBN contributors.

I don't know why Adidas insists on making Nebraska look like an element on the periodic table.

Adidas murdered the uniform, but that Nebraska helmet is pretty great.