No flakes today. The laptop is being examined by Apple, which means I don't have my regular tool set for finding articles. Basically, without a laptop, my laptop, I am next to worthless. Mostly I'd like to cry in a fetal position on the floor, but necessity requires that I get up and go to work.

I recently purchased a flat bed photo scanner, the intent being to dig out the thousands of negatives I have from the film days and start rifling through them to find anything worth salvage. It's taking more time than I thought, as most of the negatives are black and white and the scanner doesn't automatically do the best job of converting the exposure. Then there's all those scratches and pieces of dust.

The flaws can be repaired, I assume, by photoshop or something similar, but I confess I'm not that good with those programs. Most of my work now is done in Aperture (being the Apple fan boy that I am) where I need only manipulate exposure and saturation, not clean up dust particles and scratches. I guess I have some more to learn.

The contact sheet for these photos is labeled "1982 Red White Game" with a date of 5-13-82, which would have been the date at which they were developed. I want to say that photo that headlines this article is of Mike Rozier. Other CN writers disagreed. One, forever in character, said it was Brian Bosworth.

The images are reduced here, click on each to see a bigger image. 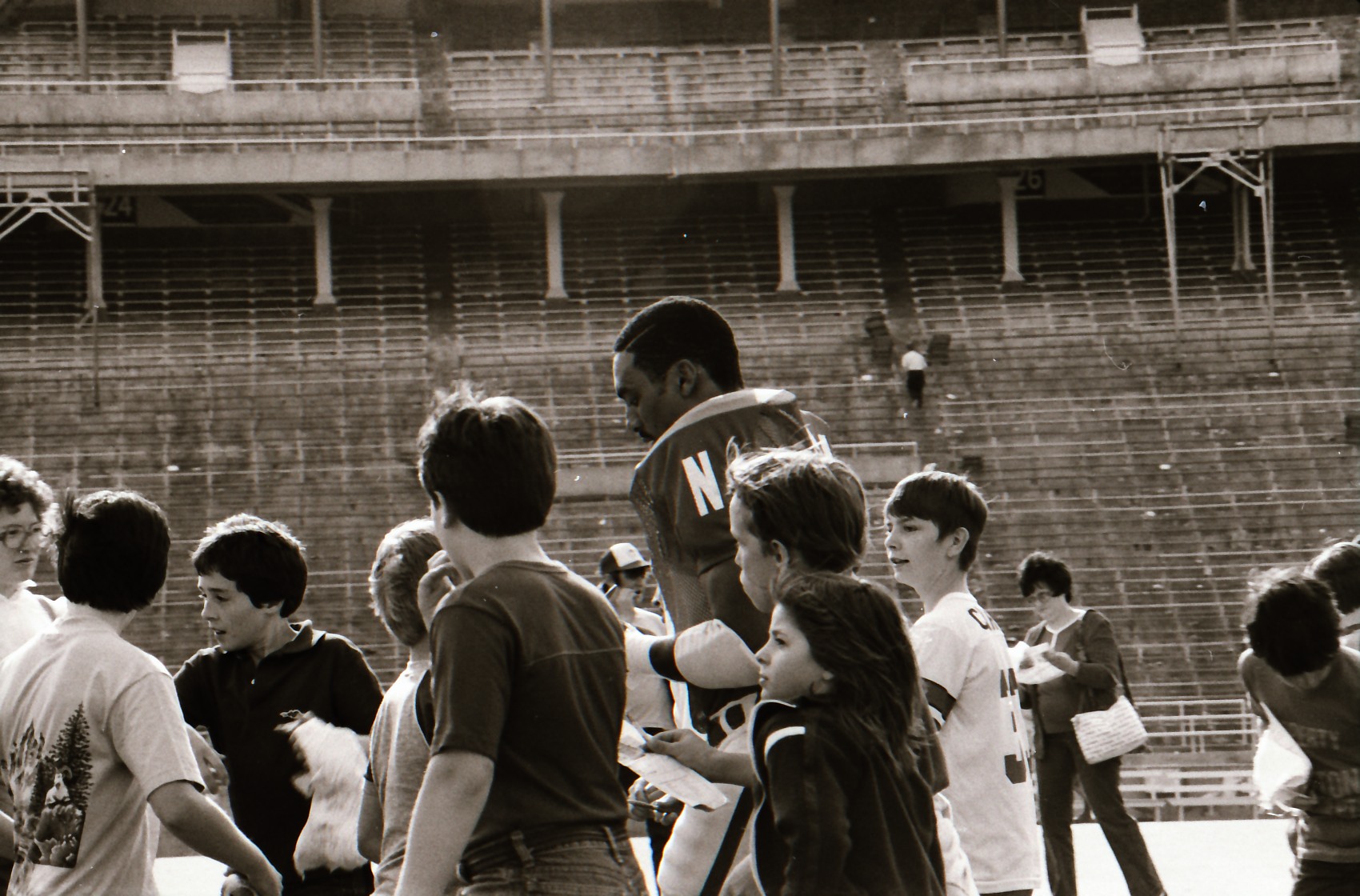 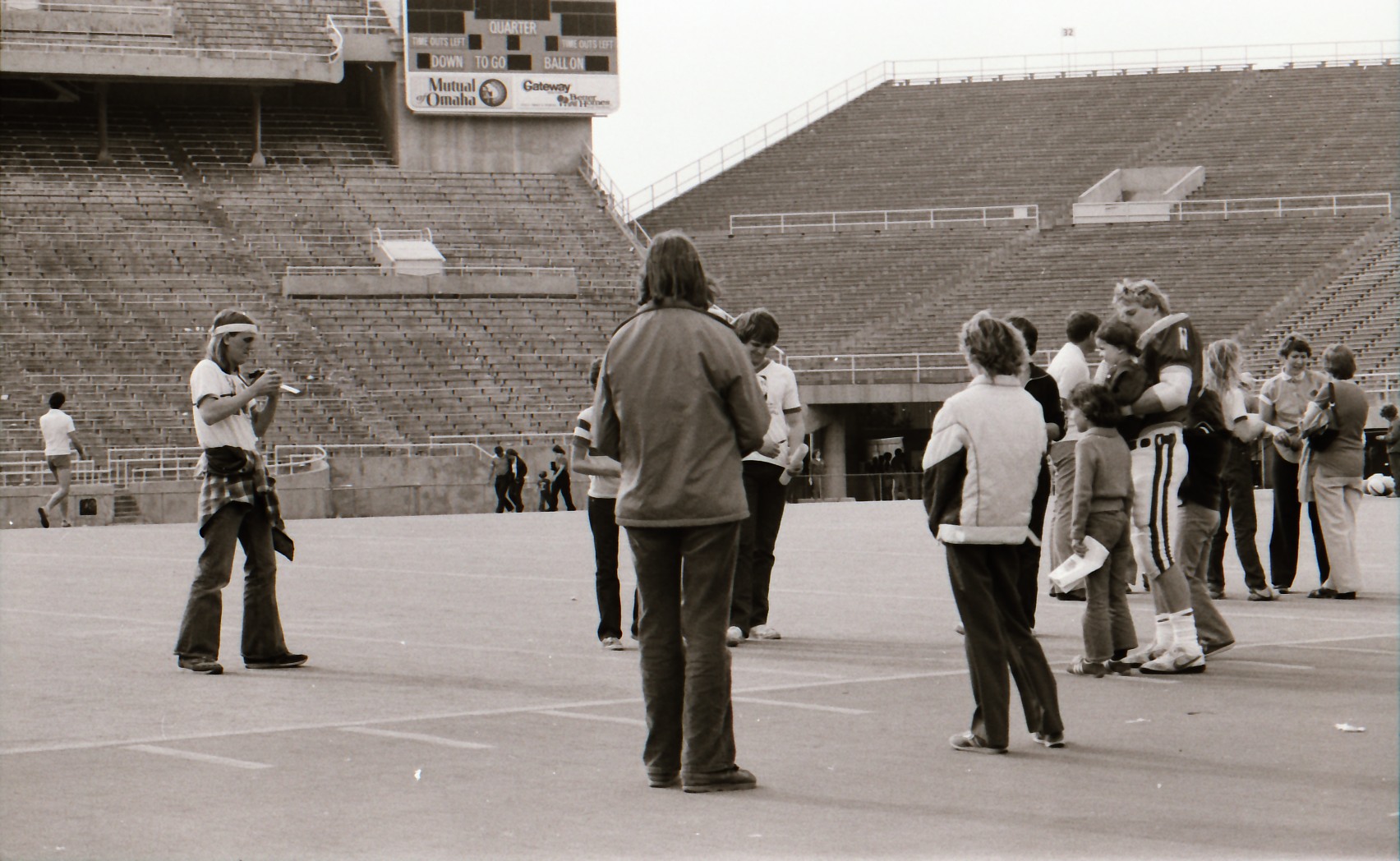 Notice that not everyone is decked out in Husker gear, as if they're wearing some sort of uniform themselves. This is similar to the 1973 spring game photos I posted earlier. 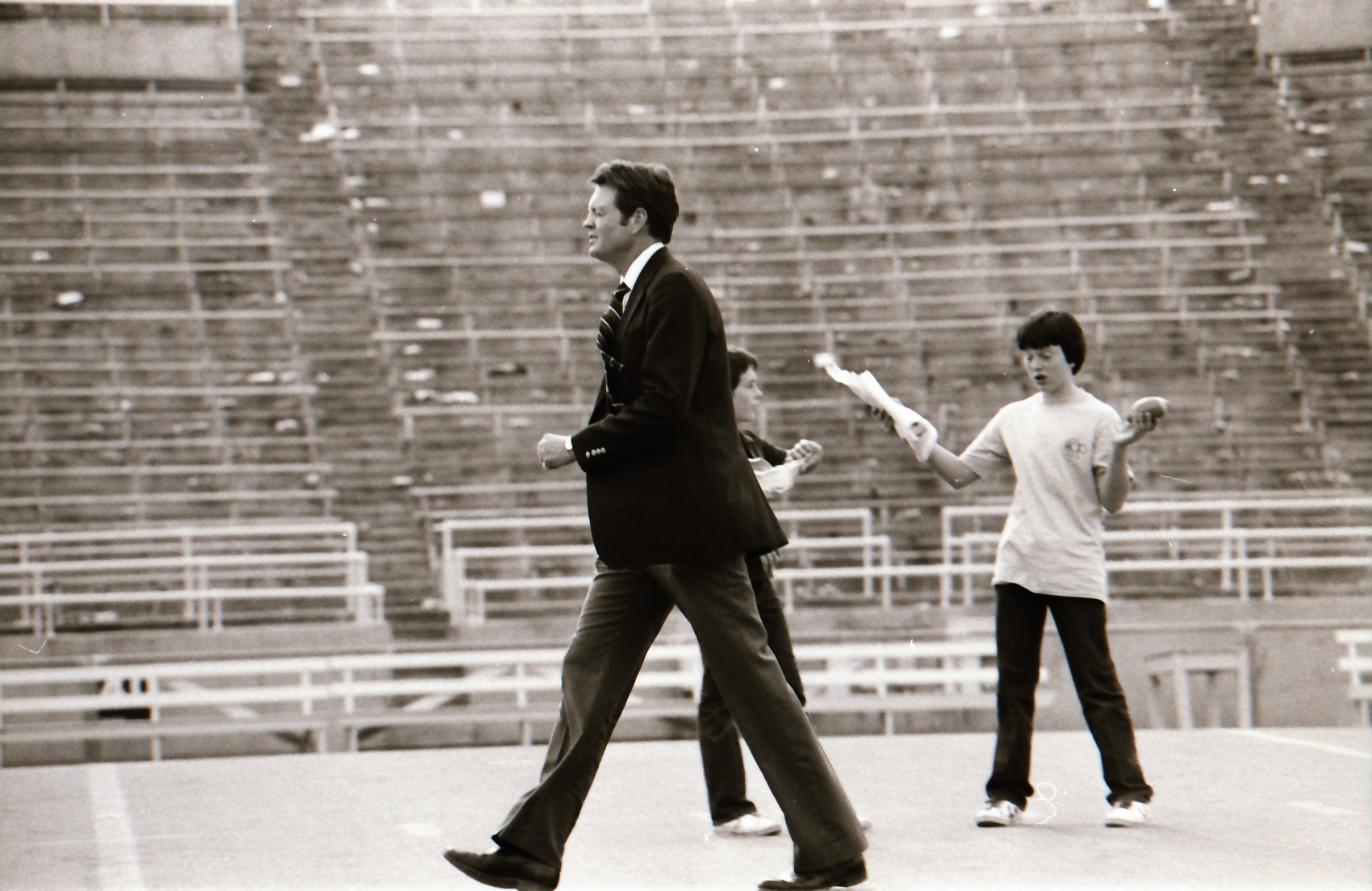 And then there's Tom Osborne, obviously a much younger man, but with absolutely no one chasing after him as if he's some sort of celebrity.

Also notice that there are few fans. Go back and compare that to 1973 where there were a lot more fans at the spring game. The difference? In 1973, Nebraska was recently coming off two national titles and the expectations had to be very high.

In 1981 the Huskers had started 0-2 (losses to Iowa, Penn State), and people freaked out. It was as if the world were coming to an end. Osborne brought things around, beating Oklahoma 37-14 at the end of the regular season, but losing the Orange Bowl 22-15 to a cheating bunch of scumbags from Clemson (maybe that's redundant).

Maybe expectations weren't so high entering 1982. Maybe people were in a wait and see mode.