People really think batman is the best DC hero he's a ninja people. I don't care what the comic says, he would get WORKED in real life

Uruguayan striker Luis Suarez chomped down on the shoulder of Italy’s Giorgio Chiellini in Tuesday’s group stage match. As a result many brands decided to have their say on this bite seen around the world.

If only Suarez had Whataburger before the game he wouldn't be so hungry.

Biting is only okay when you're made of cinnamon and sugar. #BanSuarez #WorldCup pic.twitter.com/SPsWYih153

Even Evander Holyfield expressed his thoughts on the incident.

I guess any part of the body is up for eating. 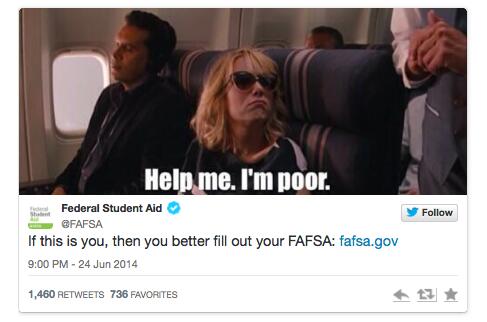 A first for everything pic.twitter.com/qT84Hn9shP

GUIDE TO WHO TO ROOT FOR: USA VS. GERMANY pic.twitter.com/waFOXRdjQp

Johnny Stanton and Michael Rose leave us with inspirational quotes.

If you're going down a road with no speed bumps, you're going to hit a dead end. If you have obstacles, you must be doing something right.

"Most people are more afraid of succeeding than failing, because when you succeed their is an expectation along with that, most do not want"

Johnny Stanton has hope for the future Husker generation.

Walking by 1st graders on a tour of the stadium as one of the says "it's beautiful" as she passes the row of jerseys and trophies. I love it

Matt Finnin describes the life of an early bird.

He also has advice on how to deal with Jehovah’s Witnesses.

Quickest way to get the Jehovah's witnesses off your porch is telling them you worship satan. Whether true or not, it's Jehovah repellent

Faux Pelini live tweeted USA-Germany. He didn’t seem to appreciate Germany or the referee for that matter.

GERMANY IS A BALL HOG

EVEN SOCCER REFEREES ARE BAD PEOPLE

.@Cristiano THANK YOU I ALWAYS LIKED YOU

I BELIEVE THAT WE WILL WIN the goal differential tiebreaker

The Husker volleyball team has moved from Japan and China. Click the link for some entertaining updates.

Huskers bounce back tonight and defeat the china champs 15 13 in the 5th. Sold out arena. Televised in china. #gbr

Faux Pelini seemed confused at the concept of a penalty shootout.

OH MY GOD WHERE IS THE DEFENSE, THESE GOALIES ARE THE ONLY ONES EVEN TRYING

TWO GOALS IN 120 MINUTES, AND NOW BOTH TEAMS ARE ON FIRE

Some Husker student athletes take some of their time to help out the community of Pilger.

Thankful to be safe and landed on the ground little girl in front of me is a trooper. pic.twitter.com/pXQXZIl1Ag

Thankful to be safe @united pic.twitter.com/47AkOhczNJ

Tunnel Walk of Shame decided to do a humorous take on this incident.

Taylor Martinez's plane made emergency landing tonight because the inflatable slide deployed mid-air. I mean. Yeah. He probably deployed it.

I'd RT Taylor's picture of the slide deployed INSIDE THE PLANE but I think he blocked me, which was probably the right thing for him to do.

If you think Taylor looked at the illustration of someone SLIDING OUT OF A PLANE and didn't immediately hatch a plan, you're wrong.

That'll show United Airlines, though: you let Taylor in that cockpit or things are gonna get messy.

"What do you mean there's no Hi-C Ecto Cooler on the drink cart?" [kicks emergency door open]

And last but not least Faux Pelini takes a shot at Iowa.

A TORNADO HAS BEEN SPOTTED IN IOWA, PLEASE IMMEDIATELY PROCEED TO THE END ZONE IN IOWA CITY WHERE TOUCHDOWNS ARE EXTREMELY RARE

I hope these tweets brightened up your Monday! Which one is your favorite? Here is last week's entertaining Twitter Recap. GO BIG RED!!!