Nebraska baseball has earned their first NCAA tourney bid since 2008. The Husker baseball will head to Stillwater, Oklahoma as the #2 seed in the Stillwater regional, which will be hosted by Oklahoma State. 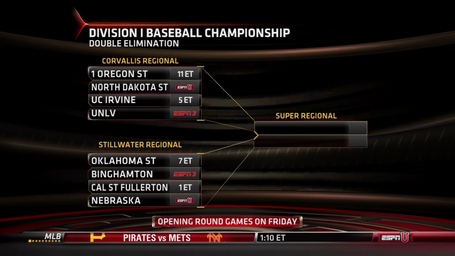