Here we go, the opening game for Nebraska in the Big Ten Baseball Tournament, as they take on the Ohio State Buckeyes at TD Ameritrade Park.

Are you ready? It's time for the game!

- In their previous meeting this season, Nebraska came from behind in all three games versus the Buckeyes. On April 4th, Nebraska won 3-2. April 5th saw a 4-3 victory for Nebraska. The Huskers swept the set with a 2-1 victory on that Sunday, April 6th. In all three games, Nebraska starters went the distance and the bullpen was not used at all. 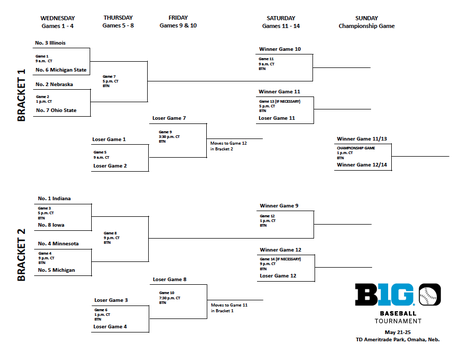