From 1972 to 1977 the Environmental Protection Agency sponsored the "Documerica" project where approximately 70 prominent photographers were hired to "photographically documents subjects of environmental concern".

One of those photographers, Charles O'Rear, chose to take photos of the 1973 Nebraska spring game. One might question the environmental concern of such an event, although the photographers were apparently given a pretty wide berth as to what they chose for subjects. Approximately 15,000 of the photos from the project are available on Flickr (which make for interesting viewing as they cover 'Murica. O' Rear's photographs are here and include many shots around Nebraska from that time period.)

I have included O'Rear's photographs from the 1973 Spring game along with some random crowd shots I asked Husker Mike to take at this year's spring game if for no other reason that the CN community can have some fun comparing 2014 to 1973.

The images are reduced here, click on each to see a bigger image. 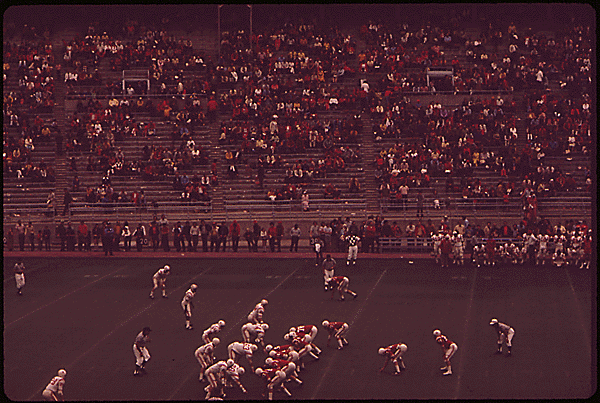 Original Caption: A big annual event is the spring football game at the University of Nebraska. This is an intra-mural game, and many fans sport the colors of the team, the "Big Red," May 1973 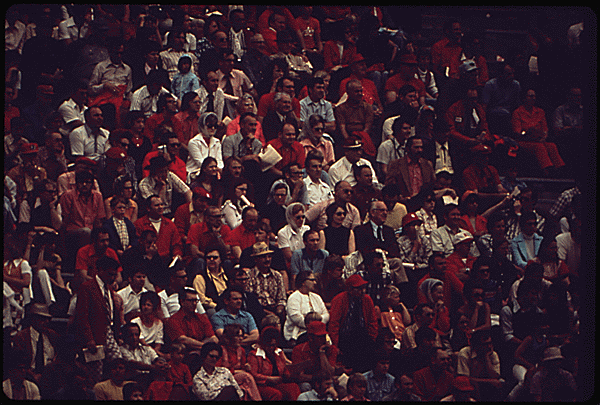 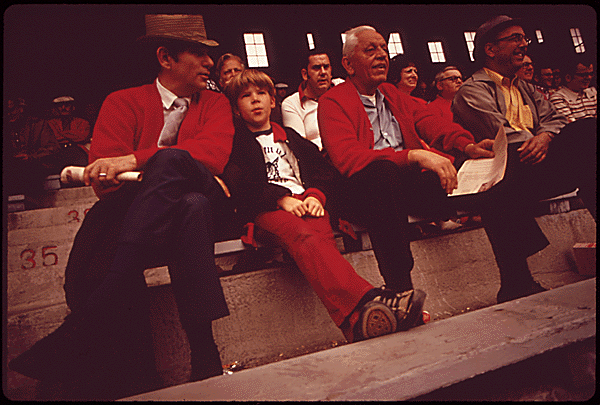 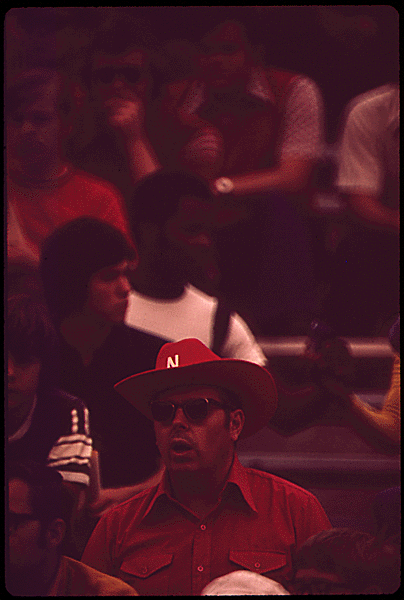 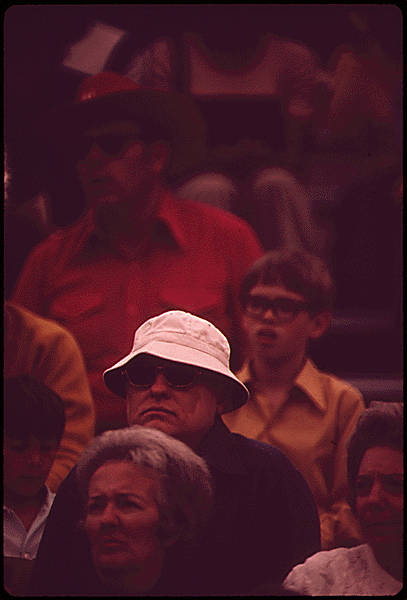 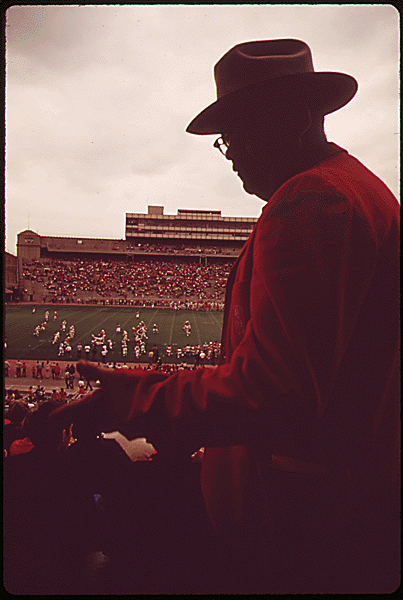 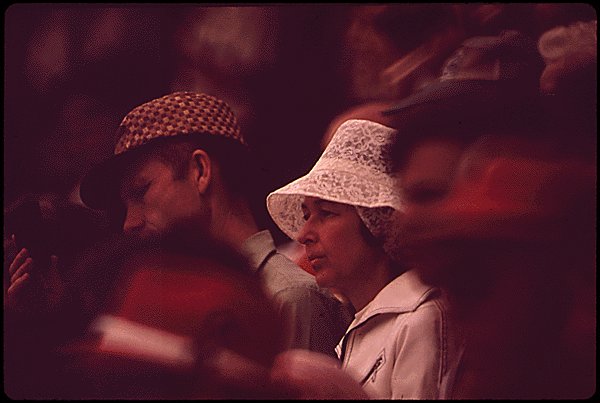 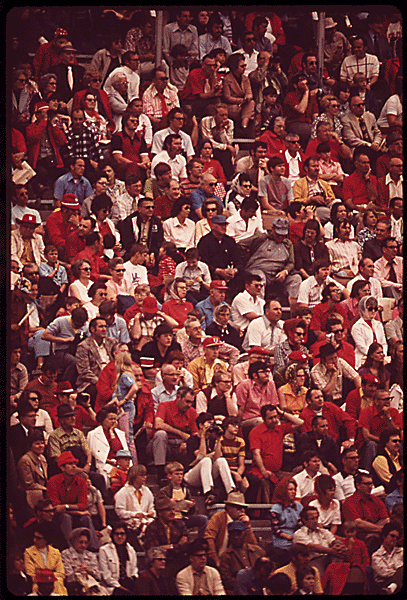 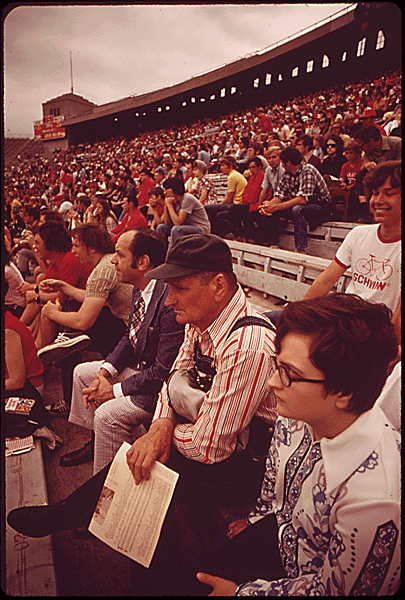 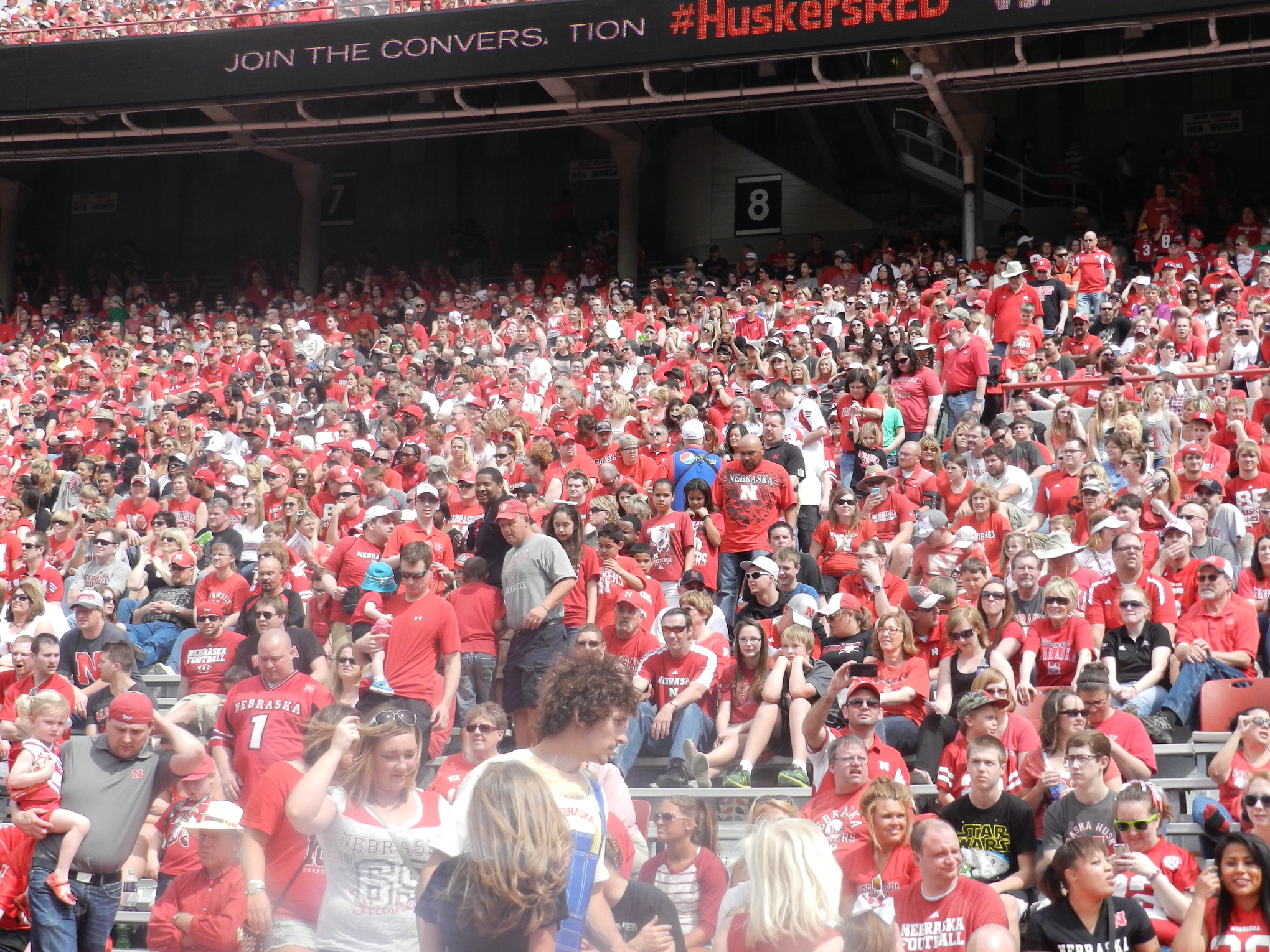 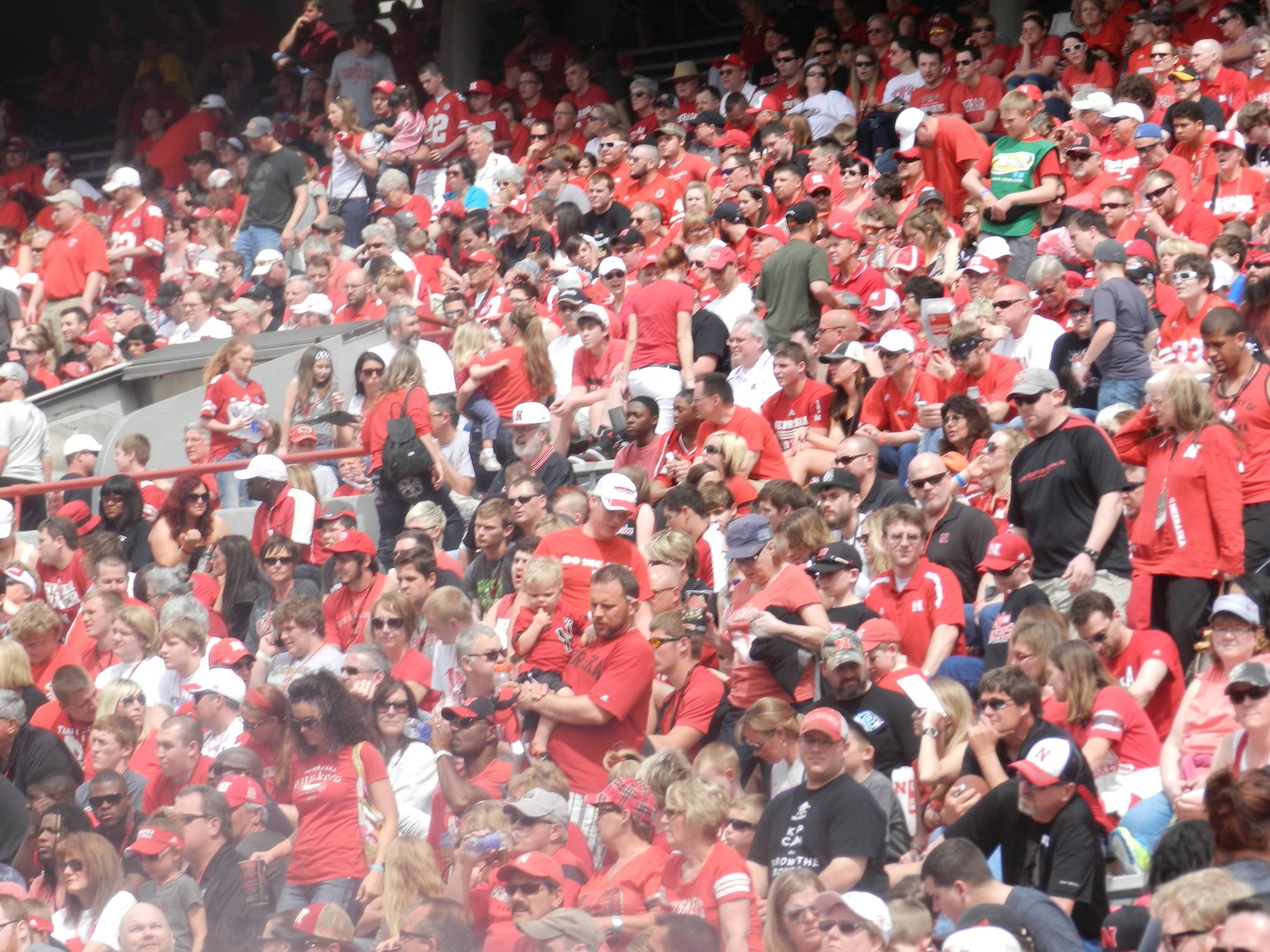 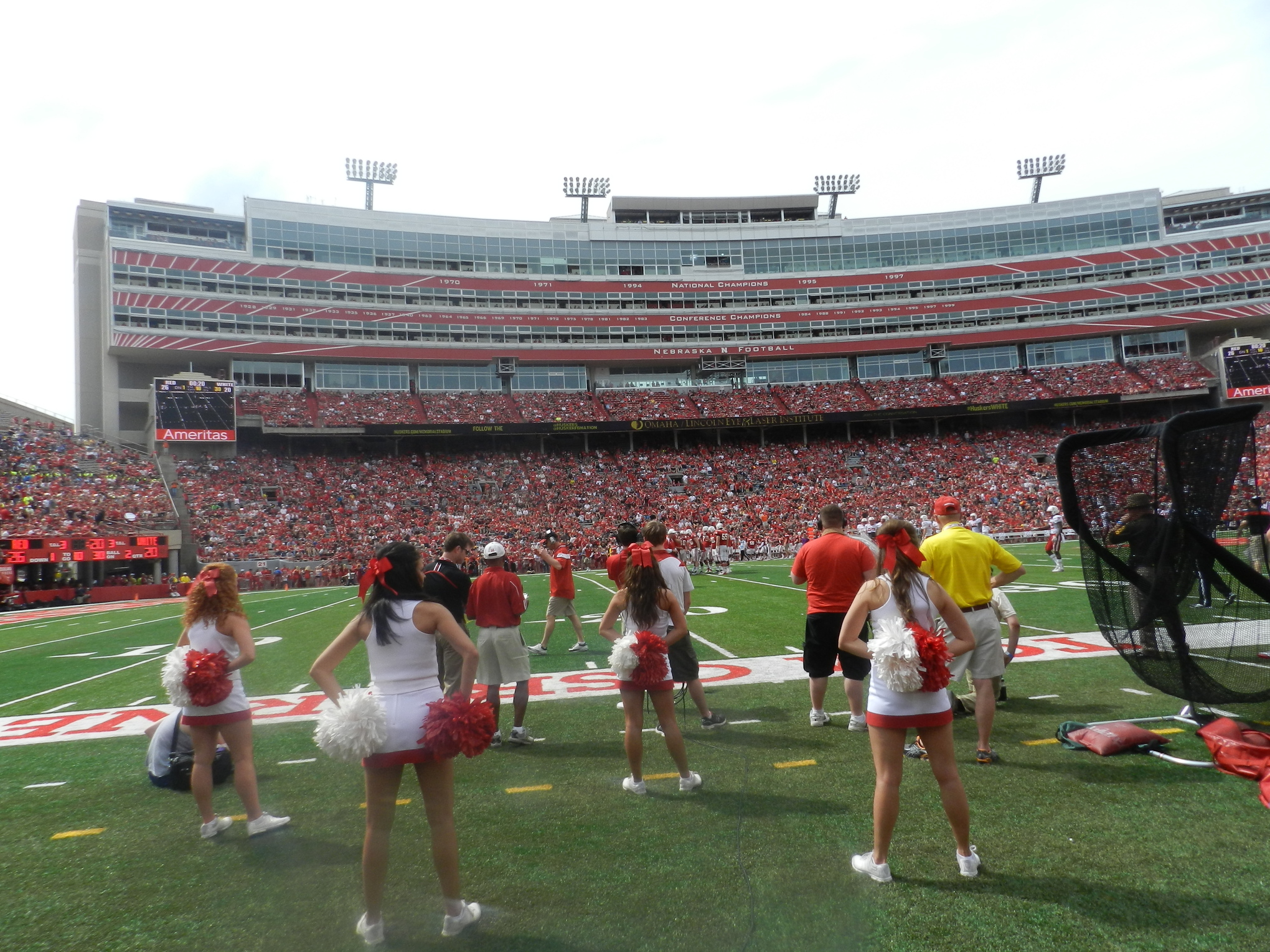 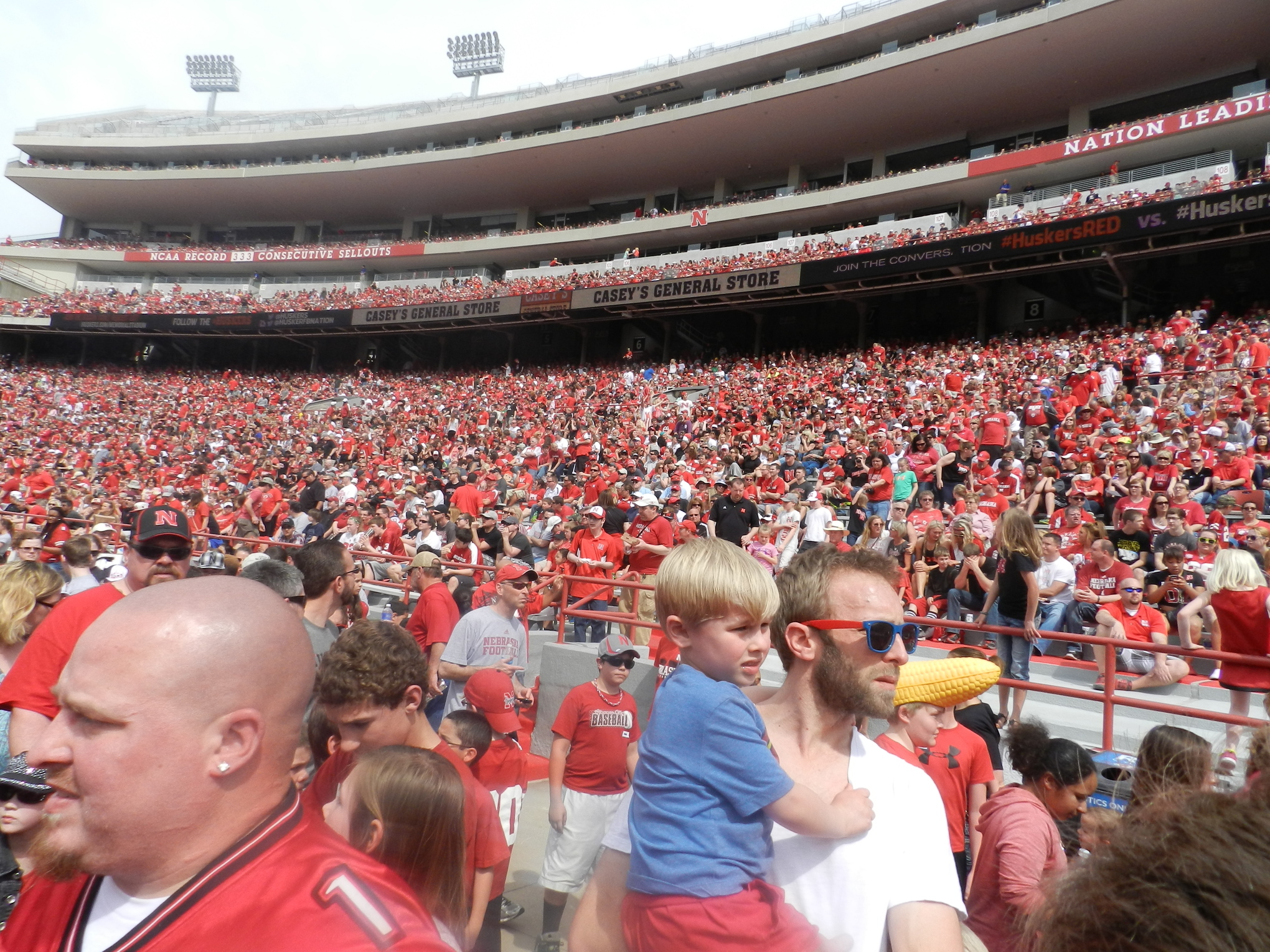 The most obvious difference (other than crowd size, obviously the stadium has expanded quite a bit since 1973, and the crowd size along with it) is the fashion. The vast majority of fans in 2014 are wearing some kind of "Nebraska football" apparel. In 1973, you have fans wearing red, but not a whole lot of real apparel.

If you're a photographer, the project should remind you of the Farm Security Administration's project during the Great Depression. That project resulted in some of the most iconic photographs in American history, taken by greats such as Walker Evans and Dorothea Lange.