Husker Recruiting Under Bo, Postscript: A Quick Look at the 2011-2013 Classes

Share All sharing options for: Husker Recruiting Under Bo, Postscript: A Quick Look at the 2011-2013 Classes

I couldn't just stop at three,I guess, but don't get too hyped up. This is a VERY fast rundown of the last three classes, but there's still a few interesting things to note despite many of these players having multiple chapters left in their college careers.

With TEN 4-star signees, the 2011 class looked like it had the potential to be much more than the recruiting services gave it credit for, but transfers & busts have likely dropped its overall value considerably. The 2012 class was small, but it is playing out early as Pelini's finest - note the number of freshmen and redshirt freshmen who have already seen significant time on the field. 2013 appears to have much potential at the top but the great majority redshirted, so they're basically a work in progress. 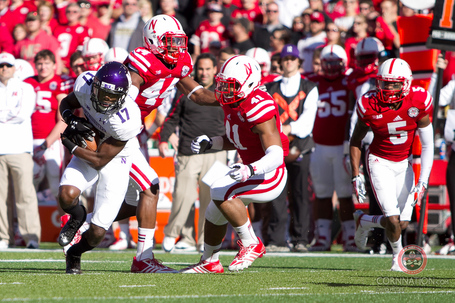 Santos appeared to hit his groove once Rose moved to the Mike.

- Abdullah & Stafford to a degree are the established jewels, Santos may play out that way as well.

- Including Bondi as a bust as well, have to believe staff doesn't have faith when they dole out another scholly to kicker when Bondi has 2 years left

- 9 players with potential for improvement and/or impact

- Without a huge leap from a few guys, the number of 4-star recruits who pan out to level will be 2/10 by my count 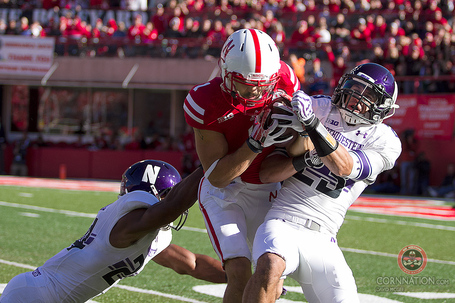 Westerkamp made the The Catch II. Will he continue to earn more looks?

- Brown, Afalava looking like only busts thus far, can't place that tag on Moss after his 2013 season despite leaving

- Despite small size, this class is shaping up to easily be Pelini's best

- Expect more LB's to transfer after spring and/or 2014 season. Too much talent at the position in last two classes. (Santos, Rose, Banderas, Gerry, Love, Newby) 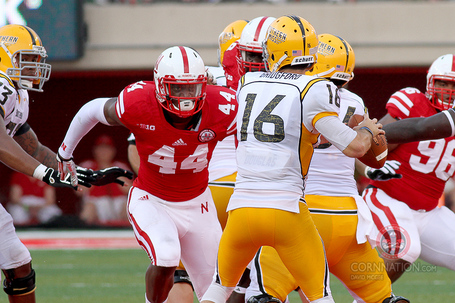 A sight that became more & more familiar for opposing QB's.

- 4 saw significant playing time as true freshmen. Add in Gregory and the long snapper as well as members of this class on the field.

- 3 players never made it to campus - 2 academic, one kicked off. Like early 90's Dr.Tom, does that mean Bo is easing up on chiefly recruiting boy scouts on the honor roll? Or is it just a blip?

- I tried to stay away from practice/scout team chatter about the 2013 redshirts; if they sat out last year, I just noted & moved down.