HUSKER RECRUITING UNDER BO, A REVIEW: CLASS OF 2010

The last in a look backwards to see how Bo's first three classes played out. I use lots of stars and percentages, so despite my extreme subjectivity, it all looks very, very official. Sort if like Officer Obie in "Alice's Restaurant" with his 27 8x10 COLOR GLOSSY PHOTOS WITH THE CIRCLES & ARROWS AND A PARAGRAPH ON THE BACK- Well, you get the picture.

Share All sharing options for: HUSKER RECRUITING UNDER BO, A REVIEW: CLASS OF 2010

This was a class that had me thinking BOOM & BUST as I went down the list. There were some pretty solid citizens, some high ranked busts, a few absolute wastes of scholarships and maybe the best Husker JC recruit ever not named Rozier.

It was ranked #22 by Rivals and failed to crack ESPN’s top 25 for the second straight year. Lavonte David was the crown jewel of this group, but when it came to 4-star signees, this class was best known for how many of them ended up as busts or transfers (and for the ranking purposes of this little study, those are generally considered to be the same thing)

Carnes - barely saw field, transferred. Harper-academics. Heard - transferred. Rome - transferred. A-Rod - didn't quite perform to that level. (Cooper has a very good chance to finish his career up there)

Whatever the reasons may be, coming up short on five out of seven high level recruits is never a good thing, especially when you add in four additional misses on the defensive line and two more on local kids.

Here's the breakdown (I added an RS+1 for players coming back for one more year): 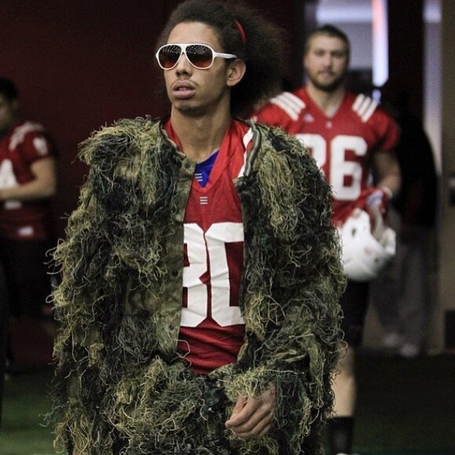 The Wookies just got themselves a 4-star deep threat. 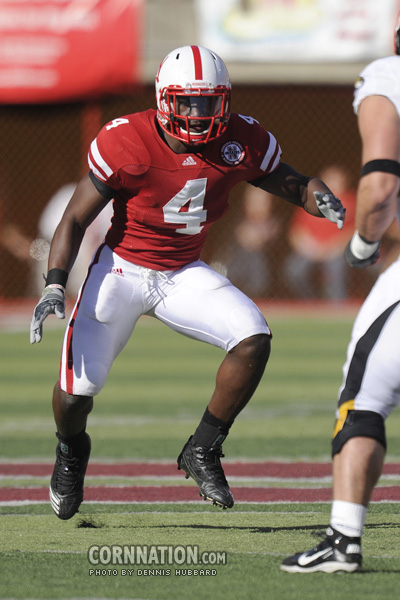 Another Misery LT prepares to swat at air while Gabbert makes the sign of the cross.

Quincy Enunwa - *** - Four year player, three year starter, team leader/captain, upgrade for 99 yard TD vs. UGA (go ahead, enjoy it again) & for some of the most violent stiff arms & blocking in school history. Making D-backs wet themselves on the field of play is an extra star - ****

Jemarcus "Yoshii" Hardrick - **** - JC recruit, 2 year player, senior starter, no upgrade for being named Yoshii but we still loved it (don't Google Image search Yoshii under the influence of drugs. Trust me.) - ***

Bronson Marsh - ** - besides NU, only rec’d offers lower D1 & below, probably should have only been offered preferred walk-on except for minor media firestorm that it was somehow a slap in the face to Nebraska HS football to not offer a ride to the state’s Player of the Year - Bo may have been guilt-tripped into last minute offer. Grayshirted, did not play, transferred to Kearney - *

Tobi Okuyemi - *** - One of 4 DE’s in the 2010 (Ashburn, Okuyemi, Cotton, Vestal) class that has failed to produce any significant playing time at the position (Cotton moved to OL) - *

Chase Rome - **** - played two years with spot starts but apparently not enough, suspension mixed in as well, transferred to Memphis - **

The number of total and almost-total busts in this class would probably drop this class into the 30's or deeper if Rivals did a post-career reboot. As far as successes, I mentioned David above. Kenny Bell also has a good chance to finish with a much higher ranking than initially given. After those two, though, only Corey Cooper has a good chance to rise above *** status.

There's a solid percentage that became starters, but outside of Bell and David, no one else played above and beyond expectations.What looked like a potentially superb class at the time has to be considered a fairly large disappointment in review.

One thing that struck me in reviewing the 3-year totals was the consistency of the percentages in the three performance categories. In any single season, none of them deviated from the 3-year average by more than 8% and most were within 5%. I found that pretty amazing.

Yes, there's still a few that have to play out, but so far, none of the transfers have come back to bite us in the ass. Most have transferred to sub-D1 or lower division schools and those that shot higher (Kerr) didn't play. So despite the hand-wringing, it does appear that despite initially misjudging some potential (and who doesn't?) the staff knew best in giving them the depth chart placement they did & making sure the best players played as opposed to playing/coddling them and hoping they would eventually rise to the hype.

Now that the we've had a look at all three classes, what are your thoughts?