Nebraska baseball coach Darin Erstand may be quitting coaching to become an actor, starring in a western series about a man who just can't take it anymore.

Corn Nation has learned that Nebraska baseball head coach Darin Erstad is currently in talks with Jumping Monkey Productions, a movie studio based in Austin, Texas, regarding taking on the a role in an upcoming Western series called "Damn The Caballeros" about a man who just can't take it any more.

CN caught up with Mobley Shamstein, president of Jumping Monkey, who told us that the studio is interested in Erstad because "he has a beautiful old-school Western cowboy mystique about him. When he gets THAT look on his face it's as if he could shoot the bad guys by looking at them and that's exactly what we're looking for in our attempt at rebuilding a western genre for a new generation of entertainment seekers."

Erstad has apparently auditioned for the role, going as far as doing some screen takes in costume. 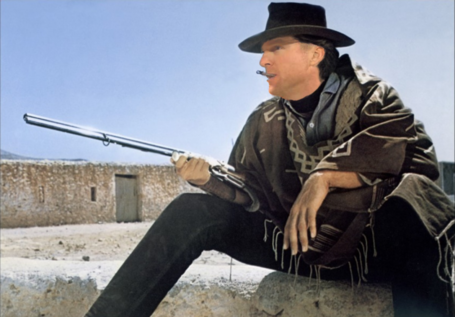 It could be a big move for Erstad, as Hollywood is on the brink of disaster as they spend millions of dollars on blockbluster films when people are becoming more content to stay home instead of go to the movies. Studios are looking to lower production costs, and Shamstein feels that the timing might be right for some toned-down Western dramas.

If the series goes well, Erstad may have a shot at the lead role in a remake of "The Searchers", one of John Wayne's most famous movies. Wayne played a Civil War veteran who spends years looking for his niece who was abducted by Indians. 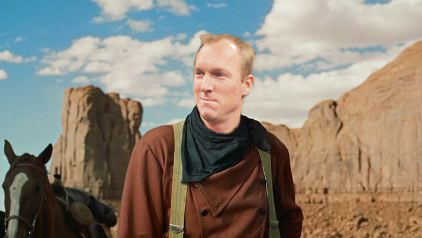 Does Shamstein think Erstad is good enough to be the next Clint Eastwood or John Wayne?

"Oh, damn right he is. In fact, he has an edge over them in that he's got just enough humor in him that younger audiences would embrace him more than they did Eastwood and Wayne in their Western heydays."

While we're happy at Erstad's opportunity, we like him as Nebraska's baseball coach and certainly hope this new venture gets "shot down in the street" before it gets started! 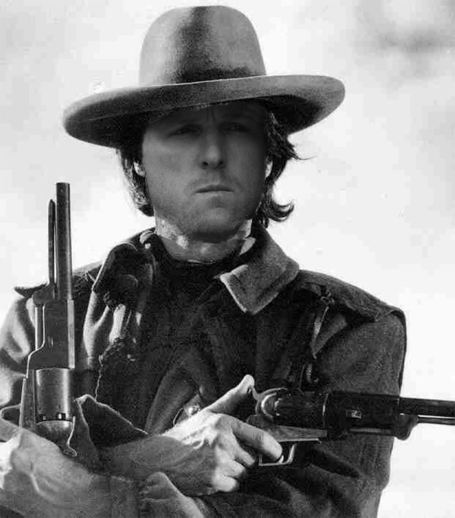