The Nebraska Cornhuskers take on the Florida Gators this evening in the 2013 Women's College World Series. The game is an elimination game for both teams. Nebraska fell into the loser's bracket after losing to Washington 4-3 in extra innings, while Florida was blasted 9-2 by Tennessee.

The Nebraska Cornhuskers softball team will take on the Florida Gators in the 2013 Women's College World Series at 6:00 pm central today in Oklahoma City. The game will be available on ESPN.

The game is an elimination game for both teams. Nebraska fell into the loser's bracket after losing to Washington 4-3 in extra innings in the opening round, while Florida was walloped by Tennessee 9-2. Nebraska is a #14 seed, while Florida is a #2. (In case you're wondering, the team are not re-seeded when entering the College World Series. They remain as the seeds they were when entering the 64-team tourney. Brackets are not re-arranged, but remain the same as the original brackets for the overall tourney.)

The teams endured some nasty weather in Oklahoma City Friday night. Below is the timeline of the events and a statement from Head Coach Rhonda Revelle:

Once the call for taking shelter came, the team proceeded to the lowest level of the hotel before being moved to the underground level of the parking garage by emergency personnel. The team took shelter for around 45 minutes before being allowed to return to the hotel. As a precaution, the team returned to the shelter approximately 15 minutes later as another threat of severe weather approached. The team returned to its rooms at approximately 8:35 p.m.

Statement from Head Coach Rhonda Revelle:
"Everyone in our travel party is safe and calmly waited out the severe weather under safe shelter, following the protocol established by our hotel. As a staff we were diligent in communicating the emergency plan to our student-athletes, and they appropriately recognized the severity of the situation and calmly and collectively followed the protocol and proceeded to the designated shelter area. We appreciate all of the people who were concerned for our safety and we're happy to let everyone know we are all safe." 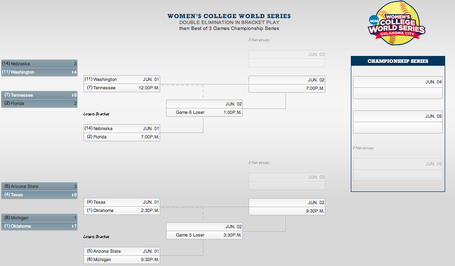