We originally were going to only nominate the Big Ten crew that worked the Penn State game, but then we realized that Florida, Baylor, Johnny Football, and Oregon were way too cob-worthy to ignore.

Share All sharing options for: Cobs of the Week: Jerry McGinn and Friends, Florida, Baylor, Johnny Manziel, and Oregon

Some weeks, the CornNation team has to dig a bit to come out with our list of candidates for the worst of the week in college football.

Not this week. In fact, we thought we'd just list one candidate...but then we realized the suckage was simply too great and too massive to ignore. I mean, it's not like we're going with Kansas for getting shut out by Iowa State here.

So on a banner weekend for suckage in college football, here are your candidates.

Referee Jerry McGinn and his crew

We started with line judge Dave Chesney, but expanded this out to the entire Big Ten referee crew that worked the Nebraska/Penn State game since they all got together and discussed THAT call. On Ameer Abdullah's 62 yard touchdown run, Chesney flagged Sam Burtch for "unnecessary roughness". 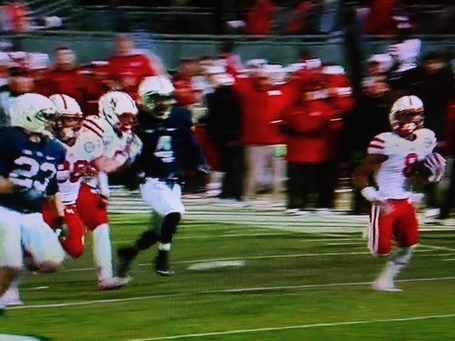 Touchdown off the board, and the ball was placed at the 27 yard line. It's a legal hit, because Burtch is ahead of Penn State's Adrian Amos and Amos is only three yards behind Burtch. And it was a game-altering call because Nebraska could only make it to the Penn State one yard line after the penalty. Nebraska has to settle for a game-tying field goal instead of taking the lead.

And there were other bad calls as well. One that caught my eye was a couple of minutes earlier. On second and 1, Ron Kellogg III runs out of bounds at the 18 yard line. Bad decision on his part, because he took a four yard loss. 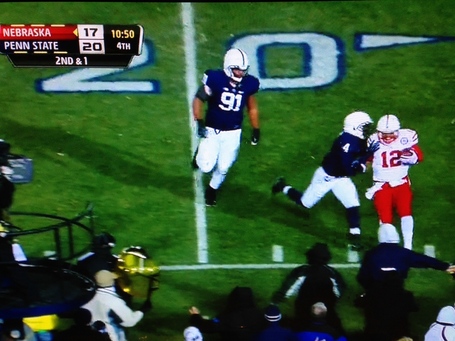 Which became a six yard loss when the refs spotted the ball for third down on the 16 yard line. 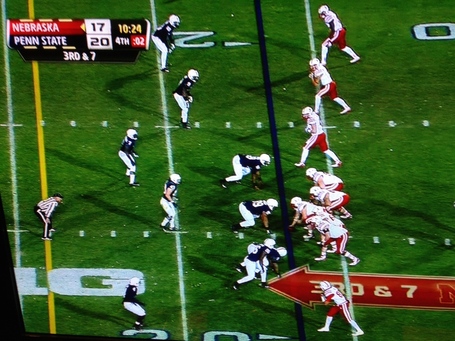 Yep, another B1G mistake. Granted, Kellogg should have thrown the ball away, but the crews blew this call as well.

Everybody knows that a "vote of confidence" means absolutely nothing. Everybody except some members of the Omaha media who used Foley as an example that Nebraska's Shawn Eichorst should follow.

@joshdilo Just saying that Bo is saying the speculation is bad for the program/recruiting & if SE believed in Bo u would think he would say.

Athletic directors have a policy of not commenting on coaches during the season for a reason: it doesn't serve any purpose. That's why Eichorst hasn't said anything. And right now, Foley really wishes he hadn't either.

Baylor went into Saturday night's game at Oklahoma State on a mission to make a statement that the turnaround was real and the Bears were national championship contenders. Then the pre-Art Briles Bad News Bears took the field and lost 49-17, the way Baylor typically did.

16 of 41 passing for 224 yards and two interceptions. This weekend, the middle F in JFF stood for "Fubar".

The Ducks didn't just lose, they got blown out by RichRod. For Oregon fans, it was apocalyptic. Yet some people around here still seriously promote Scott Frost to relieve Bo Pelini next fall.