Ahem. There have been a lot of rumors going around the intrawebs lately about me. I just wanted everyone to know that they are all TRUE. I decided to come out of my husk last weekend and hit up the Nebraska/Illinois game. One of my buddies won tickets from where he works and he invited me. How could I say no? Anyway, I decided to document my trip. My first stop was to see my hero, the Bob Father. Everything I know about football, women, and beverages, I learned from him. 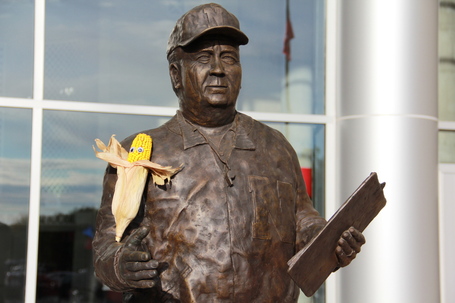 While I was hanging around Memorial Stadium before the game, I headed up to North Stadium to check out all the sites. 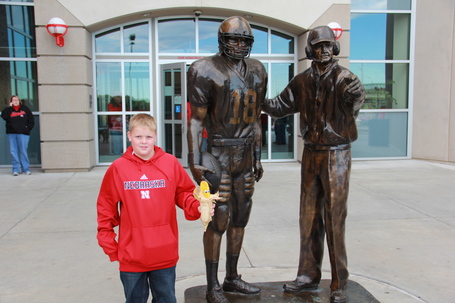 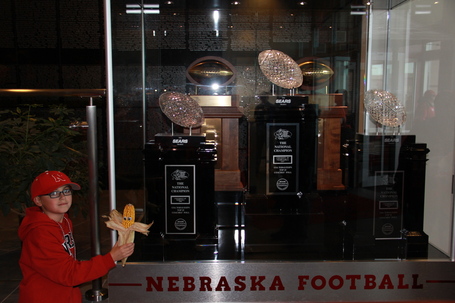 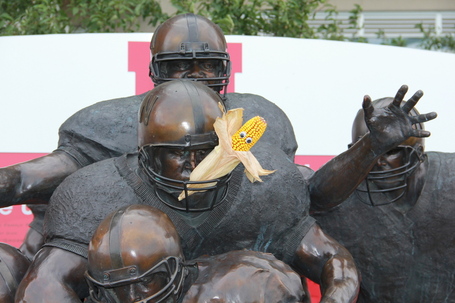 As fun as it is it hang out with bronze people and crystal footballs, I decided I needed to find some live music. Well, none of the bars downtown had any bands playing so I hit up the Glenn Korff School of Music to watch the band warm up and head to the stadium. I tried to tag along with the director in his golf cart when they marched to the stadium, but the drum majors didn't let me. Apparently they thought I was too cute or something. Whatever. 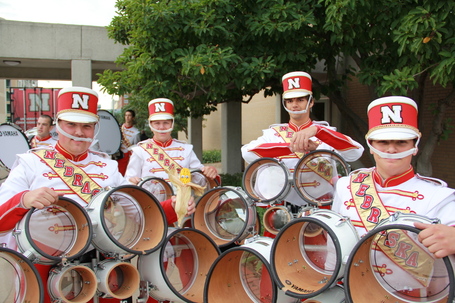 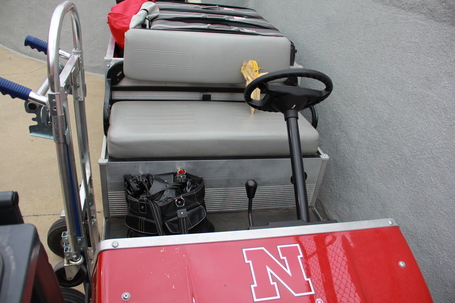 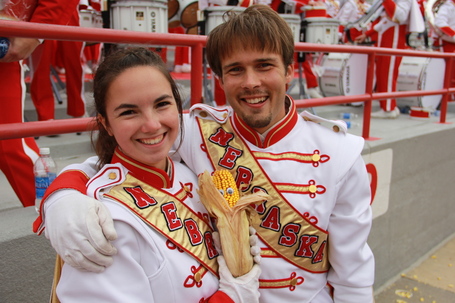 Anyway, after the march to the stadium, I decided that it was time to find my seat. Look at this awesome view! My buddy had great tickets! Oh, did I mention that Terrell Owens doesn't have squat on me. 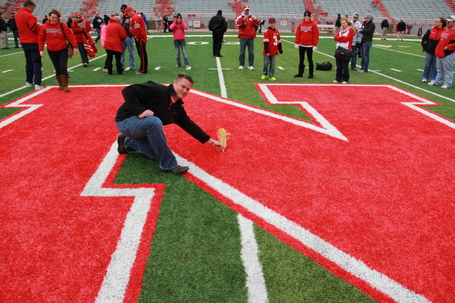 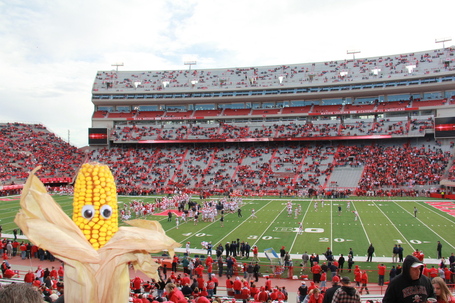 I got a lot of weird looks throughout the game. This one dude was eyeballing me for awhile. In the third quarter, he decided I looked tasty and he ATTACKED ME! 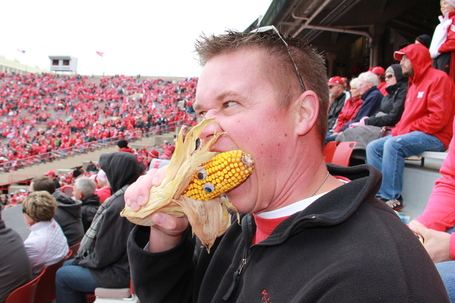 I only had one chance at survival. It was a long shot, but I had to try to escape! 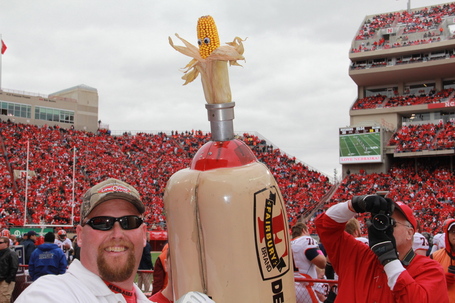 I still think the weinerslinger guy had it in for me. He must have had a nuclear reactor powering that thing because when he shot me out of it, I ended up near the fountains by the student union. 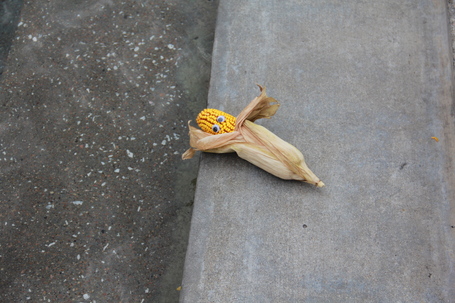 Luckily, a nice passerby-er helped me out and nursed be back to health. That was the end of my trip, at least that was the last thing that I remembered! 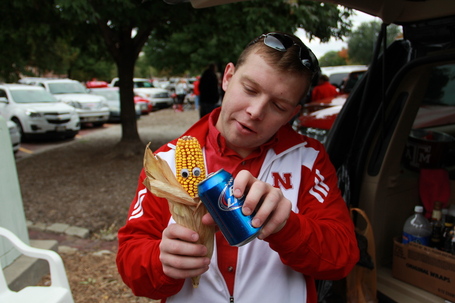 I had lots of fun at the game. I hope that I can visit all sorts of places to watch the Husker's play. Maybe even some Husker fans will take me to the games! My dream would be to have each team in the athletic department get a picture of me on whatever trophy they win this year! If you happen to see me at a game or husker event, feel free to take a picture me and mail it to cobbysighting@gmail.com. I'll try to post them on Corn Nation with your name! Oh, and I guess I was on television when the weinerslinger was launching me. If anyone can get a movie of that for me, I'll give you a life time subscription to Corn Nation! How cool would that be!