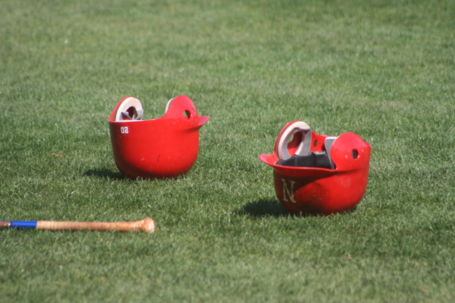 The Nebraska Cornhuskers baseball team today announced their 2014 baseball schedule. The slate features the Huskers opening the season with two straight weekends in Arizona. The schedule includes 27 home games among the 56-game slate, opening with a 10-game roadtrip, followed by a 10-game homestand at Hawks Field at Haymarket Park.

The schedule appears to back off the insanely difficult schedule that the Huskers played in 2013, while still scheduling 11 games against teams that played in the NCAA tournament last season. The Huskers play 2 more road games than home ones, but seven of those road games occur at neutral sites in Arizona.

The Huskers open play on Valentine's Day 2014 with a Friday match-up against Pacific in Tempe, the first-ever meetings of the two baseball programs. The Huskers then will play a double-header on Saturday, playing 2013 College World Series participant Oregon State, before taking on the Gonzaga Bulldogs. The Huskers finish their opening weekend on Sunday with another game against Gonzaga, which swept Nebraska in Surprise, Arizona to open last year's season.

Nebraska plays its second weekend at that same Surprise Arizona location it opened at last year, in a Big Ten / Pac-12 showdown at Surprise Stadium. Nebraska, Indiana and Michigan State will all play a game against Oregon State, Washington and Utah.

Darin Erstad's squad wraps up the opening season road trip with a trip to Charleston, South Carolina to play The Citadel.  The Huskers then return to Lincoln to open the home season with a 10-game homestand, including mid-week match-ups with a home opener and game one of a three-game mid-week series against Kansas State, as well as a two-game series with Northern Colorado, and the opening game of the season mid-week series with rival Creighton. The Huskers play two home non-conference weekend series against St. John's and UC Irvine.

The Huskers will then open conference play on the road at Iowa City on March 21st, before making a quick pass through Kansas for midweek tilts against Wichita State and game two against Kansas State.  The Huskers will play five more non-conference games before returning to conference play, hosting UNLV in Lincoln for the first time ever on March 28th, before heading to Fayetteville for a mid-week two game series against former Husker Head Coach Dave Van Horn's Arkansas Razorbacks.

The Huskers then will open home conference play on April 4th against the Ohio State Buckeyes, before heading to TD Ameritrade for a Tuesday night match-up with Creighton. The next weekend features a road trip to Minneapolis to face Minnesota.

The Huskers then have a five-game homestand including the mid-week series conclusion against Kansas State, a home game with UNO, and a three-game series against Northwestern. The team then heads out for a five-game road trip, playing on the road against Michigan on April 25th-27th, before two road games in Omaha, playing Creighton at TD Ameritrade and UNO at Werner Park on the 29th-30th of April.