In an historic move, the Big Ten has sold off it's naming rights to their division names. On top of that, the future of the Star Wars franchise is at stake!

Share All sharing options for: Big Ten to Rename Divisions "FOX" and "ESPN"

We'll just get right to the press release:

Big Ten Headquarters - Chicago, IL. Today the athletic directors of the Big Ten voted to rename the divisions used in football from "Legends" and "Leaders" to "FOX" and "ESPN". This decision was made because of the wonderful partnership the conference has between the two networks. As you know, ESPN owns the rights to the Big Ten's first tier televised games, while FOX is a partner with the BTN.

The resolution passed with a unanimous 12-0 vote. Though new members Maryland and Rutgers were not allowed to vote (they will be allowed to vote on all league issues starting July 1st, 2014), they were present and participated in the discussion. Their input on the subject was taken into account.

We are also excited to announce that the Big Ten Championship game will also determine the opening fanfare of future Star Wars movies. Said commissioner Jim Delaney, "This is an historic day for the conference. We take fan input very seriously and even though we believe "Legends" and "Leaders" are wonderful division names, we decided to change them for the fans. This new setup should resonate throughout not only our conference, but the entire world of college football."

This is very good news indeed! After all, I was so worried after Disney agreed to buy Lucasfilm last fall. Each of the first six Star Wars films opened up with the 20th Century FOX fanfare. They even made a special fanfare just for Star Wars. Heck, whenever I see any movie with the fox fanfare, I think of Star Wars. I don't even associate it with FOX even though the word FOX is staring me right in the face.

20th Century FOX is a subsidiary of News Corp. News Corp. also owns the FOX network and they are a direct competitor with Disney, who owns ESPN. Why on earth would Disney ever use the FOX theme as an introduction to their new line of Star Wars movies? They wouldn't. Can you wait to see the castle and the "When you Wish Upon a Star" theme right before the trumpets blare the Star Wars intro? It's a crazy world we live in.

After the press release came out, I did what any good journalist did. I staked out the Big Ten headquarters for Jim Delany to bombard him with questions about how it will all work? When I did find him, he directed me and all of my questions to his lackey, Jimbo Butterfingers. 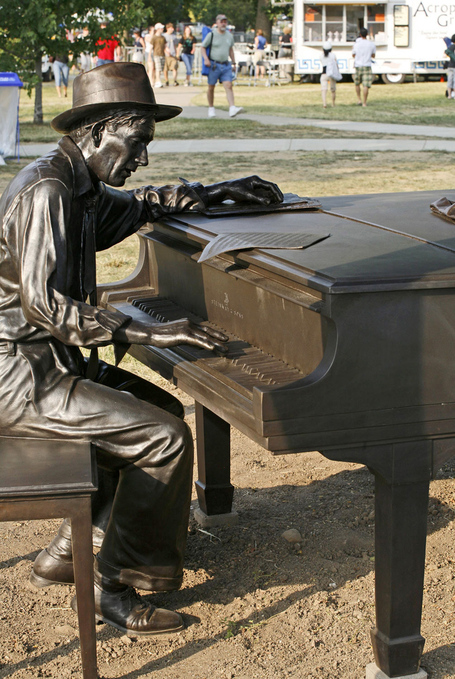 I didn't really get any straight answers out of Jimbo, but I'm pretty sure he said something along the lines of best 2-out-of-3 determines the fanfare logo. I also tried to sneak in a few questions about possible division alignment and/or more expansion news, but all I got was the same song and dance routine from him. He was a tough nut to crack, but I promise you, loyal readers of Corn Nation, I will get to the bottom of all of this and find the answers. In the mean time, let's think of some cool shirt ideas for Nebraska in the "FOX" division or "ESPN" division!