Share All sharing options for: Ricketts Family To Purchase Rights to "Diamond Formation" - Grant Exclusive Use To Nebraska Football

The Ricketts family of Omaha announced today that they would be purchasing the rights to a specific football formation, the first ever such purchase made in the history of college football. 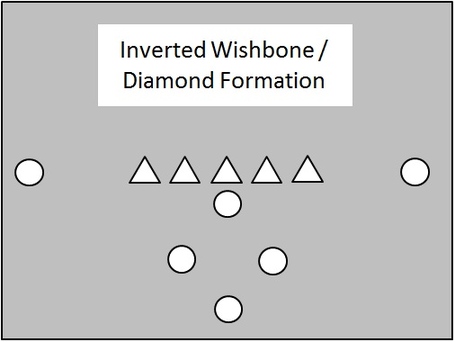 Football pundits refer to the formation as the "Diamond Formation", as it resembles an inverted wishbone (no word on whether other teams will still be able to use that variant term, but don't worry - lawyers are on the case!), featuring three running backs, two of which are alongside the quarterback and one just behind as shown above.

Husker fans should recognize the formation as a key element in last season's come from behind win over Ohio State. Rex Burkhead lined up behind Taylor Martinez, who was in a shotgun/pistol alignment, while Ameer Abdullah and Aaron Green lined up beside the quarterback as shown below. 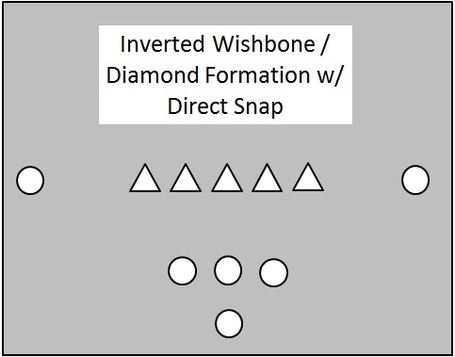 Nebraska ran the formation only a handful of times, but it produced two touchdowns, one a nearly 20-yeard run by Martinez, and the other a beautiful play-action pass from Martinez to Quincy Enunwa for 36 yards.

Joe Ricketts, patriarch of the family and founder of TD Ameritrade, stated that once the purchase was finalized only Nebraska would be granted the rights to run the formation. The hope is that the deal would be completed before the start of the 2012 college football season. Of the Huskers' 2012 opponents, only Ohio State and that crafty Urban Meyer might be affected, although it's possible that Nebraska could later meet Oklahoma or another team who's used the diamond formation in the past.