How Much Would You Pay For Nebraska Season Tickets?

Share All sharing options for: How Much Would You Pay For Nebraska Season Tickets?

Now, I'm not a Nebraska season ticket holder, but it seems to me that if I were paying just over $3,300 apiece for a season ticket to anything, they'd better be damned good seats.

Fear not! They're great! Best in the stadium!

That's only $471 per ticket per game - certainly you'll pay more than that for Wisconsin and Michigan, and you won't have to fight those flocks of inbound Minnesota Golden Gopher fans for tickets before game day!

The tickets are located at section 41, row 69, which should be just around where the star is on our high-tech info-graphic. (Can't see it? Click to embiggen!) 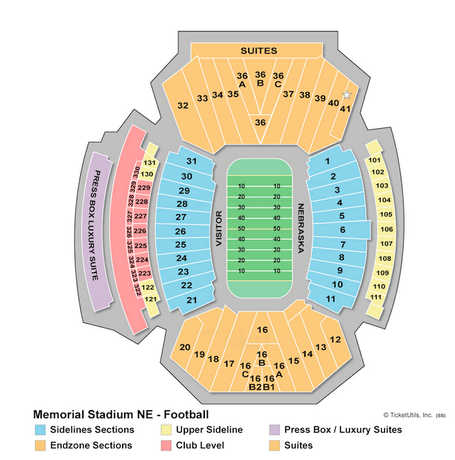 Be sure to bring your binoculars!

But seriously, how much would you pay for Nebraska season tickets? That much?