The 2012 Corn Nation Bowl Pick 'Em is ready for you to join.

This is an open pool, just like the 2012 regular season pick 'em.

Games are weighted, but not based on the spread. That means you assign points to each bowl game and get those points if you pick correctly, so a good philosophy is to assign higher points to the games you think are clear winners and not to those that are close, unless you're a true gambler, then you can do whatever the hell you want.

I had hoped that we'd have a prize to give out, such as maybe picking from one of the custom Corn Nation t-shirts from the CN t-shirt store or a custom Nebraska-based Munny but I have to have rules in place for that, and my oldest son would have to get a custom Munny done. Maybe I can still accomplish that by the end of the contest.

This is a Munny, customized by Noah Johnston. He's quite good at this, including sculpting when necessary. I'm trying to get him to create some custom Nebraska creations for our prize giveaways. 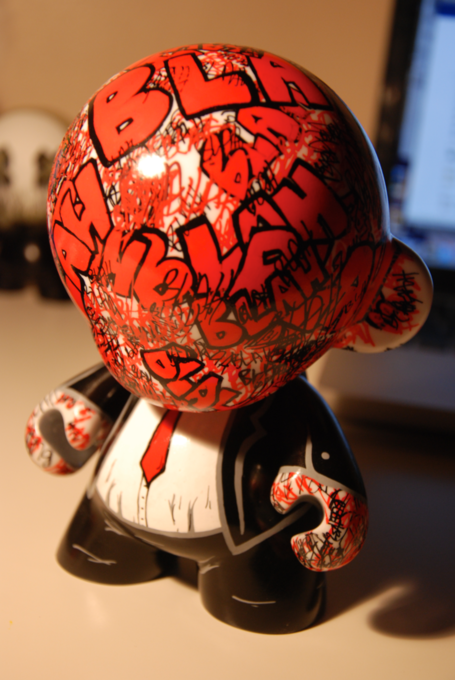 The bowl games start next Saturday (December 15). Get your picks in before that. Remember that you CAN change your picks for each game up until five minutes before kickoff.