Reads: The Arrogance Of Pretending To Understand Bo Pelini And His Players

Some radio caller doesn't think Bo Pelini's players respond well to yelling. That's about as arrogant as a fan can get.

Share All sharing options for: Reads: The Arrogance Of Pretending To Understand Bo Pelini And His Players

Nebraska coach Bo Pelini was asked on his call-in radio show Wednesday night about his sideline demeanor. He did not like the topic.

The caller made one point: That players may not respond favorably to that kind of passion. …

Pause for a minute and forget about whether you care for Pelini's sideline demeanor and think about this instead:

An anonymous voice on a telephone, a person who's likely never been around any of these players, met Pelini or anyone else on the coaching staff, suggests they know better how players would respond to a guy who's around them all the time.

Does that not fit the epitome of arrogance?

I'm sure the caller probably wasn't thinking about that at time. More likely they were doing what human beings do, which is to put themselves in that situation, conclude that since they don't like being yelled at nobody else does either.

What they might be missing is the fact that football players might think that being yelled at is typical, something they've been experiencing since they first donned pads. When your job is to run into other guys as hard as you can, it goes with the territory.

So does profanity, on occasion.

Tom never needed to yell. Never swore either. Of course he didn't. He had other guys for that. Maybe if Pelini's staff yelled and swore at his players more, he wouldn't need to. Ever think of that?

Here's a bunch of other interesting stuff:

Miles announced at a Monday press conference that the Huskers would not be taking anyone from the tryout. He said the team’s needs did not fit the mold of the guys at the tryout.

You need to read the article and then wonder.... does Nebraska produce that little basketball talent or was everyone trying toooo hard? 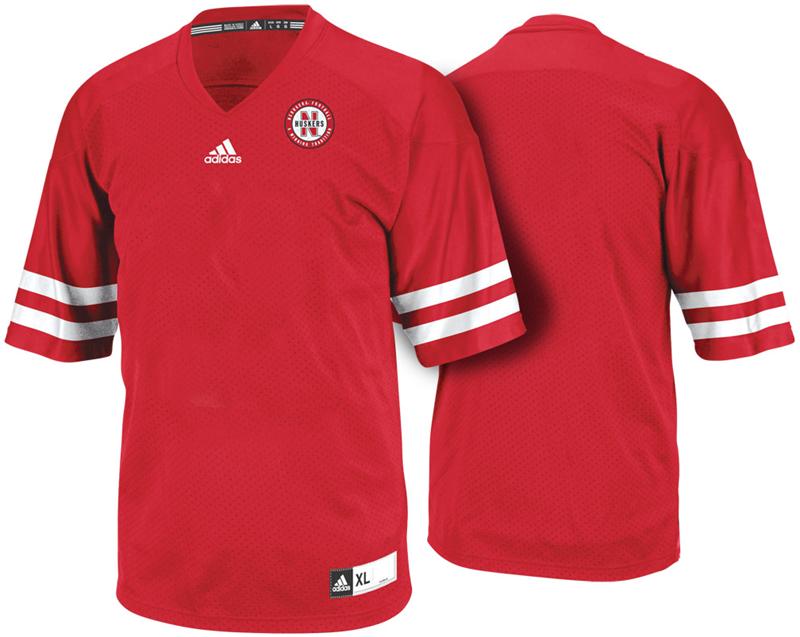 Support CN! Get Your Husker Jerseys!

Taylor Martinez: A Story of Contradictions and Expectations - Off Tackle Empire

Love him and hate him? Taylor Martinez is a three year starter that can make you believe in the Huskers and simultaneously kick your foot through a wall. His penchant for big rewards and big risks makes your heart race.

On the Penn State football team, walk-ons are no longer called walk-ons. They are run-ons. That’s what Bill O’Brien says, anyways. The coach made the change early in the season to give credit to non-scholarship players on his roster. They hustle, work hard and are as integral to the Nittany Lions’ (6-3, 4-1 Big Ten) success as anyone who steps into the Lasch Football complex.

Scholarship limits have yet to really take their toll on the program but you have to wonder if Penn State can somehow bring in enough guys and get them to play hard enough that they remain successful. I realize that sounds like crazy talk, but it so often happens that things don't work out the way you thought they would.

In the eyes of the world, Penn State is supposed to suffer. What if they don't, though? What if they are successful? When they come out of this on the other side, are they set to become a powerhouse?

There's no doubt in Tommie Frazier's mind who would have won had Penn State played Nebraska for the 1994 national title. "We would have won the game," the former Cornhuskers star quarterback said. "It would have been a tough, hard-fought game, but we would have won it because I think we were more mentally ready for that type of environment."

The Big Ten Network is running a series called "Big Ten Elite" which profiles some of the greatest teams in the conference's history. Last Tuesday, they profiled the 1994 Nebraska Cornhuskers, a team that competed in the Big 12 Conference, not the Big Ten.

Combine this with the fact that the 1995 team was lightyears ahead of the team that preceded it (it was named the conference's best team of the past 20 years a few weeks ago, yet I can't seem to find the list) and we're calling shenanigans on the entire process.

One of the PSU guys brought this up on the podcast I did with them - that the BTN had the gaul to profile the '94 Nebraska team, you know, the one that won a national title when Penn State did not. I told the guys that if they was comin' to Lincoln they could see a crystal football from '94 if they wanted to.

When U-M defensive coordinator Greg Mattison was asked about that Tuesday, he gave an emphatic answer. "Not even close," Mattison said. "If they ran a race today, (Martinez) wouldn’t even get in the medal round."

Only one way to settle it, then. Have a race.

And context shows that Nebraska has actually been pretty good on the penalty front when it has needed to be. There were a number of pivotal plays in last week’s win over Michigan State. In retrospect, the most important one might have been a play nobody could have noticed at the time. On Nebraska’s first drive of the fourth quarter – the drive that ended on Taylor Martinez’s redzone interception – Spencer Long was called for a 5-yard illegal shift penalty. It was Nebraska’s final penalty of the game.

Danny Hope has not yet officially been let go by Purdue University, but the amount of reasons to let him go are mounting. The main reason is a five-game losing streak with the "most talented team" he has had in his tenure and one that was expected to contend for a Big Ten title. As I have said in the past, I can accept losing if we go out and just get beat, but Purdue has gotten blown out and looked completely unprepared for more than a month now.

Notre Dame in the Rose Bowl. It could happen.

The Crimson Tide don't play "Old Man Football", they play GROWN MAN FOOTBALL. To prevail, the young A&M team will have to come of age in Tuscaloosa this weekend. While Alabama is the most recent college football dynasty, seeking its 3rd MNC in four years,they can be beaten, and here's how.

THE TAILGATE: A graphical preview of Texas A&M at Alabama - Good Bull Hunting

Texas A&M continues its road tour in Alabama, poised to dethrone the #1 Crimson Tide in front of a national audience. Will the Aggies shock the world, creating an outbreak of ass slaps? More importantly, will they do it wearing icy whites?

All of Longhorn nation mourns today with the passing of legendary football coach Darrell K. Royal. Known affectionately as DKR, he gave rise to one of the most impressive college football dynasty's in the history of the sport.

Should the Big Ten realign its divisions? - Land-Grant Holy Land

As I look at the current Big Ten standings, I cannot help but think how differently The Big Ten could be, if aligned by different means. I am not talking about the wretched and foolish division names - Legends and Leaders are probably here to stay, I am afraid. I am talking about the possibility of aligning the divisions geographically. Instead of Legends and Leaders, what if The Big Ten had taken the logical East and West alignments?

Then they wouldn't have had to come up with asinine division names, would they? They still would, of course, because they're the Big Ten, and bombastery suits them well.