Considering Penn State's prospects this season, it's been a heck of a performance by Bill O'Brien and his team. The big surprise has been how effective Matt McGloin has been this season at quarterback.

When I previewed Penn State this summer, I didn't expect much out of the Nittany Lions. And for good reason, I believe. Penn State was already going to be short on experience this season. After the NCAA imposed their sanctions from the Sandusky scandal, the experience problem became critical once Silas Redd transferred to Southern Cal. So I wasn't surprised when Penn State opened the season 0-2, including a loss to Ohio and Frank Solich in the season opener.

I am surprised - and even more impressed - by Penn State winning six out of their next seven games. Granted, the schedule wasn't the toughest; the best victory was Northwestern. But considering Penn State's prospects this season, it's been a heck of a performance by Bill O'Brien and his team.

The big surprise has been how effective Matt McGloin has been this season at quarterback. The senior is completing over 62% of his passes for 18 touchdowns and just three interceptions this season. He's gone from being merely serviceable to being one of the top three quarterbacks in the conference. His leading receiver is sophomore Allen Robinson, who's caught 57 passes for 689 yards and eight touchdowns. Tight end Kyle Carter is second on the team with 35 catches for 441 yards and two touchdowns. He's day-to-day after injuring his foot against Ohio State; he didn't make the travel roster for last week's game at Purdue.

Bill Belton opened the season as the starting running back, but missed three games due to an injury. He's rushed for 259 yards and three touchdowns in six games, but apparently lost his job to junior Zach Zwinak last week. Zwinak, a converted fullback, rushed for 134 yards last week and leads Penn State with 545 yards and three touchdowns this season.

On defense, senior linebacker Michael Mauti is definitely back. He leads Penn State in tackles (83) and interceptions (3). Fellow linebackers Gerald Hodges and Glenn Carson are second and third on the team in tackles with 76 and 51 respectively.

Last year when I previewed Penn State, I stated that "unless Penn State is ready to give Paterno the Jimbo Fisher treatment, Paterno will likely stay on the sideline as long as the Good Lord keeps him on the earth."

Nobody (outside of the grand jury or a few attorneys in Pennsylvania) had a clue what was about to unfurl the week prior to the Nebraska/Penn State game. In the six months after that preview, Paterno first lost his job and then lost a brief battle with cancer. The legend's legacy is forever sullied by the revelation that Paterno and other Penn State administrators covered up for a pedophile who used to be an assistant coach.

In July, the NCAA stunned the college football world by dropping the hammer on Penn State. A four year bowl ban and scholarship reductions that essentially reduce Penn State to 1-AA status over four years. And worst of all, all Penn State players were released from their scholarship commitment to Penn State; they are free to transfer to escape the sanctions. Which is only fair to the players; they had absolutely nothing to do with this scandal. But that makes this penalty even more severe on the players that stay faithful to their program as the program begins an extended period of decimation. What will Penn State have left this season? That's a good question.

Going into this season, the plan for Penn State was to likely rely on junior running back Silas Redd, who rushed for 1,241 yards last season. But Redd fled to Los Angeles to escape the NCAA's sanctions, leaving a smoldering crater in the Penn State offensive plan. It appears that Penn State will turn to sophomore Bill Belton, who rushed 13 times for 65 yards in some late-season action - primarily out of the Wildcat. Belton came to Penn State to play wide receiver, but new head coach Bill O'Brien moved him to running back. Now, he's slotted to start. The former high school quarterback stands 5'10" and 195 pounds, which should raise some questions about his durability...but it's not like Penn State has a lot of options. Junior Curtis Dukes missed the spring to concentrate on academics, and now must try to pick up the new offense this fall. He's a bigger back (6'1", 242 pounds) who rushed for 237 yards last season.

Rob Bolden transferred to LSU this summer, so the quarterback job is Matt McGloin's to lose. McGloin started last year because he simply wasn't as bad as Bolden. McGloin completed 54% of his passes for 1,571 yards, eight touchdowns, and five interceptions. Who else could challenge McGloin? Sophomore Paul Jones just might; the 6'3" 245 pounder has a big arm and stands out because, well, he's not McGloin or Bolden. Sometimes when your are faced with two bad options, sometimes you just have to go off the board and just take whatever is behind door #3. The Black Shoe Diaries bloggers tended to lean towards Jones after the spring game, FWIW.

Coming out of spring practice, Penn State's receiver corp probably would have been led by seniors Justin Brown and Devon Smith. Brown has since transferred to Oklahoma while Smith left the team for "personal reasons." So now Penn State's leading returning receiver is 6'1" 199 pound junior Shawney Kersey with five catches for 108 yards last season. Good speed and decent size, yes. Experienced, no. 6'3" 199 pound sophomore Allen Robinson caught 3 passes for 29 yards as a freshman, and likely will start at the other receiver position. Assuming that O'Brien wants to utilize tight ends like he did at New England, look for 6'6" 277 pound tight end Garry Gilliam to be a prime target. He's recovering from two years worth of ACL injuries. O'Brien sure wishes he also had junior Kevin Haplea, but he bolted for Florida State.

Senior center Matt Stankiewitch is the only returning starter on the offensive line. Junior Adam Gress is sliding over to tackle from guard. Redshirt freshman Donovan Smith looks to start at left tackle, though it's always possible they'll switch sides again. Junior right guard John Urschel started one game last year, while expected sophomore left guard Miles Dieffenbach didn't play last year. That pretty much sums up the Penn State: a whole bunch of players who haven't played before. At the start of the summer, it looked like Penn State had five returning starters on offense, but now it's down to two.

The defense is a little better off...a little...with four returning starters. Up front, Penn State will sorely miss all-American Devon Still, who's off to the Cincinnati Bengals. His partner inside, 6'1" 298 pound defensive tackle Jordan Hill is. He earned honorable mention all-Big Ten honors after a 59 tackle season last year. He's a solid run stopper who'll be asked to step up and lead the defense. 6'1" 247 pound senior defensive end Sean Stanley was a part-time starter last year with 30 tackles. He's a pass rusher by trade, and he'll be asked to be wreak more havoc off the edge. On the other side, 6'4" 263 pound senior defensive end Pete Massaro is expected to return after missing last season due to an ACL injury. In 2010, Massaro started eleven games and had 37 tackles.

In the secondary, all four starters are gone. Sophomore Adrian Amos was a spot starter against Iowa, and totaled 13 tackles last season. He'll likely start at one safety position. Senior cornerback Stephon Morris has started 10 games throughout his career; injuries limited him to just 19 tackles last season. Senior safety Malcolm Willis had 33 tackles as a backup, and probably will start as well.

How bad did the departures from Penn State get over the last month? Even the kicker left. Junior Anthony Fera was a second-team all-Big Ten kicker last season transferred to Texas. With all of the inexperience on offense, look for junior punter Alex Butterworth to see plenty of action this season. He's averaged 38.3 yards on 20 punts. 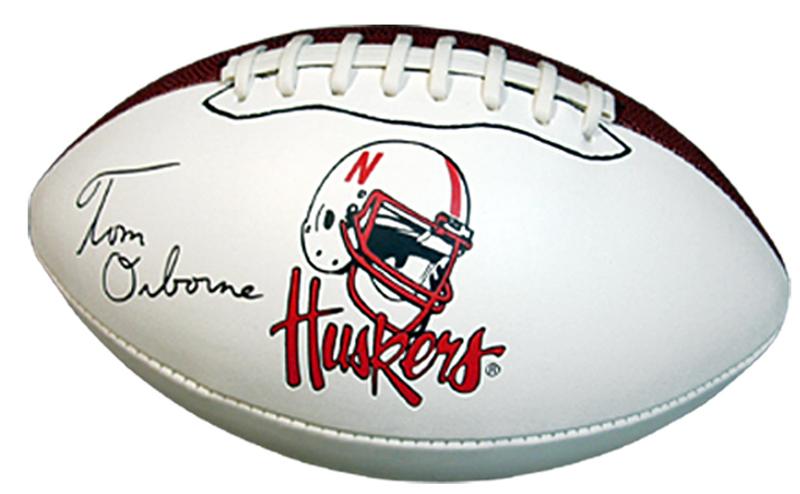 Even before the NCAA penalized Penn State, there were serious concerns about Penn State this season due to inexperience. Bill O'Brien has quite the task ahead of him, but one has to wonder whether he's the right guy for Penn State. O'Brien has no connections to the program, and the Bill Belichick coaching tree has been notoriously unfruitful. Charlie Weis is the most successful of Belichick's former assistants with a 35-27 record. That wasn't good enough for Notre Dame. Weis somehow was hired by Kansas after a spectacular failure as Florida's offensive coordinator last season. Is O'Brien going to turn this around? The odds are stacked against O'Brien until after the NCAA sanctions end. It's going to be a long five or six years for Penn State fans to wait for these sanctions to end and the subsequent rebuilding to take effect.