The Iowa Q And A With BHGP

We wondered about Iowa. Specifically, their football team. Someone from Black Heart Gold Pants found these questions and answered them.

Share All sharing options for: The Iowa Q And A With BHGP

So, how's the Thanksgiving holiday going for ya? The NFL games are okay, I would think. However, I bet your mind is on the upcoming Nebraska/Iowa game come tomorrow morning at 11am. So important, by golly, ABC national decided to televise this game from Iowa City. So kind of them to not go to Black Friday and spend money and such.

On to the game, I wondered about what's going on with Iowa. Specifically, how did this team get to a 4-7 record coming into their "rivalry" game against Nebraska. For this, we got a hold of Ross Binder, one of the guys who carry the torch over there at Black Heart Gold Pants (BHGP), the Iowa SBNation community.

I inquired about both sides of the ball, especially James Vandenberg and how the defense has carried a lot of the load, #AIRBHG, and whether this could be Kirk Ferentz's swan song.

1. Well, last week at Ann Arbor seemed like a microcosm of the entire season. Not enough on offense, and it all snowballed on you on defense.

There's not really a question there... but you're also not wrong. The defense hasn't been as bad as it was in the Michigan game all year (thank god), but unfortunately it's been trending that way for the last month -- ever since the blowout loss to Penn State. They can't generate pressure, can't cover in the secondary, can't tackle, can't get stops... can't do much of anything, frankly. So that's a worry.

The offense has sputtered pretty much all season. They've scored 20 or fewer points in eight of eleven games this season, including every Big Ten game but the opener against Minnesota (the team scored 21 and 24 points against Indiana and Purdue, respectively, but they also needed defensive touchdowns to get there). The running game has been passable with Weisman (and, at times, with Damon Bullock), but the passing game has been dreadful all season. Put it this way: Vandenberg has only cracked 200 yards passing in five of eleven games and he's never had 250+ yards in a game. The offense stinks and, based on recent form, the defense is even worse. Good times.

2. James Vandenberg has obviously regressed this year. What has happened to him?

Bad schemes, bad teammates, bad decision-making -- just a perfect storm of badness for Vandenberg this year, frankly. He's proven to be spectacularly ill-suited to Greg Davis' offense (he throws a pretty nice deep ball and works well off play-action, but struggles mightily with the short, accurate quick-hitting passing game demanded by Davis). His offensive line has been inconsistent (and fairly poor since a pair of key injuries in the Penn State game) and his receivers have struggled all season to get separation from defensive backs. (They've also struggled mightily to catch the ball; Iowa's had a ton of drops this year.)

But Vandenberg certainly deserves plenty of blame himself -- he looks jittery in the pocket much of the time, makes questionable (or bad) decisions far too often, and has inconsistent mechanics. He's definitely regressed; unfortunately, so has pretty much every other aspect of the Iowa offense.

Weisman hasn't been totally free of AIRBHG's wrath this year -- he missed the better part of the first four games in Iowa's current five-game losing streak. He was injured and ineffective against Penn State and Northwestern and then totally absent against Indiana and Purdue. But he has avoided any serious injuries (knock on wood) and he has most definitely been a bright spot for the Iowa offense this year.

He follows blocks well, sees holes nicely and hits them correctly, doesn't go down on initial contact, and has a brutal stiff-arm. He doesn't have great speed, but his bruising style is a good fit for Iowa's offense. He's one of the few things giving Iowa fans optimism heading into next season... at least until he gets devoured by a plague of locusts in the off-season. 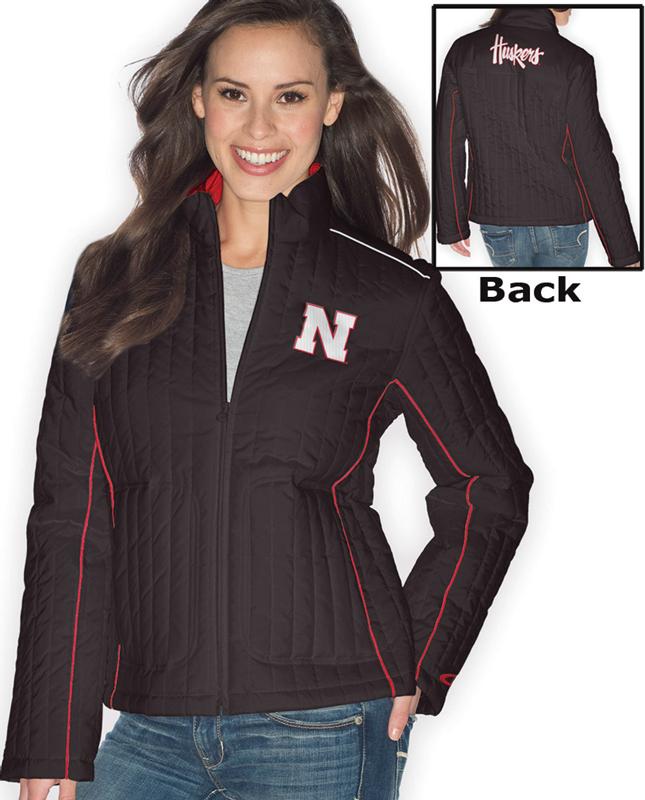 How 'Bout Some Huskers Outerwear!

4. Defensively, this team really hasn’t played too bad this year, although the results haven’t been there. What’s your thoughts of this year’s gang?

We were concerned that they would be overmatched this year... but none of us imagined they would be as bad as they've been lately. The defensive line is breaking in four new starters and features an 8-9 man rotation; the problem is all of those guys had either never played before this year or had only played pretty limited minutes. No one has emerged as a consistently disruptive force in that unit. The secondary featured a pair of new starters and not only have they struggled, but the two returning starters (Micah Hyde and Tanner Miller) have regressed as well.

The defense as a whole gives up far too many big plays and can't get needed stops on third down. Early in the season, Phil Parker seemed to have a knack for making smart changes at halftime and slowing down opposing offenses; since then, things have gone completely pear-shaped for Parker. He's not devising good schemes for the beginning of games and he's not making good adjustments at halftime. They are a complete mess right now.

5. Yes or no and why..... does Kirk Ferentz get the ax after this game? Can the AD’s office just have a bake sale for the $21 million?

No, he doesn't get fired after this game. Mainly because of the $21 million pricetag that decision would entail, but also because I don't think the internet grumbling about him is entirely representative of the general feeling among Iowa fans. There's a lot of frustration, to be sure, but it hasn't yet turned into a groundswell of support for the "Ferentz must go" movement. He could really (really) use a good season next year, though.

6. Gimme people to pay attention to on Friday on both sides of the ball and on special teams that will make a difference one way or another for the Hawkeyes.

Other than the obvious suspects (Vandenberg, Weisman), the player to watch on offense is tight end C.J. Fiedorowicz. He's coming off the best game of his Iowa career (eight catches, 99 yards) and he has the freakish size and speed to be a nightmare in coverage for a defense. Iowa has spent much of the year ignoring his presence, but if they actually decide to use him, he definitely has the ability to hurt Nebraska's defense.

On defense, watch CB Micah Hyde. If he can't at least play Kenny Bell to a draw, it could be a very (very) long day for Iowa. And on special teams, Jordan Cotton is the man to keep an eye on. He's the leading kick returner in the Big Ten (on average -- 28 yards per return), he's returned one kick for a touchdown (actually he's returned two, but one was called back by a dumb penalty) and he's looked threatening on most of his returns.

7. Call your shot, tell us the final score and how this one is going to play out. Does Iowa have a shot to get the Heroes Game trophy?

Nebraska 38, Iowa 14. Nebraska jumps out to a big early lead behind an unstoppable blend of Taylor Martinez passing and Abdullah running. Iowa tacks on a touchdown late in the fourth quarter to set the final margin. Iowa has a shot... if Nebraska decides to turn the ball over on every other possession and the Iowa defense starts remembering how to tackle and how to take the proper angles and if James Vandenberg finds one last good game in him somewhere.

But that's a lot of ifs.