Share All sharing options for: Corn Flakes: The Day After South Carolina

Not as many links as I would have hoped for, but with so much football (and most of it better football than what Nebraska played) not a lot of coverage of the game. maybe most people didn't see the horror that was the second half? We can only hope. And you watched the game, you know what happened. 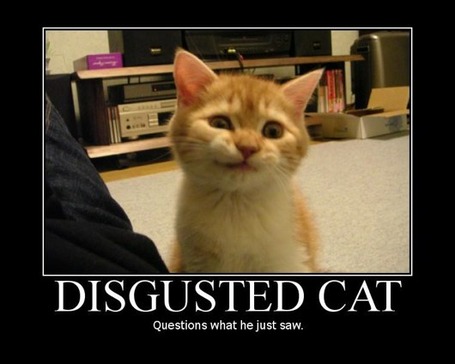 So lots of unrest from the beat reporters today. How are you feeling the day after? I know that 9 wins seems to be the rallying cry for the diehard supporters, but it's not just the losses, it's the way Nebraska lost. It reminds me of how far Nebraska is from winning a championship, ANY championship. Criticism should not be viewed as an attack on the staff or the program, just sports fans doing what they do.

OVERALL: C- You expect some timing issues and a few mistakes in a bowl game, since it's been five weeks since the last game. But the Huskers were simply atrocious in the second half, with nine penalties and zero points in a game that was there for the taking. Nebraska had four false-start penalties and was going on a silent count. How does that happen? This was an undisciplined performance by a team that should be better at this point in the season. The game plan seemed to be the right one, but Nebraska was its own worst enemy for much of the game

And some other thoughts on that plan of attack...

It’s not 1983. And Tom Osborne is no longer the head coach in Lincoln. Nebraska is never going to compete for national championships again unless it can develop more of a threat from the passing game. The Huskers called a solid game in the first quarter, but it gets too easy for opponents to make adjustments when the other guys are so blatantly one-dimensional.

- I like what Taylor Martinez brings to the running game, but his passes look like they're coming from a low-level high school quarterback.

- I would welcome Rex Burkhead to my mythical college football team all day long.

So looking ahead, Nebraska needs to develop Martinez as a passer, and develop more weapons other than Martinez and Burkhead for the offense. This becomes especially important for next year with the defense looking to be completely rebuild.

Spurrier said he didn't think Jeffery threw a punch at Dennard (who retaliated with a punch of his own). The dust-up led to both players' ejection. "You didn't slug at that guy, did you?" Spurrier asked Jeffery after the game. "No, sir," Jeffery responded. Later, Jeffery said, "Getting ejected is something that just happened in the moment."

Let us count the ways...

Most important: He has to instill this team with poise, discipline and emotional toughness. If you lose, OK. But no more embarrassing meltdowns. No more games in which team leaders lose their cool.

Three plays earlier, South Carolina had been called for holding. It's not like Nebraska was getting jobbed at the time. Where's the head coach's head? ESPN jumped on Pelini, of course. The cameras were all over him. There were photos going around twitter of Pelini making faces. An ESPN announcer said it was Volcano Bo. Was it overdone? Maybe. Afterward, Pelini was composed and gracious — even a little teary-eyed — in the postgame press conference. Too late. Pelini earned his reputation, and any recurrence is going to get blown up. What's worse is that perception has become reality. Pelini's team looked undisciplined. And it's not hard to connect the dots to the sideline.

One can read far too much into bowl games, such is their unpredictable nature, and Husker fans will read plenty into this one. My read? I expect much more from Nebraska than what I saw in this outing. Much more should be expected from NU in Husker coach Bo Pelini's fourth season.

No one likes statistics.