Share All sharing options for: Joe Paterno Dies at Age 85 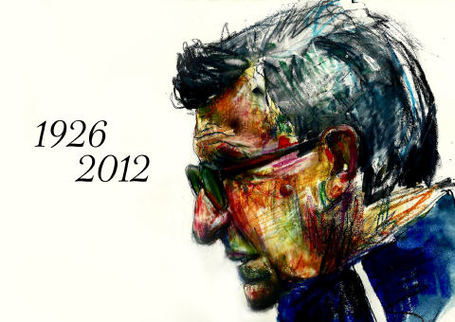 Former Penn State coach Joe Paterno died of lung cancer at 9:25 am ET, according to a Paterno family spoksman. Paterno, who was dismissed in November after revelations of child abuse by former defensive coordinator Jerry Sandusky, was diagnosed with lung cancer shortly thereafter. He's been hospitalized for the past week, and the situation deteriorated in recent days.

Like Bear Bryant, Paterno only lived a few weeks after coaching his final football game.

Say what you will about the Sandusky situation and how he handled it, Paterno's coaching career is something that we'll never see again.