Share All sharing options for: Husker Basketball: Indiana in photos

A great game to get some photos of the Nebraska Basketball team in action. A huge win over Indiana, and a much needed boost to the morale of Husker Nation. I was feeling nostalgic about old sports trading cards and their cheesy captions, so I added a few here.

Thanks again to Dennis Hubbard for the action shots. Enjoy! 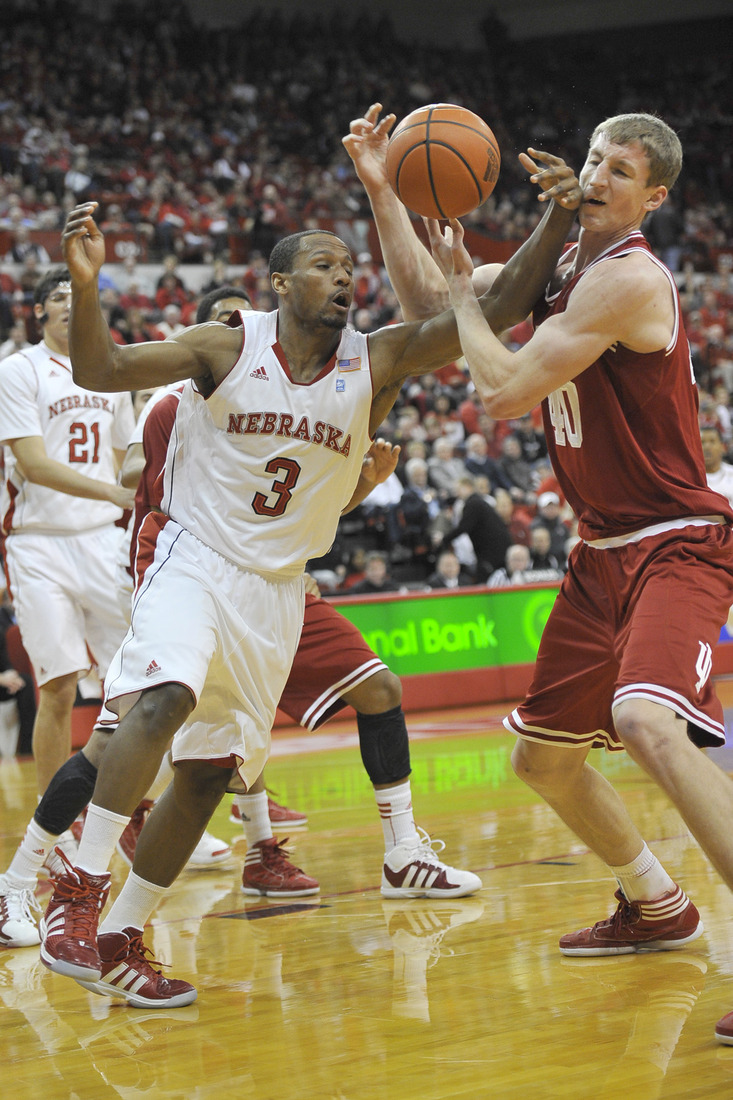 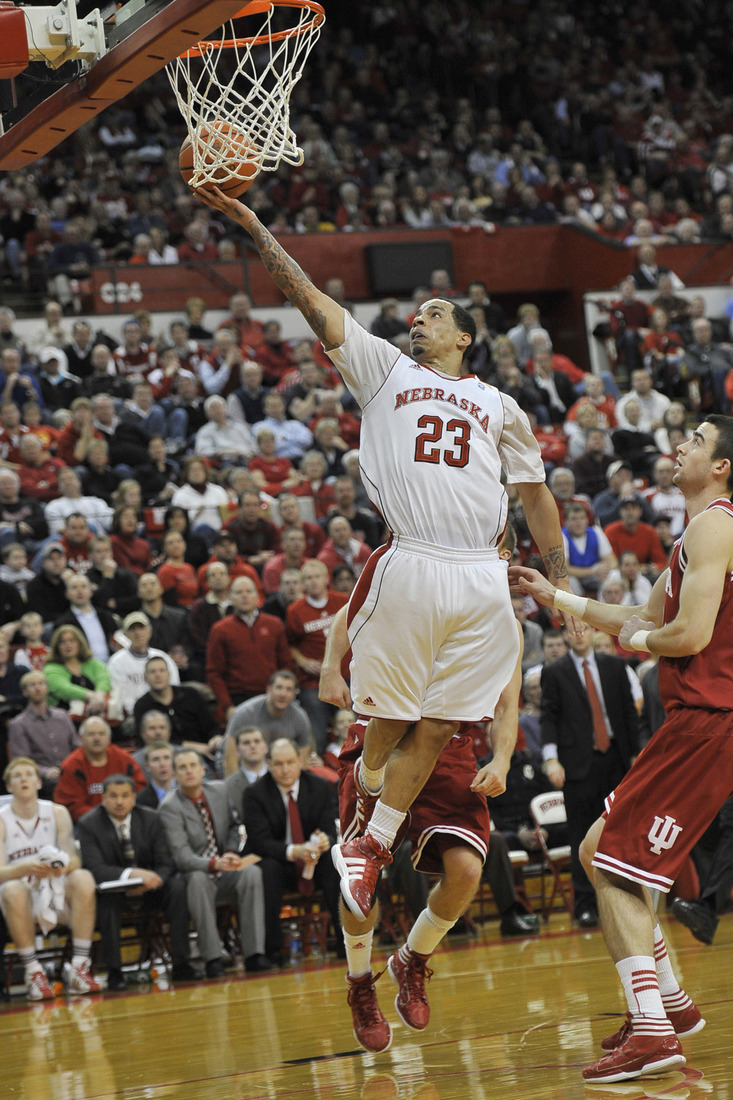 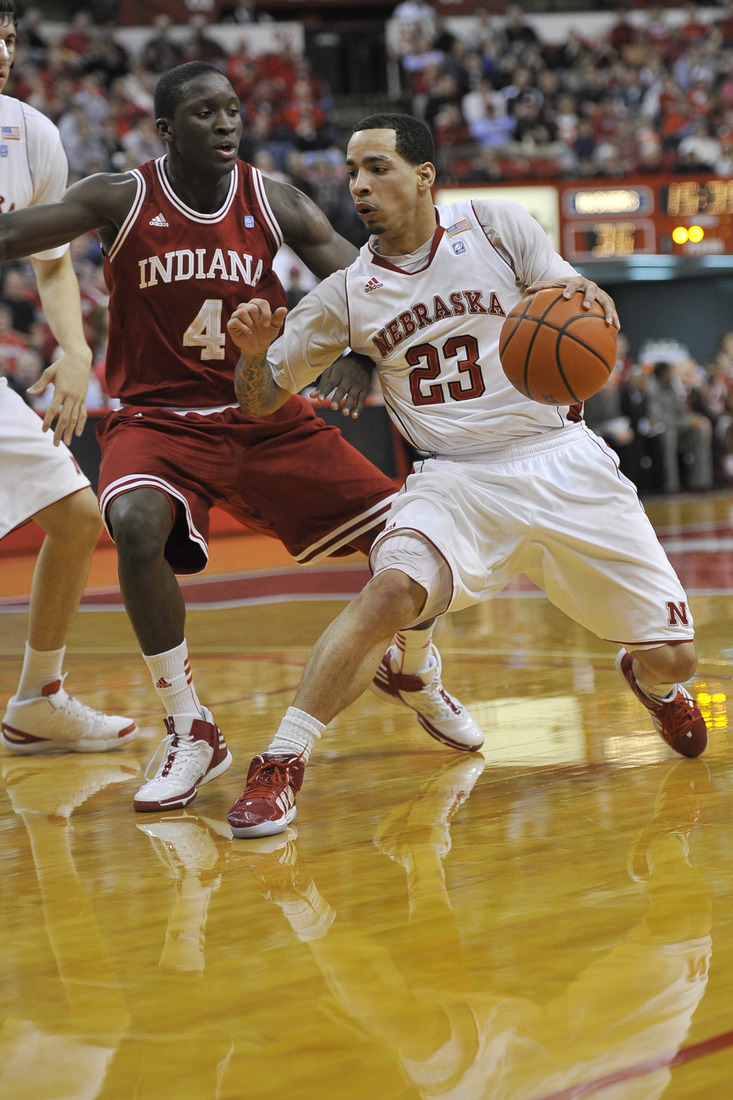 Jab Step. Jump shot. Bo Spencer doing what he can. 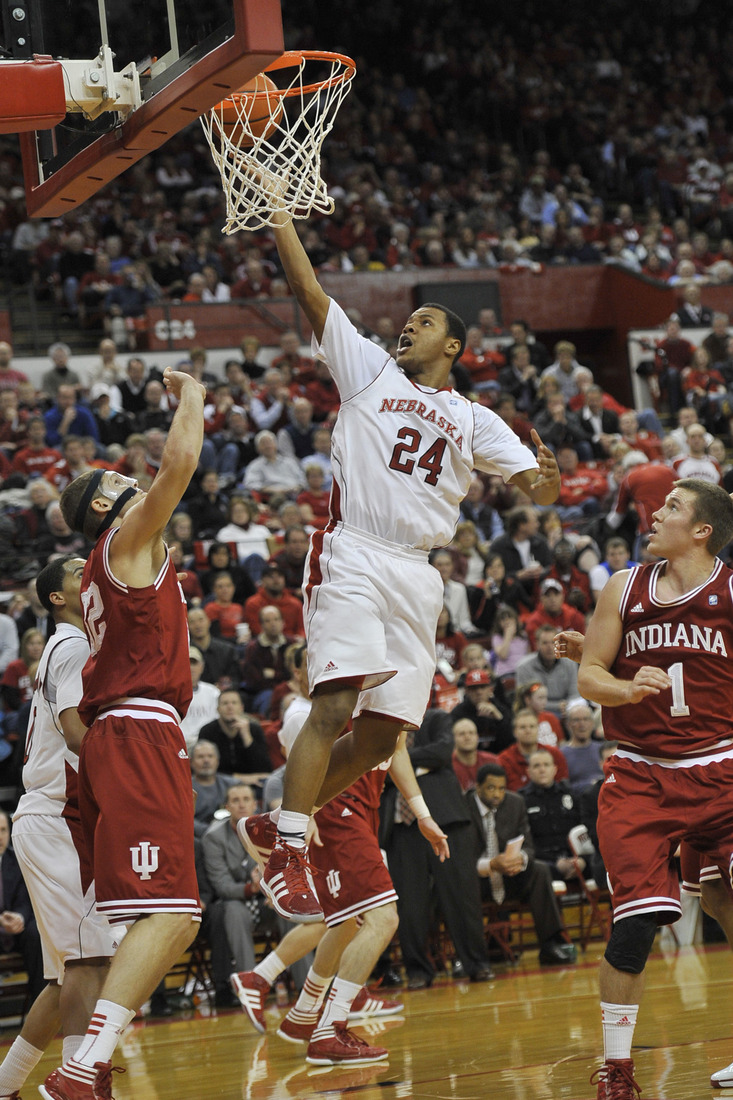 If there was one thing Dylan Talley could do....it was finger roll. 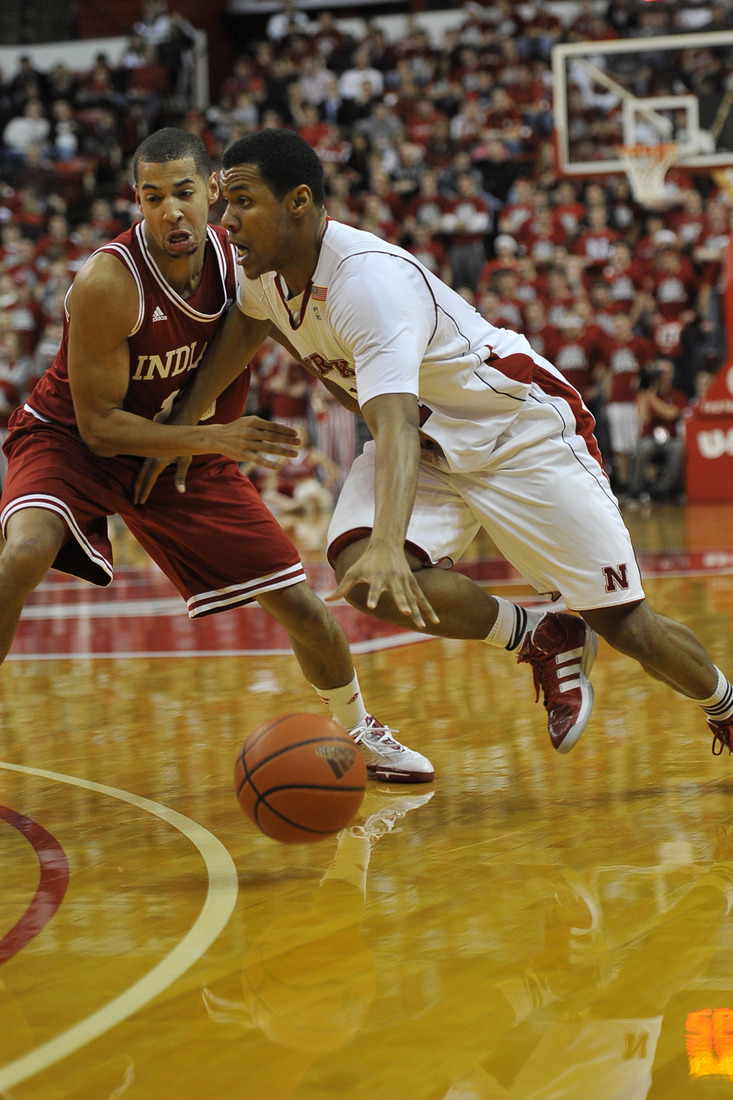 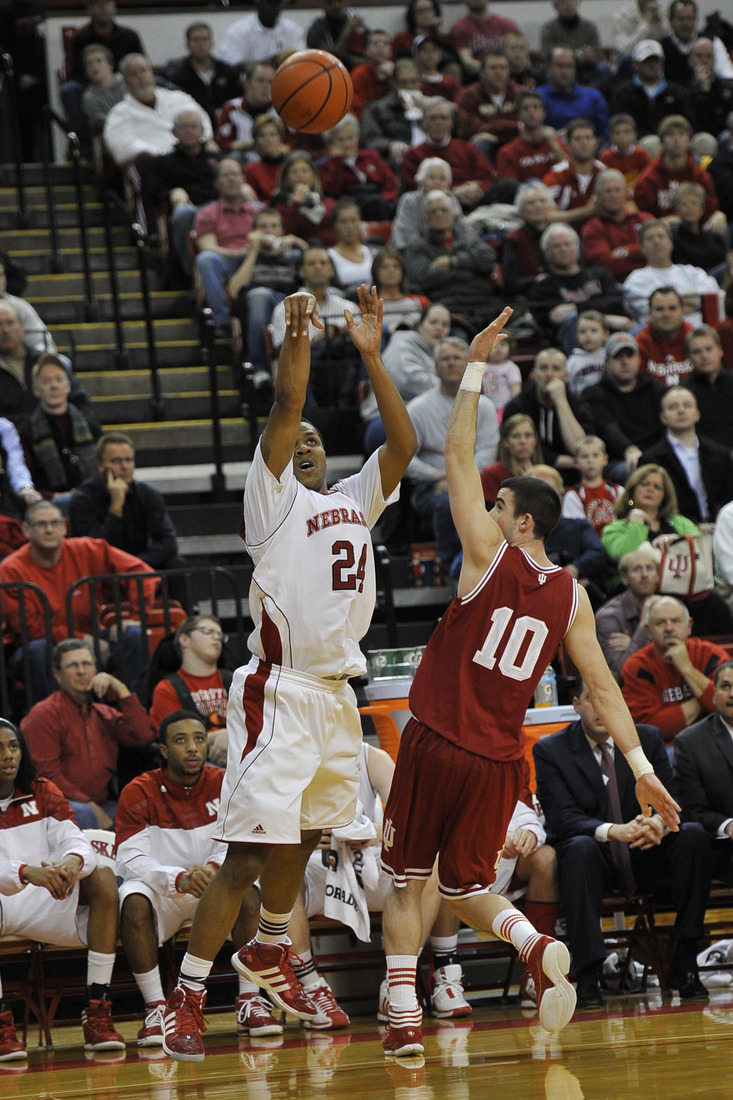 Deep from the corner, Nebraska is gunning for the win! 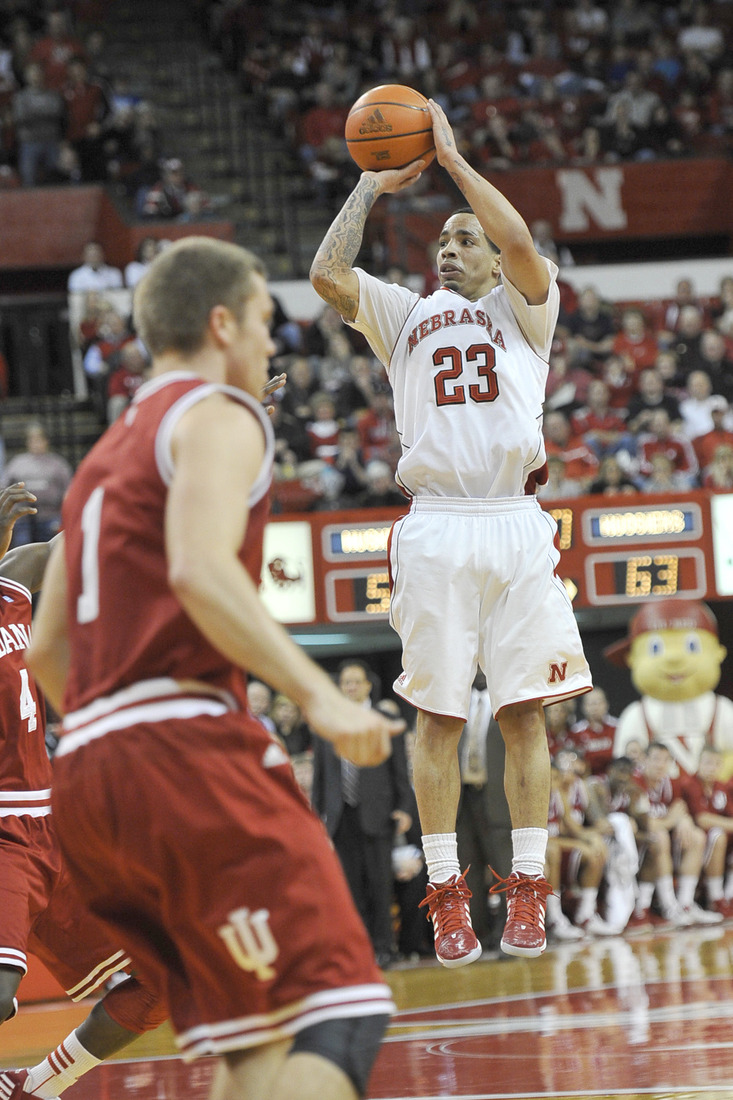 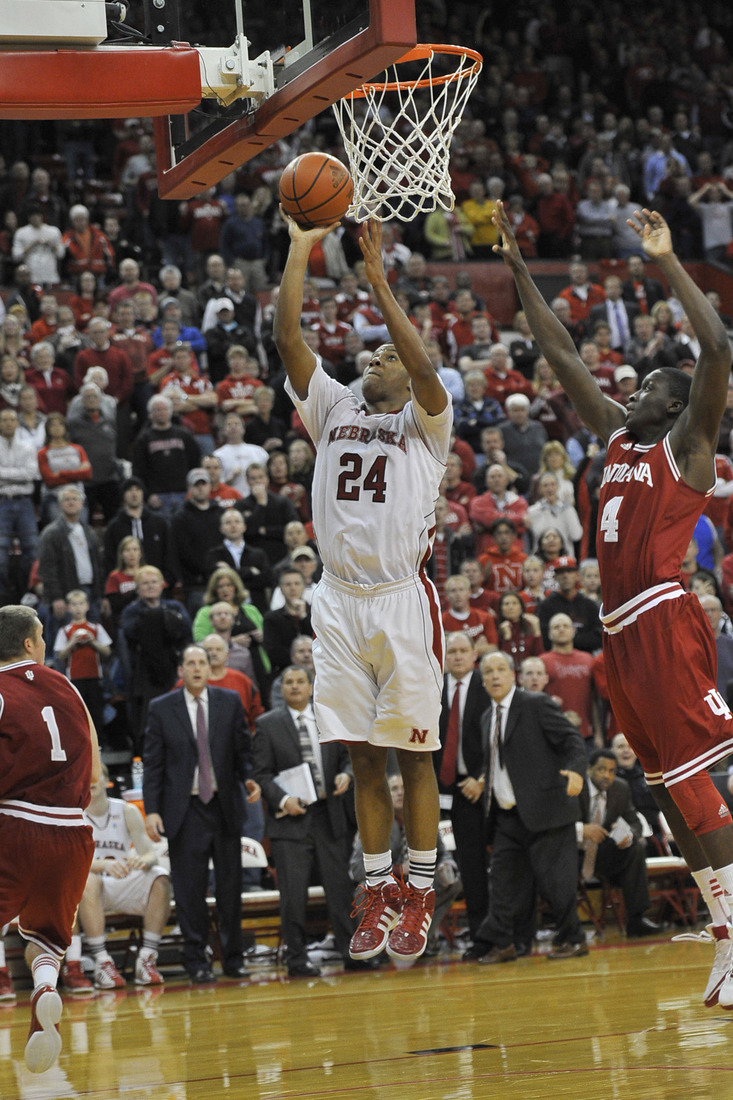 Husker fans on their feet, as Talley gets the Big Red closer. 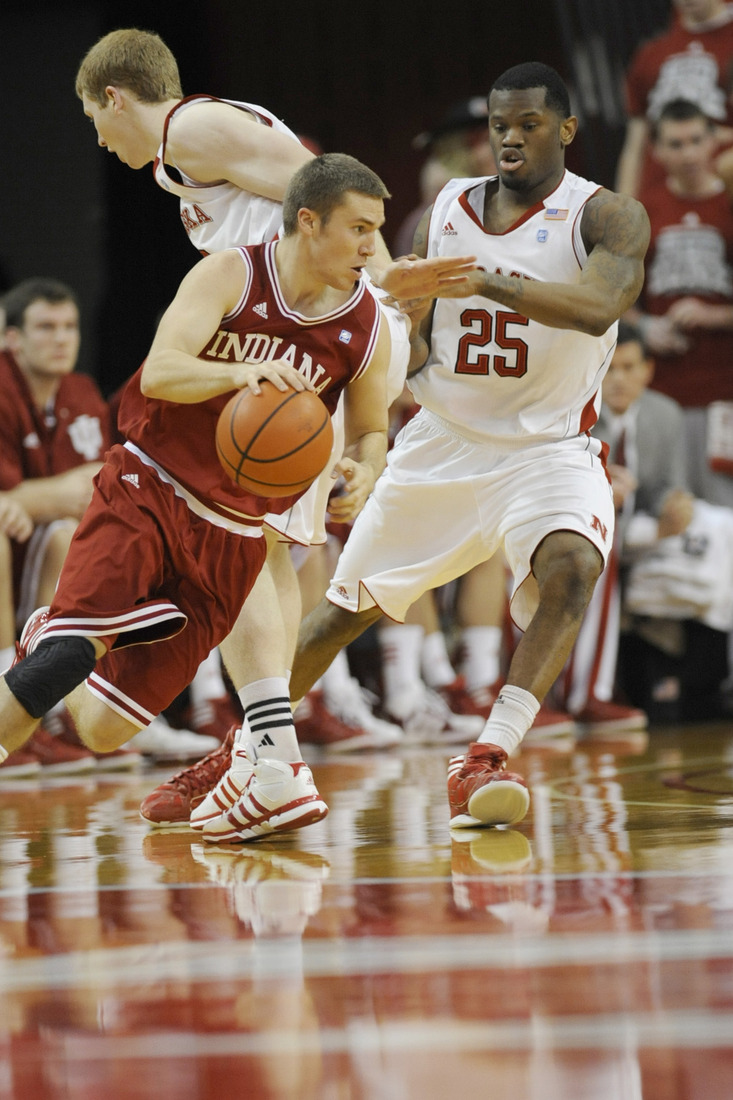 Caleb Walker plays tough defense as the Huskers try to hold on. 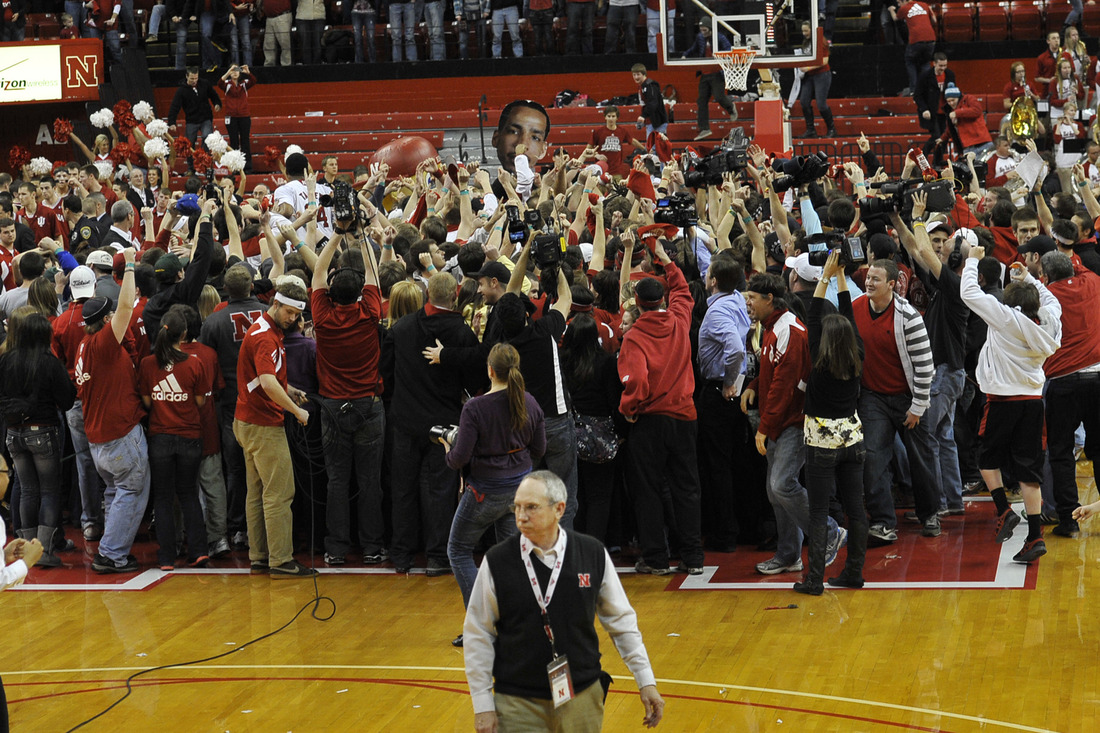