Underneath The Sombrero: The Story of One Husker Super Fan

Share All sharing options for: Underneath The Sombrero: The Story of One Husker Super Fan 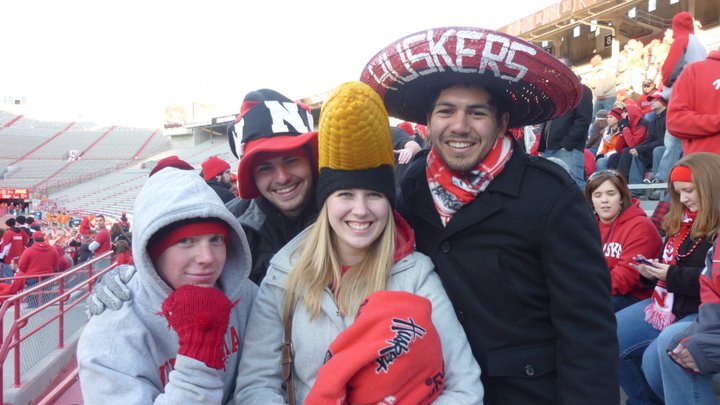 This article is done in collaboration with Huskerlocker.com. Brett Baker writes for Husker Locker and is quite active on twitter as @bigredintejas. Give him a follow!

This years best dressed Husker fan almost didn't get into the season's first game. Decked out in a giant red sombrero and a bandolier loaded with corn, Paul Favela was apparently dressed too festively for one gate attendant.  "He said large hats were expressly prohibited. I asked him where it said that and he pointed to a part of the sign that mentioned umbrellas."

Fortunately for Favela another gate attendant with some common sense and a sense of humor intervened.

Since then he has been a camera favorite of television directors. With a prominent spot in the front row of the student section, the first year dental student decked out in his Pancho Villa inspired attire has caught the eye of Husker fans everywhere. "It's my 15 seconds of fame. I don't know if it's quite 15 minutes. I'm compiling it 15 seconds at a time on ESPN and the Big Ten Network." Favela says with a chuckle.

His stylish look had some rather modest beginnings. His two sombreros were found in a garage sale. They were were pink and green but he had a vision. He wanted to support the Peso Defense, so he repainted the oversized headwear and branded it with a "Huskers" on one side of the brim and a "Peso" on the other. From there a character was born. 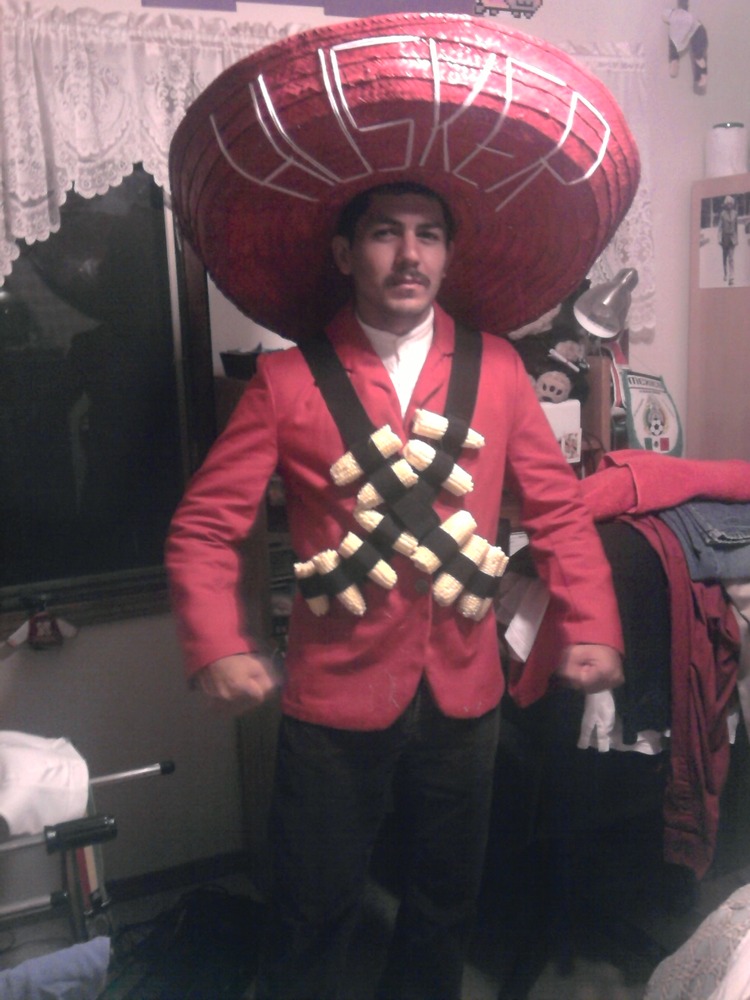 His look though was incomplete. "I use to draw on a mustache since I couldn't really grow one until recently. It's turning out pretty good.  I think it's all about commitment." he says. With his facial hair in order he went in search of jacket. When he couldn't find what he wanted his mother stepped up and made his red blazer herself. But there was something missing. He needed someplace to put his ammo of corn cobs. "I didn't even know what it was called. I googled a million terms and bandolier finally popped up and I was like 'That's what I meant!' It's really for shotgun shells but I seam ripped it. Three shotgun shells equal one corn."

Originally from Victoria, Texas Favela ended up at the University of Nebraska thanks in part to an academic scholarship. But there was something else that drew him to the campus on R Street."I had never taken real pride in any of my schools. Our football team was never very good and our academics were never very good." So he began to explore his options. "The thing I really like is college football. I'm not a UT fan, don't really feel like I fit into the Texas A&M culture that much and I wasn't about to go to Texas Tech."

With a scholarship offer in hand he took a 3D tour online. In fact, the first time he set foot on campus was when he enrolled. "It really came down to finding a school I could take pride in. A school that loved watching college football as much as I did and I think I found about the perfect place." said Favela.

It's a passion that spawned a fashion that people have connected with. It's a connection that initially surprised him. When his image started making the rounds on the internet he was completely unaware. "I found none of the them. They linked them to my Facebook. I was surprised I was such a mystery." While his internet fame caught him by surprise he says the reaction of fellow Huskers has been the real treat. He even posed for pictures with visiting Washington Huskies fans. "It's been great. A lot of fun." 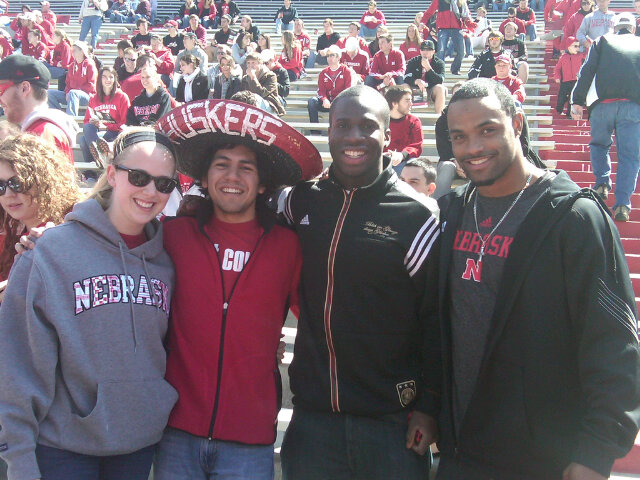 The next step for Favela is to take his act on the road. While time and circumstance have kept him from traveling with the Huskers, he's hopeful that he can make it to Nebraska's first game in the Big Ten, that of course being in Madison, Wisconsin. Home of of the Badgers and an equally enthusiastic fan base, making tickets somewhat cost prohibitive. But he has an idea. "The plan might be to go to Wisconsin and try to buy a ticket off of someone who that's really drunk before that game starts. I think I can get a good price on that."

He might be on to something. After a few too many, who could resist the sombrero?