Share All sharing options for: Corn Flakes- Wants an offense that scores points.

Well it's games week, a holiday on Mon, and I have a satellite man hooking me up to some Big 10 network as I type this. 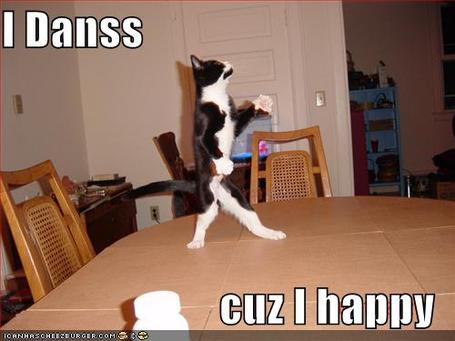 So no news is good news at this point. We won't know anything about the offense, probably even after this game, we won't know how the O-Line is going to play (unless they struggle, then wow NU's in trouble), but it's game week! Get your game plans together, buy a bright new red shirt, and get ready to hear Hail Varsity again.

Have some links to pass the time.

Mike's breakdown he's an optimistic kinda guy, or has been since certain people left the program.

Martinez claims that he'll have more freedom to audible, too. That's a luxury he didn't enjoy last season in Shawn Watson's structure-heavy West Coast offense. Martinez said Watson and Co. weren't getting plays in very quickly, which left little time for him to read the defense once he approached the line.

Move the chains, score points, and have less penalties, then I'll be happy... at least for a while. Though I think everyone noticed that the plays often came in late last year. It reminds me of when you try and play Madden on a game system you aren't used to, so wait what button to I push? Where's that pass play I like? Why I'm I lining up for a fake punt? Damn delay of game.

Huskers should be cautious with Dennard - Big Ten Blog - ESPN

"He's not real uncomfortable," coach Bo Pelini said Monday. "But you don't want to put him out there too soon."

Keep him out! NU has depth to cover him being gone for a while.

Let's look at the Big 10 and then the Big 12 conference after the jump. Much like seeing your old crazy ex-girlfriend once you start dating someone new. (and hotter).

Will NU get run over in the Big 10? The OWH thinks not. Though you have to be careful comparing averages from 2 leagues, maybe the Big 12 had more rushing yards because the defenses were set on stopping the spread pass attacks. We'll find out if NU gets steamrolled soon enough. But hey at least NU's not slow, like everyone else in the league.

Shatel: Disregard everything I used to say — Big Ten is the place NU belongs - Omaha.com

I wonder how this conference will affect Nebraska. Will fans pay more attention to the NU fight song? Will the school give its plain Jane campus a makeover? Will Husker fans put more emphasis on the Rose Bowl than the BCS title?

Well since NU hasn't won a conference title since 1999 I think we'd be pretty excited to win one again.

Texas abusing its power in the Big 12 - KansasCity.com

A quarter of the league will be dropping out in fewer than 18 months in large part because Texas is doing too much taking and not enough giving. This should be a reality check for Texas, tangible proof that its own self-interests are damaging the stability and relationships of others and — here’s the part the Longhorns will care about — its own future. Texas is going to be fine, no matter. Financially or competitively, there are no issues. But there’s also a reason Texas decided to stay in the Big 12 last summer. Other leagues just aren’t willing to give the same red carpet treatment. If A&M leaves and a viable replacement isn’t found, the chances of the league disintegrating skyrocket.

What?!? This cannot be! Texas saved the Big 12 after Nebraska tried to destroy it! Oh wait, WE FREAKING TOLD YOU SO.

Big 12 officials expect Texas A&M to announce within the next week that it plans to leave the conference. A person with knowledge of what was discussed during a conference call of the Big 12 board of directors Saturday told The Associated Press that Texas A&M officials talked about their anticipated departure. "No major surprises," said the person, who spoke on condition of anonymity because of the sensitive nature of the talks. "A&M didn't say they were leaving, but certainly gave every indication that's what they plan on doing."

Why so much drama ATM?

Miami, cause it's so much fun to watch the fall out.

Subpoenas are on their way to 72 ‘Canes who benefited from Ponzi-scheming booster - Dr. Saturday - NCAAF Blog - Yahoo! Sports

Each of the 72 players in question will receive a cover letter from Freedman explaining the situation, as well as a subpoena asking them to document any gifts or benefits they received and an affidavit. The bankruptcy trustee can also request players to appear in depositions and can file lawsuits against them if they fail to cooperate, and a bankruptcy judge can impose monetary sanctions or have them taken into custody. "If an athlete gives misinformation," Freedman said, "it would be considered perjury."

Get ready to reap the whirlwind.