Hello first day of classes for any and all you students out there. You know what that means football fans? Yep the season is getting real close. Looks like I need to call a satellite provider and get me some Big 10 Network 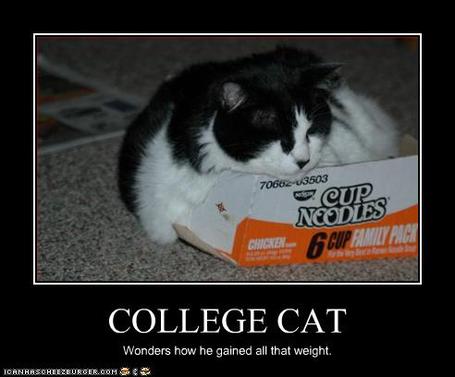 Nebraska has a rough enough schedule through September and October, but won’t get any breaks in the final three weeks of the regular season either. In back-to-back weekends, the Huskers have to play in front hostile 110,000-seat crowds in Happy Valley and Ann Arbor. It was 2002 the last time Big Red headed to Penn State and 1962 the last time it played at the Big House. On paper, Penn State doesn’t look to have the offensive power to hang with Nebraska while the Wolverines don’t have anyone to slow Taylor Martinez and Rex Burkhead. However, by the end of the season both PSU and UM should be much improved from 2010 and will be hosting a title contender. Anything can happen. Athlon’s Very Early Prediction: Huskers over PSU by 7 Athlon’s Very Early Prediction: Huskers over Michigan by 14

I like it. Let's just call those 2 a win and call it a season?

Is he the best in the nation?

So, like them or hate them, preseason polls are very important. Nebraska is rated 10th in the AP preseason poll, the highest-rated Big Ten team. Let's lift the hood and find out how Nebraska got this lofty ranking.

I like them when we are rated highly, unless it's too high cause that's bad, but don't disrespect us and rank us too low.

More from around the Nation, and some more "cats" after the jump.

Don't overlook athletes' culpability. In my opinion, not enough fingers are pointed at the players. We like to say kids are more savvy than ever. They grow up so quickly, right? So, why do many folks casually dismiss them as "kids who don't know any better" when they knowingly and willfully trample all over the NCAA rule book?

Can't we just agree to blame the NCAA?

Know this about Nevin Shapiro: He rained down millions on Miami players during an eight-year spread, yet he didn’t come close to the levels of gifts and graft that former Fiesta Bowl CEO John Junker lavished on athletic directors, presidents and conference commissioners. Shapiro took scores of players out on his $1.6 million yacht. It didn’t cost nearly as much as the Orange Bowl spent in 2010 to provide 40 athletic directors and four conference commissioners (plus spouses) with a four-day Caribbean cruise.

Oh yeah, there it is.

While any knee injury to a running back inevitably inspires worry, Sarkisian said that it is "not serious" and that he thinks Polk "will be back in no time." Still, he also said there's a chance Polk could miss the opener against Eastern Washington on Sept. 3.

THE SEC IS TOO GOOD FOR YOU

"I know a lot of people say, ‘Well you could have a format like in the pros,’" Williams said. "I think we want to make sure we keep the collegiate part of it. When you start to develop this concept of super conferences based on large numbers, you run the risk of [losing] that. One of the great parts about the SEC is — and that doesn’t mean we don’t have disagreements — there are 12 like-minded places that seem to fit together. You always want to be careful about letting it get too big where you are just trying to fill a spot. Then you start to mess up some of the great chemistry."

Remember, don't slow down to rubberneck a crash, just continue on your way. 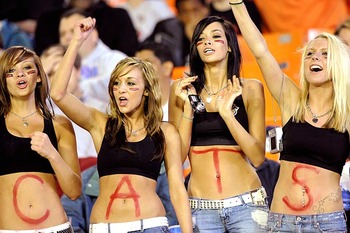 The best part about school starting up again?