Well it's media days again. The Big 10 doesn't seem to be having as much fun as the Big 12 what with the rumors, passive aggressive interviews, and of course the theater!

I thought Dan Beebe couldn't get any more ridiculous...then he walked to the podium in Dallas as the theme song to "The Natural" plays.

I'll let the cats handle this- 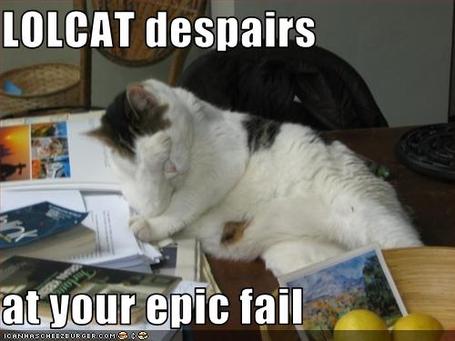 Why does YouTube even exist if not to have video of that entrance?

— 1st, Nebraska: You’ll read plenty about the Huskers in the upcoming month before their opener Sept. 3 against Chattanooga. The defense should be outstanding. The offense, well, we’ll see. Nobody knows yet just what new offensive coordinator Tim Beck will do, but you can bet we’ll see some things we didn’t see in 2010.

We at least some people are willing to do predictions. Wisky, Michigan State, and Nebraska seem to be the favorites in most people's polls.

October certainly provides a stern test for the Huskers, who have several chances to prove themselves in their new league. The good news is Nebraska faces both Ohio State and Michigan State in Lincoln, while Wisconsin won't be too battle tested when the Huskers visit Camp Randall Stadium. Nebraska should handle Minnesota after the open week. I'm looking at 3-1 or 2-2 for the Huskers during the stretch, leaning toward 3-1, which should put them in good shape for a trip to Indy.

Next level in sight, Nebraska’s offense goes back to the drawing board - Dr. Saturday - NCAAF Blog - Yahoo! Sports

This is not a "reinvent the wheel" situation: The transition is a lot less about overhauling the scheme than it is about making Martinez a more well-rounded quarterback who can a) Open up the bread-and-butter stuff on the ground by forcing defenses to respect him as a passer, and b) Stay healthy for an entire season.

What happened to Zac Lee?, Does Iowa already hate us? What are the must see games for the Big 10? Answers after the jump.

Nebraska makes an appearance in 3 games this fall. Can you guess which ones?

Nebraska's Jared Crick and Lavonte David are among 12 players on the Big Ten Conference's inaugural "Players to Watch" list announced Thursday. Big Ten coaches voted to institute a preseason watch list beginning this season instead of a preseason poll. The 2011 list was selected by a media panel.

Mike Marrow, a 6-foot-2, 250-pound fullback transfer from Eastern Michigan (by way of Alabama), will sit out the 2011 season per NCAA transfer rules, then will have two seasons of playing eligibility in 2012 and 2013.

Is this a big deal? I may not have been paying attention.

Quarterback Zac Lee signed a rookie free-agent deal with the Seattle Seahawks, one of three ex-Huskers to do so. The others were defensive end Pierre Allen and safety Rickey Thenarse.

Can Lee beat out Tarvaris Jackson? Seattle fans may hope so.

I See Red People: Or, How I Learned To Hate Nebraska - Black Heart Gold Pants

"Hello Nebraska fans. Are you all out of lesser teams demanding to be your rival now that Kansas State, Missouri and Colorado are gone? Well don't you worry! Try new and improved Iowa!

So this is a little old, but with the whole trophy announcement coming on Fri I thought it could run today.