***UPDATE: SEISAY HAS SIGNED HIS LETTER OF INTENT****

The Huskers filled a huge need at cornerback as Mohammed Seisay made his oral commitment to the University of Nebraska last night. Seisay is from Eastern Arizona JC, is rated as four stars by Rivals and will likely fall somewhere in the top 15 junior college players nationally when the list is completed. Nebraska beat out Arkansas for his commitment, but Seisay had around 15 other offers in hand as well including Arizona St. and Oklahoma.

He originally played for Memphis in 2010 where he was a Conference USA All-Freshman selection before tranferring. He has already redshirted, and therefore will have two years to play two remaining.

My belief is that, barring injury, chlymidia, or an undiscovered club foot that hindered him not at the Memphis/JC level, Seisay becomes an odds on favorite to start, or at least play regularly at one corner or nickel. (Or a return to the Peso anyone?) 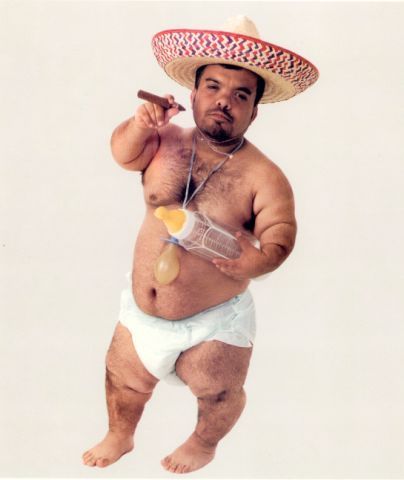 While far from trying to build a roster of JUCO's the Snyder/Prince way, Pelini and his staff have been exceptional at identifying JC players who can come in and at least contribute immediately if not actually dominate. The JC signees are as follows:

(Chase Harper was technically a member of the 2009 class, but since he never set foot on campus, I'm leaving him off. My typing, my technicalities that work in NU's favor)

At 6'2" 200, it's doubtful that any of the larger-bodies receivers will be shoving him around too much. Rumor has it that Seisay once cleaned out a biker bar Silent rage-style just to prove to himself that could. It's a rumor that I made up and am starting here and now, but I'd like to think that he's more than capable.

Hopefully, this is the first of the minor flood o' commitments over the next couple of months.