The Day After Iowa

Share All sharing options for: The Day After Iowa 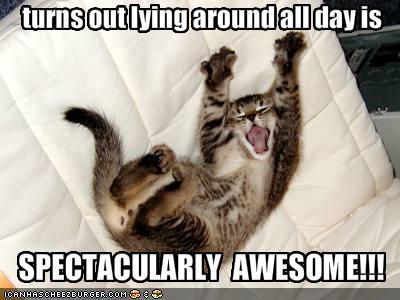 So that was the rivalry game. So yeah what'd you all think?

I'm thinking this is going to go the way of the Colorado/Nebraska "rivalry". Iowa fan wanting it, while Nebraska fan refuses to acknowledge them or the rivalry. See if you agree: Nebraska fan sees themselves as belonging to the Bluebloods of college football. How many National Championships do we have? Who one the Game of the Century? Who has the most sell-outs, ect. and I don't see Nebraska fan wanting to be associated with Iowa, I can't see them thinking of them as an equal, much like how Nebraska fan felt about K-State, and Colorado.

I see Nebraska looking longingly at Michigan for a rival. Now there's a rival, Big Blue, lots of wins, The Big House, and we play in the same division! Course there's the whole tOSU relationship... kinda like how Oklahoma was/is Texas.

But we'll see, maybe I've read Nebraska fan wrong, maybe Iowa starts knocking Nebraska around and the sports hate develops and this starts to evolve like Missouri-Nebraska did. I can say this, I enjoyed beating Iowa, and looking at the fan reactions they didn't like losing to us at all. So it's a start.

Enough of my ramblings. On to the Hero's Links!

Up Next The Bowl Game!

Life in the Red's Blog | The day after: Husker bowl speculation

Looks like the Capitol One Bowl, or the Gator Bowl, both on Jan 2 against an SEC team.

Capital One Bowl- Nebraska vs South Carolina You could see Sparty, Arkansas, or Georgia here, but I'm betting that the CapOne picks two teams who have never been to the bowl before.

there's a strong desire from the Florida bowls to invite Nebraska, which has played only one bowl game in the state (2009 Gator) since facing Tennessee in the 1998 Orange Bowl. Michigan State might slip to Outback or Gator if it loses the Big Ten title game because, as you say, the Spartans have made many bowl trips to Orlando in recent years.

I'm ok with Florida and an SEC team. Of course Nebraska will be too slow, and the SEC team will be the greatest thing ever.

How close with Bo to being on the hottest seat ever? The OWH seems to think pretty darn close.

When we point out that Pelini's staff doesn't look qualified for winning a national championship, and that he's got a starter offensive coordinator, it's OK to remember that Pelini never got to figure all this out, experiment with philosophies and find the right supporting staff, at the MAC level. He's doing it on the go at the big-boy level. So is his staff.

Shatel thinks that the Iowa game was a must win for Bo. I will say I have been hearing some rumors about staff changes. You hearing anything?

Burkhead went over 100 yards for the seventh time this season, and his 38 carries were one more than Cory Ross had in the 2003 Alamo Bowl against Michigan State. Nebraska's coaching staff got Burkhead the record on the second-to-last play of the game when the Huskers were in victory formation. Burkhead took a knee for a 3-yard loss. "I didn't want to do it in that fashion," Burkhead said. "The rest of the line said they wanted me to do it for them, so they could be a part of it. I said, 'All right, I'll do it for you guys.'"

Oh how Sexy is Rexy? I'm looking at you ladies.

The junior cemented his case for All-Big Ten honors by lugging it a whopping 38 times for 160 yards. The 38 carries set a Nebraska school record; he scored a game-clinching touchdown on his 37th attempt early in the fourth quarter, and in a nice gesture by the coaching staff, Burkhead came back in for the record-breaking carry in the final seconds.

We have him again next year right?

But Ferentz’s offensive plan was so conservative you expected to see him in a long dress, bloomers and high-button boots.

Ranked 22nd in both polls coming into that game, Nebraska is now 20th in the AP poll and 19th in the USA Today Coaches' poll.

Well we're still rated, and look to finish the season about 15ish with a win?