Nebraska vs. Iowa: LIVE FROM THE BAR

Share All sharing options for: Nebraska vs. Iowa: LIVE FROM THE BAR

Morning everyone! It's Friday morning of a workday for many, I got home this morning a little before three, the Huskers are playing the Benjamin Franklin Pierces and the laptop is fully charged. Sounds like a perfect excuse to belly up for a running diary!

I'm coming to you live from Tiger Tom's at 72nd and Military (your specials today are the French Dip $6.75, Chicken Fried Steak $7.50, Chipotle Bacon Blu Burger $7.00 and Habanero BBQ Wings 12 for $8.50 - yes, I'm hungry now). If you think I'm trying to parlay that shameless plug into a free drink, you know me well.The last time I did this was the Ohio State game, so hopefully a little good mojo is being generated.

Anyway, I'm getting a mixed excitement vibe around the place to say the least. There would definitely be more buzz if we hadn't pooped at midfield in the Big House last week, but I'm happy to say I was able to watch very little of THAT. Myself, I still love this team. It's very young, but the inconsistency has been evened out by visible improvement across the board, most notably from the O-line, Martinez, Compton and the secondary. Consistency and the inability of division1 receivers to catch a pass bother me the most. OK, enough analysis, let's begin.

10:55 - I'm really, really hungry. I will not make to halftime without a chow break. Just warning the the thousands of you who are depending on this for updates.

10:58 - Sirius now being played at ear-splitting decibels followed by the fight song. So much for a lack of excitement. The bar is now officially dialed in.

11:02 - After trying to market NU/Iowa as a rivalry, Bob Davie makes me stop to think - shouldn't he be out recruiting for New Mexico?? I'm also wondering if Bo might punch a sideline reporter in the neck at some point before he retires?

11:14 - Rex Burkhead with the stiff arm. This is followed by the announcer stating that Martinez badly overthrew his man before realizing that Kenny Bell was farther downfield. Brilliant.

11:16 - Tim Beck, our offensive line is shoving them around already. Just wanted to make you aware.

11:20 - While Maher is shanking this punt, let's focus on another reason I love this team. It's built for a big year..but next year. I was going over the depth chart and we have something like 17 or 18 starters coming back. And center is the only position that's a little thin. Is center important?

11:23 - Is that Austin Cassidy or David Cassidy with those lovely golden locks cascading out of his helmet? Nice mullet.

11:30 - Martinez rifles the deflection for a completion. Just like they drew it up. Then he scrambles and completes it to Kinnie who actually holds on but it comes back for illegal touching which I think Jerry Sandusky got 15 yards for. What? Too soon?

11:34 - OK, either Greg Burks and his boys are a Big 10 officiating crew now or the Huskers have to get their shit together against a team they should be handling. Remember when the defense gave up about 140 yards to Colorado on their 1st four plays and the Pelinis tag teamed them in a nuclear meltdown that culminated in Carl punching a hole in his greaseboard? OK, maybe it's not time for that yet, but a couple more flags and we might be there.

11:51 - Maher crushes a 40 yarder for the 3-0 lead. The way Iowa's looked that might be enough? Nah, we haven't turned one over deep in our territory yet. That's gotta be coming. Kind of like the way you knew Daniel-san was going to bleed all over the beach the minute he walked over to pick up Aly's boom box.

12:18 -  OK, back in 21 and just in time for the sweet play action shot put to Kyler Reed. Nice drive finally. Our offensive line is killing them. Buddy just texted me to say he thinks we win big. Long as we take care of business, don't give up crippling turnovers or weird big plays, I think I agree. Halftime is here, Huskers 10-0.

12:23 - Time to find an outlet for the recharge, the battery power on this thing is definitely Steve Rogers - the pre-super blue drug version.

12:39 - "Really, Stu?? An electric tank?? Is that where you pour the electricity in???!" That might be the funniest commercial I've seen today.

12:43 - And the second half begins. Side note: Is anyone else getting a little nervous about recruiting yet? Yes, I know it's a small class this year, but we only have eight verbal commitments so far. We're still in play on several big names, so no need to sound the klaxons yet, but I'll offcially start chewing fingernails if we're still in single digits on New Year's Day.

12:47 - Offensive pass interference? Are you fucking kidding me?

12:50 -  When Cameron Meredith's parents sent their clean cut boy from California to Nebraska, do you think in their wildest dreams they ever expected him to come home looking like an extra from Sons Of Anarchy?

12:56 - And while I'm making fun of personal appearances, does anybody know where I can get copy of some Earth, Wind and Fire vinyl from when Kenny Bell still performed with them? 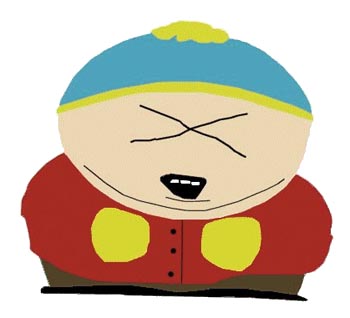 "Goddammit! That was a horse collar!!!" said the entire bar at once

1:11 - Offensive pass interference, a fumble, and uncalled holding (unless you think Meredith was so happy about gashing Iowa's line up the middle that he threw himself to the ground..)? I don't think Iowa could have done more to embarrass themselves on that play unless Vandenberg decides to randomly start peeing on the field after he threw the ball.

1:17 - We need to be up by more than 13 before the offense can start dialing in three and outs.

1:22 - Along the same lines, Tim Beck has to resist the urge to dial up some overly tricky play that could backfire in some catastrphic way. Play action if you must, but that's it.

1:25 - Is this Rex Burkhead or Herschel Walker? Is he really going to carry it 45 times. TD, Rex Burkhead. Was there any doubt who was going to get the ball there?

1:29 -  Hey, Iowa, you get the top bunk in this cell. And give us all your cigarettes. And your dessert after dinner tonight. Because after that drive? You are our bitch.

1:34 - Iowa guy down. Pelini told Compton to sweep the leg. Do you have a problem with that, Mr. Lawrence?

1:37 -  Vandenberg, completely unsure of how to act in the midst of a sustained drive, decides to bloop one downfield to Andrew Green. Um, thanks?

1:41 - Three and out. Followed by an ungodly Henery Maher punt.

1:46 - 7:33 left and it feels like this one is done. Time to get Green and Heard some carries...and dare I say maybe let Carnes have a snap or three?

1:58 - OK, if the Blackshirts alow a late Iowa TD to blow the shutout, I will remove Iowa's "bitch" status.

2:08 - And it appears that these refs have called their one Big 10-mandated holding penalty of the month. Jesus.

2:12 - And miraculously, two straight incomplete passes without a pass interference call. And we were covering them too. Amazing.

2:14 - And the final is 20-7. Nice performance by the Blackshirts. Good thing the refs didn't use that any contact on coverage is interference rule for the entire game, we might have lost 45-20. Unbelievable job by Burkhead - what is the single-game record for carries in a game anyway? He had to be close.

So what did we learn today? Iowa has some decent athletes on offense, but their idea of imagination is a reverse out of the I-formation. Their defense, ranked 7th in the Big 10 against the run and dead last against the pass, did a respectable job against us. Martinez was 12-22 for 163 with the TD and no TO's. As always, it would have looked better if we hadn't dropped a few. Burkhead - wow. Simply a warhorse kind of day and he's got a few weeks to heal up for the bowl game. The D held a pretty solid offense to 270 yards, so the Blackshirts should be returned in short order. Huge special teams advantage on Maher's leg.

So nothing to do, but kick back, do some recruiting (!!) and wait to see where we go bowling. As for today, it's time to fold this sumbitch up, watch a little LSU - Arky-saw and commence to a little more serious drankin'. Till next time...