Share All sharing options for: Corn Flakes: Shouts of Disdain!

Hey all, some nice mid week links for you, including game experience reports. Turns out drunken football fans can be unruly. Who knew? Not the cats that's for sure. 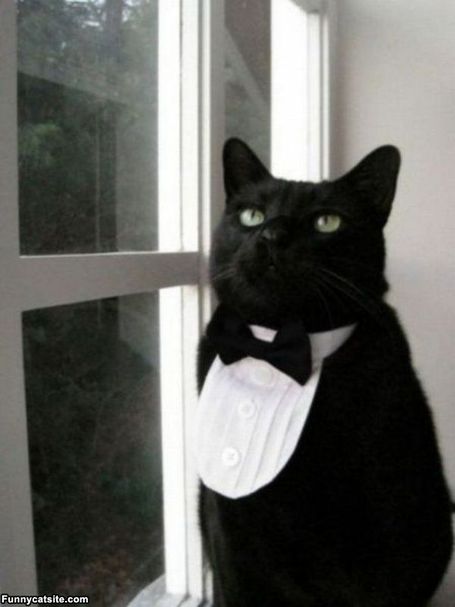 Extended Herron, Posey suspensions another blow to Ohio State, if it has any air left to knock out - Dr. Saturday - NCAAF Blog - Yahoo! Sports

The return of Ohio State tailback Daniel Herron and receiver DeVier Posey from their start-of-the-season NCAA suspensions could be delayed by at least one more game barring a change of heart by the NCAA, sources told The Dispatch this morning.

At this point I'll take any advantage Nebraska can get.

Bo Pelini said on Tuesday's Big Ten conference call that freshman running back Braylon Heard is questionable for Saturday's game with Ohio State. Heard has an infection in his leg, and has swelling that must go down before he's able to return, Pelini said. Heard did not travel to Wisconsin.

This does not sound good. -JL

Nebraska DT Chase Rome reportedly was cited for damaging a paper towel dispenser at the Dane County Regional Airport shortly before the Huskers boarded their flight back to Lincoln.

Reasons why he was pissed? Maybe it wouldn't give him a towel?  Or maybe he heard about what happened below, and wasn't about to leave the state without some vengeance? -JL

As we headed downtown Friday, it was a rude awakening for Nebraska fans. The scene was less-than-hospitable. Not to mention, they had a few choice words for nearly everyone representing the Cornhusker state.

Definitely a different experience than I did. Wisconsin fans gave me hell sometimes, but I guess I didn't expect anything different. Most of the time I gave it right back. I was not physically attacked, however, and that's one detail in this article that's pretty disappointing. - JJ

While the Badger fans weren't the worst I've seen, I was amazed by the volume of middle fingers, expletives on T-shirts, threats of violence and shouts of disdain.

In a brief walk down Breese Terrace, we witnessed students at three separate house parties pointing en masse and yelling obscenities at Nebraska fans, including an elderly couple who likely had never been subject to such a thing.

Police issued 40 citations Saturday, including 30 to UW students. The 36 arrests included 26 students. Some of those arrested received multiple citations. Seventy-seven people were ejected from the game, 43 of them students.

You probably don't want to look at the links after the jump, they are kinda depressing. Maybe you should just google up yourself some kittens to look at?

3. Nebraska (4-1, 0-1): We're keeping the Huskers here for now, but we need to see a much better performance this week against Ohio State. Coach Bo Pelini said he was embarrassed by his team's defensive performance in Madison. While Wisconsin makes a lot of defenses look bad, there's something wrong with a Blackshirts unit that entered the season with such promise. Nebraska also needs to stick to its run-based offense as Martinez still can't avoid momentum-killing mistakes.

NU's linebackers either chased too hard to the ball, or got stoned at the line of scrimmage. The lanky defensive line is stuck in a really tough two-gap scheme without the proper backing behind them. The safeties are vulnerable to the deep pass. The pick-a-corner opposite Alfzono Dennard can't lock down his side without several more games — perhaps years — of experience. Worse — opposing offensive coordinators appear to have a blueprint that works on the Pelini defense. Soften up the middle. Throw over the top. Move the pocket. Wait until one member of NU's intricate scheme cheats his assignment — then exploit the error.

Who knows what changes will be made on the defense this week. Last week, on Monday before the Wyoming game, Cooper had no idea he’d be starting at cornerback opposite of Alfonzo Dennard. He didn’t even know he’d be playing cornerback. He was a safety in high school in Maywood, Ill., and all through his redshirt season. The Husker coaches told him about the move on that Monday. "It was a shock," Cooper said. "It kind of caught me off guard, but I had a week to prepare, go out there and get my first start." But that’s just a typical Monday for the Husker players. "Monday, pretty much everybody is clueless," Cooper said. "Every week the game plan changes. Sometimes positions change."

I don't think I like the idea of everyone being clueless on Mondays... -JL

What's going on with the Blackshirts? "Youth, maturity," Pelini said Monday. "We had a number of guys we had to replace. It is one things to do it in practice and another when the bullets are flying. You have to do it. At the end of the day, we were in position [at Wisconsin], we just didn't make a play.