Share All sharing options for: Send Us Your Husker Halloween Pumkpin Pictures!

Last season I received at least a couple photos of Husker related Halloween pumpkins. This year it's been quiet. Maybe it's been caused by the bye week plus Minnesota games right in a row, but let's try to make up for it!

If you've done some pumpkin carving , send us photos of your creations! Send them to cornnation@gmail.com, along with an explanation of what inspired your creation, and we'll post them as Halloween gets closer.

Come to think of it, if you're dressing up in a Husker-related costume, send us those photos and we'll post them as well! (You have to try it on and see how it looks before Halloween, right?)

If you need some inspiration, check out some of last season's pumpkins, including this incredible masterpiece! 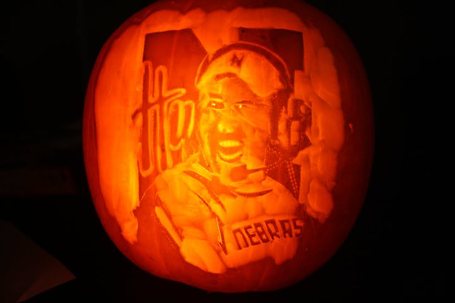