Breaking Down Some Keys to the Nebraska - Washington Game

Share All sharing options for: Breaking Down Some Keys to the Nebraska - Washington Game 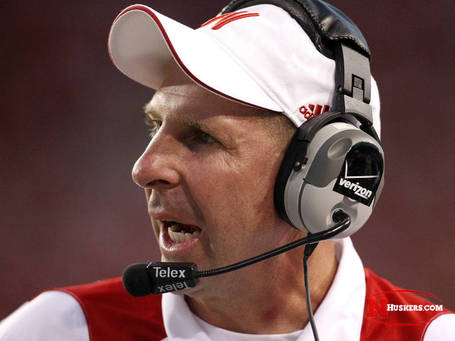 As you may know, the most talked about player heading into this week's Battle in Seattle does not reside on the Husker sideline. Washington QB Jake Locker will be the primary focus of Bo Pelini and the Blackshirt defense.

The Husker head coach has typically thrived in situations involving mobile quarterbacks, such as Locker, in the past. But, why? What makes this vaunted Husker defense so difficult to decipher?

Let's break it down!


First off, the Huskers routinely send out five, six or even seven defensive backs at times.  This allows Nebraska to cover the field veritcally and horizontally very fast, keeping large gains from occurring frequently.  It's basic math, the more speed you have on the field the less actual space there is to be covered.  The thing helping the Cornhuskers significantly in this scenario, is the personnel they send out to play these "hybrid" positions.  Players like Eric Hagg, who is 6-2, 210, have the ability to either drop into coverage or come up a stick a RB in the hole.  This alone allows Pelini to disguise certain formations and looks.

For example, a QB generally has the ability to tell whether a defense is in zone or man coverage prior to the play.  Just by looks or by sending someone in motion, the QB can then audible to the best of the set of plays called in the huddle.  "Not so fast my friend!" (pardon for the Lee Corso impersonation) You see, against Nebraska everything is masked.  This will make it very difficult for Locker to make any analysis prior to the snap.

Another differentiating factor in the Blackshirt defense is the unique two-gap defense they play.  In layman's terms: Defensive tackles Jared Crick and Baker Steinkuhler don't pick gaps to crash, they play both.  They spring up into their respective man and essentially hold them there, forcing the play rather than letting it come to them.  Therefore, they are playing two gaps.  Because we have such outstanding lineman who do this frequently, they have the ability to keep the pocket while still pushing back towards the QB, something a mobile player hates because it disallows running lanes to open up.  By allowing the defense to play six or even seven defensive backs at one time without allowing much of a let-up in the run defense, it will make it very difficult for Locker to succeed.  Granted he will find occasional holes rendering in a couple big plays, ultimately he will be irritated most of the day.  I expect many coverage sacks due to the confusion cause by the Husker defense.

Quite simply: There aren't enough playmakers around Locker to balance out this attack, therefore Bo and the boys will be able to play their typically stingy Blackshirt defense and prevail with the victory.  Let's face it, a great performance from the D may allow Taylor Martinez and the offense to settle in