Share All sharing options for: Corn Flakes: It's Game Week!

It's been a while, huh? Everybody ready?

The Cats are excited.

Oh yeah these are BOLD (see the font is bold as well, that's how bold they are) alright. No I'm serious, Brandon goes all out here. -JL

A little less bold (see no bold font) from Sip. More like a mild salsa to the habanero above.

A very long, in-depth preview and breakdown of Nebraska, the money quote...

Nebraska’s season hinges on Pelini’s decision at quarterback. If he opts for Martinez, Nebraska will be good, still the Big 12 North champs, but will not reach its full potential. Will installing Martinez under center this fall pay dividends in 2011 and 2012? Yes, undoubtedly. Therein lies the question: is a bird in the hand really not worth two in the bush? Lee gives Nebraska its best shot at a national title — which should be this program’s goal every season, particularly given Nebraska’s recent resurgence under Pelini. In fact, the only reason I don’t have Nebraska higher than this spot is my sinking feeling that Pelini will go with Martinez, valuing potential and running ability over experience.

So what do you all think? I'm still thinking it's Lee until he proves otherwise in a game. -JL

A run down of the Herbies. I'm more worried that Lee Corso picked NU over Florida in the national championship game. We're screwed. -JL

Dr Sat looks in on Crouch, I just wanted to relive the 95 yard TD run vs Mizzou. -JL

Nebraska was 14th. Texas was first. The message here is that you're supposed to buy more Husker stuff..... either that, or start convincing other people to wear it despite maybe not being Husker fans. - JJ

Or you could convince people not to wear Texas stuff... by any means necessary. -JL 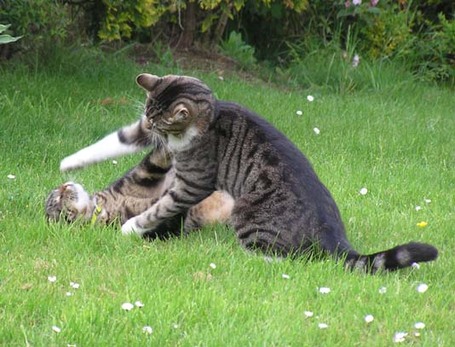 And by that I mean use the cats.