Dan Beebe's Plan - Hypnotize Everyone He Comes In Contact With

Before being asked a question Tuesday, Big 12 Commissioner Beebe said: "It looks like there's an elephant somewhere in this room."

Media present in the room laughed nervously at the remark, surprised that Beebe would bring up his massive forehead so early in his presser.

He then continued with his talk while using a powerpoint presentation being shown out of projector in his forehead. Big 12 media personnel in the room found they could not look away and later discovered they could remember little about his press conference, although everyone remembered the same phrases, repeating like a mantra - "EVERYONE WILL STAY IN THE BIG 12. THE BIG 12 WILL DO JUST FINE. WE SHARE THE VAST AMOUNT OF OUR REVENUE EQUALLY."

Everyone except Texas athletic director DeLoss Dodds, that is. He appeared unaffected by the incident, smiling at reporters. He was seen later replacing a battery in the back of Beebe's head. 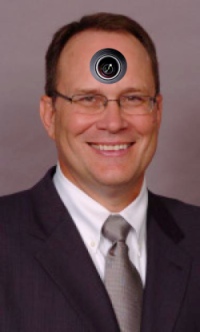