Nebraska's Last Year in the Big 12: The T-Shirt Contest

Share All sharing options for: Nebraska's Last Year in the Big 12: The T-Shirt Contest

The conference realignment explosion appears to have stabilized for now, and it looks like we're moving into a regular "offseason phase" until practice begins again in August. Our numbers have increased greatly over the past few weeks - we've had a lot more commenters, so what I thought about was doing something a little different on Fridays. What do you guys think of this - every Friday until fall practice begins, we take the best Friday fanpost and promote it to the front page.

That allows any community member who's got something to say get more recognition, because after all, Corn Nation is a Husker site that's about it's community. We continue to grow, and I believe there are a lot of you who have something to say, so this would be a way to promote that.

Besides that, Husker fans are going to head into their last season in the Big 12, and what do they need except for some good T-shirts to express their views. Hence, the "Last Year in the Big 12" t-shirt contest. We already have a theme for the season - a shirt that says "No Second Changes" that was suggested by community member Section 37. It's available in the Corn Nation T-Shirt store. 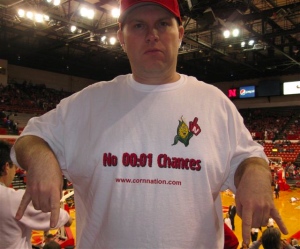 It'd be great if we got some t-shirts to go along with that to commemorate our last Big 12 season. Given the t-shirt store, we can put just about any phrase on a t-shirt, although you have to remember that we can't do anything with copyrighted logos, or names of players (NCAA rule violation). I'd prefer something that's not vulgar or profane. 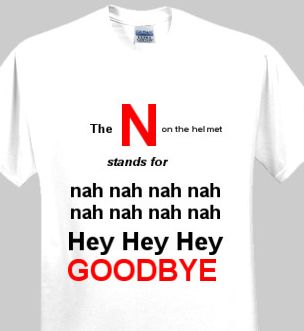 So - come up with some good suggestions in the comments section. If you like someone else's suggestion, recommend their comment. If we get enough, we'll vote later. Heck, maybe we'll get the winner a free piece of apparel.