Share All sharing options for: Corn Flakes: Bubbles Can Burst?

Many thanks to Jon for getting most of these links together. Some fun issues to link to and discuss today, AD payments, college football playoffs, and more spring football coverage. So tell us what you think people, it's not like you're going to work today anyway. What's that? NU baseball? No I don't want to talk about it. 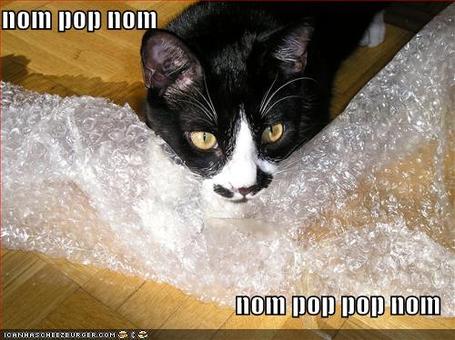 What’s it all mean? It means Hagg now will remain on the field regardless of an offense’s alignment, which he did during Nebraska’s final two games last season. In the first 12 games, however, the Huskers operated out of a 4-3 base alignment, with Hagg replacing a linebacker as the nickel back in obvious passing situations.

What do you think - Hagg, Amukamara, or Crick as this year's defensive star???? - JJ

Nebraska head coach Bo Pelini dispensed his first spring camp dose of displeasure Monday, calling NU’s workout after an 150-play scrimmage Saturday "not as sharp as I would have liked."

This is like the warm up to an explosion. The man has a reputation to uphold, dammit! - JJ

Henery poised to leave his mark at NU - Nebraska Football

For all the player articles we've seen, we haven't seen much about Alex Henery, coming back for his 16th year of football at Nebraska. Can you believe the guy is still around? - JJ

It isn't looking good for Ndamukong Suh to go #1 overall in the NFL draft. - JJ

Shooting Pointe Blank: Going The Way of the Wildcat?

Schools raising fees to keep up with cost of college sports

More than half of athletic departments at public schools in the Football Bowl Subdivision were subsidized by at least 26% last year, up from 20% in 2005. That's a jump of $198 million when adjusting for inflation and includes money from student fees, university support and state subsidies. The increased support for athletics comes as student groups and other critics assail the rising cost of college, which has climbed precipitously in the last decade. During the recession, many states have scaled back their appropriations for higher education, and endowments have taken a beating at even the largest of institutions.

Do you care about stuff like this? Probably not, but you should because something has to change here. I realize that Nebraska is one of the better run AD's in the nation, but we don't play sports in a vacuum. At some point, this bubble has to collapse. Most likely it will come when college enrollments drop because students choose lesser expensive choices, like those that aren't spending over $4M on an athletic director or $3M on a head basketball coach. - JJ

Lew Perkins, the University of Kansas athletic director, was the state’s highest-paid employee in 2007 at $646,281. But that’s a paltry sum compared with what Perkins received in 2009 — $4.4 million.

And you wonder why it's so damned expensive to send your kids to college? - JJ

Kansas is in recovery mode, or are they? The Jayhawks welcome a new coach, a new attitude and a new era to the program. A new era and a recovery very different than those in years past.

Turner Gill remains my favorite Husker. That may change if he builds a program good enough to beat Nebraska, but time will tell. The beauty of him becoming KU's coach and not coming back to Nebraska is that when he fails (all coaches fail sooner or later), he can still remain beloved amongst Nebraskans. Comments? - JJ

Husker Mike's Blasphemy: The Butler (Almost) Did It

Was there any more buzz kill than Butler missing two final shots and losing to Duke, and then watching Duke celebrate another national title? Well, maybe you watched it, but I turned it off. I had no interest in watching Duke talk about themselves. Screw them. It was a collective thud in sports, wasn't it? Mike says Butler's run proves that college football needs a playoff. Funny, I think it's the exact opposite. Maybe Mike and I should argue it out. - JJ

I'm with Jon on this one. Quick who was the best team in college basketball this season? Gun to your head KU plays Duke and you have to pick the winner, who do you go with? And now with the tourney to expand to even more teams your regular season means even less! The NCAA - money grubbing hypocrites - JL