We are sending the big man out in style, with a whole Corn Flakes devoted to Suh. I'm sure this is by far the most rewarding award Suh has gotten this year. 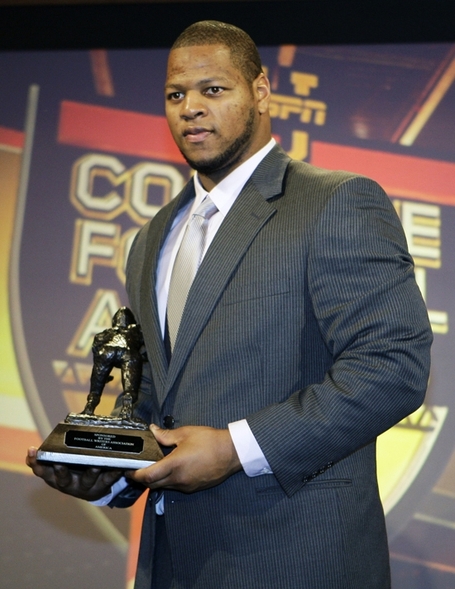 When talking about recruiting and Nebraska, the same arguements seem to come up: Nebraska is flat and boring, no mountains (as if Colorado is just loaded with talent), beaches, stars like LA, or whatever Texas has. 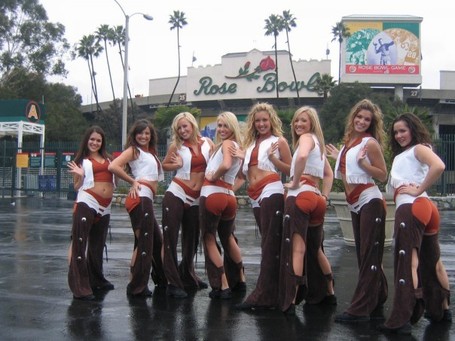 What Nebraska looks to be doing with recruiting is filling a niche, and not trying to outshine the USC's, and Flordia's of the college football world. Some people may call it "The Nebraska Way" but I've never really liked that terminology. What Nebraska is selling is what Suh has come to stand for, close ties to the coaches, players, fans, and the school. The kind of bond that makes a young man donate 2.6 million dollars back to the school, and repeatedly say how much getting his degree meant to him. Nebraska is selling it's academics, and looking for student athletes, smart players that fit in with the culture Bo is cultivating.

I'm not certain what the future of Nebraska football looks like without Suh, but I'm hopeful that Nebraska can continue to recruit and develop young men like Suh.

You're watching House of Spears: The Ndamukong Suh story-The dominant defensive lineman from Nebraska narrates his journey from Nebraska Cornhusker standout to coveted NFL draft pick. on the NFL:Y! Sports: NFL video channel brought to you by Yahoo! Sports

This video had some things I didn't know, and some behind the scene shots. Worth a watch- JL

Sam Bradford, the Oklahoma quarterback, is the presumed first pick Thursday, but much of the draft is still uncertain.

I love the paranoia that is the NFL. - JJ

I guess I'm confused. When Ndamukong Suh left a trail of bodies at Nebraska last season, everyone agreed, "That dude is a wrecking machine, he's definitely the No. 1 pick." Then, the season ended … and everyone started picking Suh apart. He turned 23 in January. The track record of defensive tackles going first overall isn't great. I'm not so sure Gerald McCoy isn't better. You gotta grab a franchise QB here if you can get one. As soon as Bradford's shoulder received a clean bill of health, momentum swung behind him because, you know, any time you can take someone first in a draft when everyone agrees he isn't one of the best two players, you have to do it.

I'm confused as well. But that's not unusual for me- JL

"It’s how much he studied for other teams," Crick said. "He was constantly in the meeting room watching films, and when you watched with him you saw all the things he jotted down and how he prepares for offenses. We all took that to heart." Crick, Moore and potential starting defensive tackle Baker Steinkuhler have worked to adopt that aspect to their prep for each game, and in Crick’s words, they’ve become "film rats" during the offseason.

They just need to have the right personality and communication skills. Suh is certainly the type companies love to attach themselves to. He has his degree in construction management engineering and recently announced a US$2.6 million donation to his alma mater.

I've seen some posts in online forums that called Suh foolish for donating such a large sum of money before he's actually made a career for himself. Oh, foolish dipshit, he's already made a career for himself. Regardless of where he goes - first or second or third -- in the draft, and regardless of how much guaranteed money they pay him, I'm sure that $2.6M he donated will pay back in goodwill handsomely. This man Suh was rare on the field. He's rare off the field. He's already been a treasure to Nebraska fans. Now he is a goldmine unto hisself - JJ

Draft Q. and A. With Ndamukong Suh - The Fifth Down Blog - NYTimes.com

Defensive tackle Ndamukong Suh of Nebraska is the likely No. 2 pick in Thursday's N.F.L. draft.