Corn Flakes: It's Windy Out Here!

Share All sharing options for: Corn Flakes: It's Windy Out Here!

Windy here in the plains, but we were able to keep a few links from blowing away. 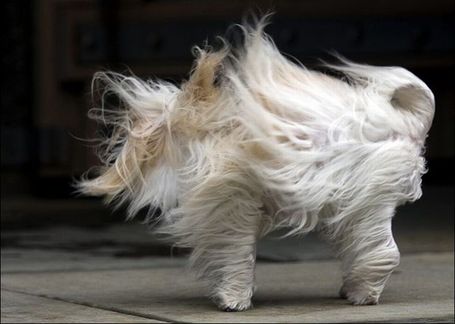 Ticket sales for Saturday’s scrimmage were approaching 70,000 as of Tuesday afternoon, according to the NU athletic department. Tickets remain on sale throughout the week at Huskers.com, by calling the athletic ticket office a 1-800 8 BIG RED, or by stopping by the ticket office in the Stadium Drive parking garage (8 a.m. to 5 p.m.).

So you have your tixs yet? -JL

The Pelini's talk about how is emerging as a leader of the Blackshirts. -JL

A Missery fan wants to know why Nebraska is getting all the love, while Missouri is left out in the cold this pre-season. It's cause no one likes you Tigers. -JL

Interesting article about how the Athletic Department has been monitoring the student athletes social networking sites...... or maybe not monitoring, but mentoring. Yeah, that's it. Big Brother is mentoring you because you're still not prepared for the big, bad world that awaits. It's a helluva thin line between the two, ain't it? And the reference about the great athlete who was denied an interview because his Facebook page showed him drinking a beer bong? This is why Fortune 100 companies are full of people who all think the same, act the same, and why they can't create but only control. If that's where you want to work, then be prepared to follow inane rules and be laid off without notice. I have no idea why some people consider them more secure than small companies. - JJ

It never occurred to me that Irving Fryar dropped that pass on purpose, and when I heard other people say it, I regarded them as whack-job paranoids, the kind who go through life looking for shit and then being amazed when they find it (usually on their shoes). Seriously - if you saw this game live, did that thought (points shaving) ever occur to you (or are you just disgusted because I just called you a paranoid whack job with shit on your shoes?). - JJ

The Expansion Game - How Much Are The Candidates Really Worth?

Here is a quantitative look at the eight most popular expansion candidates, as seen through the eyes of a university president.

Interesting article. I like the part, though, where we're tied with KU and ahead of Missouri in academics. - JJ

They may be trying to pump sunshine over in Lawrence, but I still think the staff hires for the Jayhawks were bad.

Beergut over at the Texas A&M site "I am the 12th Man" thinks Turner Gill made some bad choices regarding his assistant coaches. - JJ