Corn Flakes: Spring is in the air

Share All sharing options for: Corn Flakes: Spring is in the air

Spring football means a lot of position breakdowns, predictions, and players we think are sure to break out next season that don't. Don't forget about the WBB team, or give up on the baseball team either. The cats made it back from spring break alright, but well 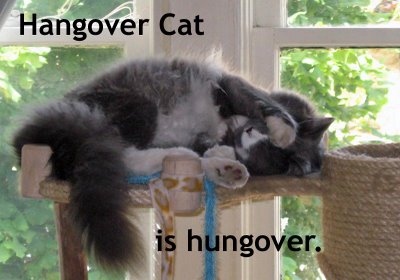 That's what happens when you party that hard

Mitch Sherman at the OWH actually does a scouting report regarding the women's game against UCLA. I'm still wondering what the UCLA coach is going to wear. - JJ

Still not sure what to make of this team. Middle of the B12, and a regional?

Very good sit down with Bo. He addresses the offense, QB race, and "being back". It looks like Bo is getting better with the media, or is it just me? -JL

Dispatches from the BCS office: NCAA Tournament not as great as you think - One Bronco Nation Under God

Regardless of how much you're enjoying it, the BCS still thinks that March Madness sucks. After watching Kansas take the gas pipe, I'm not so sure that Bill hancock isn't correct. - JJ

I know that it's somewhat close to blasphemy to talk about your opponents during spring - it's time to glow about your own team and the potential record-setting play that might come next year, but is this a sign that God still hates the Colorado Buffaloes? - JJ

PEOPLE IN GEORGIA ARE GENEROUS WITH THEIR LITTER

OMG, I missed this, but you need to see it. It's amazing. It makes Colorado and Missouri fans look downright decent, and having said that now you really have to see it. - JJ