It's the Ndamukong Suh "House of Spears" shoe (HT: EDSBS)

Does this mean he's really arrived? I'm not going to run out and buy a pair of these, mostly because I'm cheap and I have four mouths to feed. Still, I have to wonder what his mother thought when she saw these - all that hard work has finally paid off - even the name I gave him, the one that announcers avoided and couldn't pronounce - is now worth millions.

The man is star before he even sets foot on a NFL practice field. That's one thing that's special for Husker fans, because even if he busts in the NFL (somehow), he's still our guy, and he will remain special to us forever. 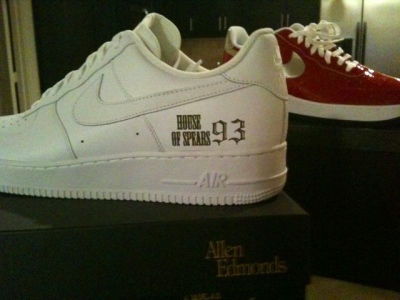