Corn Flakes: The Day After OU

Share All sharing options for: Corn Flakes: The Day After OU

And thus ends NU's football days in the Big 12.

You want to be known as the "Greatest Fans in College Football?" Now is the time to prove it, after a loss. People are going to come and troll us, kick us when NU's "down". Just smile and wave, smile and wave. We'll see where NU is at in the coming years and how the Texas Conference is doing in the future. Maybe it'll be better for all partied involved.

While we're at it. Congrats to Oklahoma. Exciting game, well coached, and major props to Jones. He completed some great passes.

Some more quick thoughts and some really good articles today.

So do you people that wanted Niles benched happy now? No vertical threat means a worse offense.

Disappointed with both lines yesterday.

Just stop with the rumor that Martinez threw the game just out of spite.

The first link really goes into this, but I'm thinking NU really has to seriously look at overhauling the offense staff. This goes beyond Watson. WHAT DO YOU WANT TO DO? Oregon spread? WCO? Option? This mis-mash isn't working.

I refuse to consider this a "lost year" NU swept the North. Helu has the best rushing game in NU history. I watched the Henery become the leading scorer in NU history, and make 50 yard field goals look like chip shots. And I had fun here with all of you. (AHHHHHHH)

Alright the topics to ponder:

But it won't be that simple for head coach Bo Pelini. His decisions – to retain Watson, to hire Cotton, to pursue and promote Martinez at the cost of vocal leadership and experience, to shape the offense so it best serves his magnificent defense – are colliding with one another. He's trying to marry a Oregon-style QB to a West Coast offensive coordinator and protect both with a O-line coached by an old-school option guy. Throw in big, slow receivers who can't separate and an offensive tempo that resembles thick maple syrup, and you have an ungainly hybrid. It's a wonder it's worked as well as it did.

Great article here. A must read with things to ponder. What about recruiting if Watson goes? Does NU want to re-boot again on offense? Can Bo fire Cotton without repercussions from the AD? Where are the reserve WRs? Our best bet is a former pitcher walk-on? Some things to think about before you think firing Watson is the answer.

OVERALL (C) ... And Nebraska's conference championship title drought continues. Better luck in the Big Ten? We'll see. Nebraska had this one in its grasp but stuck too often with an ineffective Martinez, when it was obvious Burkhead was the guy to ride.

C? I'm thinking F. This was a pass fail sort of game.

More sadness after the jump

For the second consecutive season, poor quarterback play was a major factor in the Huskers' losing the Big 12 championship game. Like Zac Lee last season, Taylor Martinez struggled mightily in a 23-20 loss to Oklahoma. He completed fewer than half of his passes, threw an interception in the end zone and was sacked seven times. To be fair, he played despite injuries to an ankle and toe, but that just raised the question of the reliability of Nebraska's backup quarterbacks.

Nebraska offensive coordinator Shawn Watson called a horrible game for the sorely disappointed Huskers. His insistence on using Taylor Martinez as much as he did – instead of hybrid/Wildcat formation back Rex Burkhead – robbed the Big 12 North Division champions of both momentum and production. Martinez’s perpetual panic and alarmingly deficient level of ball security both sabotaged Nebraska’s best-laid plans and allowed Oklahoma to gain a breather just when it seemed that the Sooners were suffocating in the face of Burkhead’s relentless running. Oklahoma offensive coordinator Kevin Wilson didn’t call his best game, either, but Watson’s wayward approach made the Sooner braintrust look good by comparison. 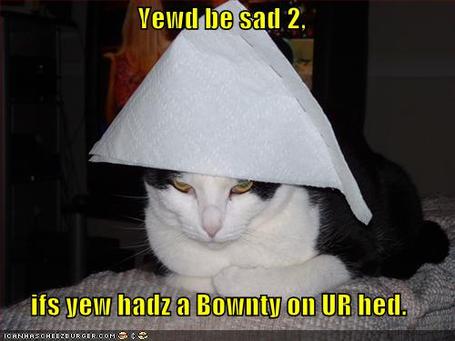 Nebraska gives Sooners one too many chances - Omaha.com

Four turnovers (three fumbles, one interception) and seven sacks did the most damage. And it spoiled an inspired effort by the Husker defense, not totally unlike a year ago when NU lost 13-12 to Texas in the same game in the same building.

Not sure why we're surprised. NU fumbles. has all year. Finally really hurt them.

I'm going to miss him.

Nebraska will enter its bowl game having fumbled a miraculous 42 times, with 15 lost. That stat is, in a word, unacceptable. Yes, Martinez contributed to the fumble issue once again Saturday night. He had a rough night overall. He looked rusty. He looked young. He is young.

Read this, not that it really matters anymore.

Kinda cool, but would have better had NU won.