So again we see people trying to boost their hits by "writing" stories that are nothing more than cheap pot shots against Nebraska, and her fans. (Yes the University is a woman, otherwise it would be wrong to love it this much), or scrapping together rumors and posting them as stories (I still love you Cobby).

So yeah Haters going to Hate. 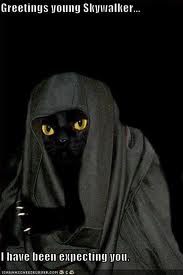 Let the hate flow through you.

But we know how the movie ends. With NU happily leaving for the Big 10, and the "evil empire" fails. Oh and Texas shot first.

Life in the Red's Blog | More vitriol from southern friends

See, it's not so hard being a columnist. You really don't need to do any research. Just fire off some pot shots and call it good. I post Engel's column only because I'm always interested in how others view our realm. Maybe Engel's column genuinely reflects her views. Or maybe she's just trying to get a rise out of Husker fans.

Better Off Red | Martinez Rumors: Is This A "Scream" Or What?

"You can only hear that 'Richard Gere / gerbil story' so many times before you have to start believing it." That quote from the movie "Scream" appears to hold a similar, though different relevance in Huskerland with all of the recent Taylor Martinez stories.

From where I am sitting, it sure feels like the Big 12 Commissioner will do anything, including violating the very rules that govern the Big 12, to keep Nebraska from leaving the conference with that Big 12 trophy! This is from Utah.

There are no Nebraska ties to the author that I can find. So maybe it offers some perspective?

Predictions for the game after the jump. plus more!

Gundy expects "something big" to occur on a special-teams play: "On paper, you can't determine who has the advantage in special teams. They're both very good, but someone will make a play."

Not so much a prediction, rather a vague cliche statement.

Nebraska won’t have the horses. The gameplan will be to turn the defense loose, pound away with the ground game, and hope for the OU mistakes to come, and while Landry Jones and the attack won’t go wild, it’ll be a balanced, patient game that takes advantage of every opportunity. Oklahoma might have plenty of three-and-outs, but it won’t give up enough big turnovers for Nebraska to ever take control. The active Sooner defensive line will outplay the Nebraska offensive front, but not enough to make this a blowout. It’s Oklahoma outside of its state’s borders; it’s going to be close.

Year after year, Mizzou fans complain about this travesty. And year after year Mizzou fans fail to support the Tigers to the maximum, thus perpetuating the problem. They have only themselves to blame for this annual aggravation. Missouri football has a lot of loyal supporters, but it needs more.

Nine things and one crazy prediction

1. If you're asking why ESPN is close to finalizing a deal to link up with Texas as its broadcast partner for the new Longhorn television network, for exorbitant figures perhaps approaching $15 million a year, it's because the worldwide leader is hoping to use this platform as a way to leverage with Texas' help a deal to acquire all of the Big 12's television rights that will be negotiated next spring. And, yes, we all know Texas has clout. If the other nine members of the reconfigured Big 12 don't go along, Texas hasn't minded using its power before and could easily reopen talks with the Pac-12 or go independent. ESPN is positioning itself for the inside track with the Big 12 and squeezing out Fox.

Now don't you worry remaining 9 school. I'm sure Texas will be looking out for you

So Nebraska fans, let go of any hate. May the Force (of Husker Power) be with you.