Corn Flakes: The Day After CU

Share All sharing options for: Corn Flakes: The Day After CU

And thus ends the "rivalry" with CU with Nebraska owning a 49-18-2 series record.

Sorry for not being around this week. Took the cats kids to Disney. Turns out no WiFi at Disney, or with the relatives we were staying with.

Great game yesterday, NU rallied the troops and played very well without 2 offensive starters, and several others injured. I thought Green played very well, whereas before I often considered him a liability. But the real story was Burkhead. 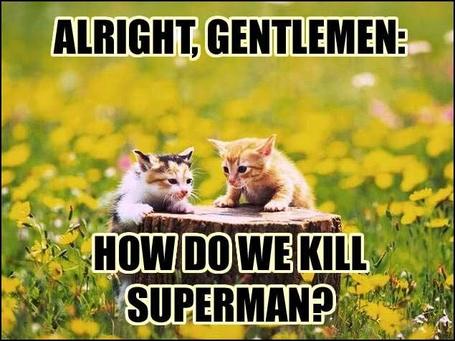 In the CU locker room at half.

Shawn Watson has taken a lot of abuse in recent weeks for his playcalling, but today, he opened things up a bit. A little less zone read, a whole bunch of Wildcat (almost to the point of excess), and even some power formations to let the offensive line tee-off and dominate the Buffaloes.

Sorry, Missouri. The final Big 12 North title stays in Lincoln. This game had the makings of a "rally the troops" mentality, and the Huskers showed (and played like) they have their coach's back. Only one step remains, and it figures to be a doozy.

They stayed at Memorial Stadium for a special presentation. What was it? Another video, displayed high atop the north end zone. But wait, this was different, and soon they saw why: The highlights told a story — one by one, NU squashed the dreams of its conference brothers. At the end, there was just a photo. Cowboys Stadium, with the words, "One Final Time" in bold letters.

"I will miss Nebraska, Lincoln and the Cornhuskers. I've been coming here every couple of years since 1975, and I'm afraid I'll never be back again — except maybe on vacation."

Good riddance, Woody. You haven't had one original thought on this series since 1975. Buh-bye. - HM

More after the jump.

"A lot of people tried to tear this team apart," Pelini said, referring to the national media attention he attracted for his meltdown in College Station, Texas. "We weren't going to let it happen. Enough said on that."

Joe Broekemeier had a long wait between playing in a football game. I was wondering who this was during the game.

Chatelain: Who gets the call at QB? - Omaha.com

Nebraska's starting quarterback at the Big 12 championship game will be... Shawn Watson will address the question in a moment, but first let's tweak it. Who should start at quarterback in Dallas?

Can Green get it done?

So dynamite was Burkhead that receiver Brandon Kinnie went up to the running back after the sophomore found him on a touchdown pass and asked: "Why are you so good at everything?"

Life in the Red's Blog | Beebe comments on Cotton/Jerod-Eddie

In my conversation earlier this evening with Dan Beebe, I asked him about the play involving Cotton and Tony Jerod-Eddie from last Saturday’s game at Texas A&M. For reference, I asked Beebe about the play in which a player from Texas A&M was "jabbing at the testicles" of a player from Nebraska. I used those exact words, as that is how interpreted that play. Was that a play that was reviewable, and was there ever any punishment considered? Does the Big 12 condone such action?

Here’s Beebe’s response: "Well, first of all, I think if you look at it carefully, it wouldn’t be what you characterized," he said. How would Beebe characterize that play, then? "Well, if you think it was that (jabbing at testicles), we’ll just have to disagree. I don’t think it was in that manner. And didn’t the Nebraska player say he was just trying to get to the ball?"

Yeah I have no words. One game left in this conference.