Share All sharing options for: Corn Nation: The Day After Texas A&M

Look Jon, and Mike have calmed down (Jon in the post below, Mike in the links) and they are completely correct in their balanced thoughts and analysis. I'll get there... 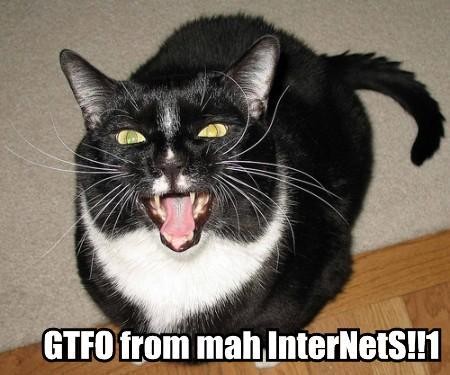 I'm not there yet. Not even close. Could be the Wii that died on me this morning, adding to my frustration. Could be the trolls falling over themselves to post over here. Could just be A&M being handed the game last night. Probably the last one.

Nebraska needs to forget this game. Beat CU next week, then take the B12 title and head off to the Big 10. But Watson and the offense coached have to to find someway to move the ball and score points without Martinez, or with whatever percentage of T-Mart NU has.

So list the things that piss you off today in the comments. I'll start-

Husker Mike's Blasphemy: From A to Z: Aggies, Injuries, & Zebras Too Much for Huskers to Overcome

Let's put tonight's game in perspective. Nebraska went -14 in penalties and -2 in turnovers against a ranked opponent on the road, and only lost 9-6 ... with their biggest playmaker hobbled. In the grand scheme of things, the Huskers are still in decent shape.

No I will not calm down. I am not making a scene.

The hit – which was not late, and which did not hit any part of A&M quarterback Ryan Tannehill’s helmet – failed to meet any standard for a personal-foul penalty. It was as standard-issue a hit as anything seen on any gridiron in week 12. Yet, it drew a piece of yellow laundry, and it directly led to the Aggies’ game-winning field goal. It’s impossible to look at this game and not conclude that one call – a judgment call poorly arrived at and then unrevoked – decided the outcome. It’s not as though the Aggies made a good play or did anything to render the flag a moot point. It was a gift, and a gift that carried more than a little weight.

Nebraska was charged with 16 penalties and Texas A&M two. And that's why the Huskers lost. That's why. That's it.

See if JLew calms down after the break.

The Huskers were already playing with a bit of an us-against-the-world edge after the suspension of Eric Martin earlier in the year, and that will only intensify now. Also, I got in touch with my buddy over at the Big Ten blog, Adam Rittenberg, and after checking with Jim Delany & Co. at the league office in Chicago, we can report that in almost a century of Big Ten football, no call has ever been missed. So take heed, Huskers. Upon your exit to the Big Ten, you'll finally be out from underneath the tyrannical thumb of human error.

What a horrible slanted hack job this is David. You wanna be more than a blog jockey for ESPN, do better than this. (Still angry)

Texas A&M's Wrecking Crew is back. At the least, it's on the way back. OK, there were some, uh, questionable calls that went against Nebraska, but that shouldn't take away from a tremendous effort by the Aggies' defense to limit the high-scoring Huskers to just two field goals in a 9-6 A&M victory. QB Ryan Tannehill and the Aggies' offense have received most of the attention during their current five-game winning streak, but the defense has been exceptional, too. The Aggies held Oklahoma to 18 points three games ago and shut out Baylor in the second half last week. Then, against Nebraska, the Aggies held the Huskers to their lowest point total in three seasons.

Steven M. Sipple: Pressure mounting on NU from all sides

Colorado (5-6, 2-5 Big 12) comes to Lincoln riding a two-game winning streak. The Buffaloes can hang loose Friday, while the Huskers feel the weight of the world. So much for breezing to that Big 12 North crown.

Yeah I'm sure this will work out well. (Though should officials really help CU? They are leaving as well)

Better Off Red | Did Taylor Call His Dad During the A&M Game?

This video is all over the internet. Odds that Troy gets suspended? Oh no wait I forgot this happens "All the time" so it's excusable. Go ahead and ram your finger up there, (Was calming down, now upset again)