Wow is it Friday already? I had planned on coming here and telling you all that I have been swamped with work, life, finding pictures of cats, but really I picked up Call of Duty Black Ops for the Wii. Yeah I've been shooting random people on the internet. So if you see a JLew online, that's me.

Slow week for Husker news, looks like people are healthy. I'm feeling confident for this one, which given my record for games I wasn't worried about, South Dakota State,Texas and ISU, we're screwed. Hey at least NU broke the whole playing better away from home- playing bad at home deal.

Nebraska can win the North this week with an NU with and an MU loss.

Well you didn't come here to hear me talk about headshots, or JLew's confidence poll. On to the links!

"I’m telling you in this day and age, in this Rivals generation where kids are like, ‘I’m a five-star, I should be plugged right in there.’ And this guy’s a junior-college All-American ... and he says he hasn’t earned it."

Wow great to hear about David, and Martin moving to DE? Interesting.

What Will Happen: At least last week was fun. The joy of the Colorado game will disappear on Nebraska’s opening drive of the game as Martinez and Helu each run for over 100 yards in the easy win.

See?!? This is why I can't get worried for this game. I'll try though. -JL

No. 8 Nebraska 41, Kansas 13: The backstories in this one should be much more interesting than the actual game. The Jayhawks comeback last week was remarkable, but Memorial Stadium won't be the site of Kansas' next step forward. They'll have to wait to build on the win over Colorado after they figure out quickly that the Huskers might be just a little bit better than Colorado. That said, Bo Pelini knows better than to hang a big number on Turner Gill. Doing so wouldn't earn him any fans in the stands or in the office on Monday.

Kansas Keys To The Game Against Nebraska - Rock Chalk Talk

Make Taylor not play, Make Nebraska not play hard, talk to Texas about selling soul, wait those are my keys to the game for KU. -JL

Gary Barnett does his best to stomp all over CU's program. He seems nearly likable.... no, no, no, he does not. He remains a spewing jackass forever. - JJ

More Colorado news, a new name for Suh, and so much more after the jump

Colorado athletic director Mike Bohn joined 104.3 the Fan in Denver with Mike Evans and Drew Goodman to discuss the timing of Dan Hawkins’ firing, the deficiencies he’s left the incoming coach, why it didn’t work out for Hawkins in Boulder, if he really wanted to make this decision last December, the timetable for finding a new coach and the need to hire a familiar name.

Do we care anymore? I'm guessing probably not. - JJ

The Claims, Sources, and Denials of the Cameron Newton Saga

A catalog of the claims, sources, and denials of the Cameron Newton saga.

Because you're paying attention to this mess, aren't you??? - JJ

Life in the Red's Blog | Cassidy and Osborne awarded Blackshirts

After starting the two games at safety, Austin Cassidy and Courtney Osborne received Blackshirts on Tuesday. P.J. Smith and Rickey Thenarse had been the safeties dressed in black, but both were back in red at the most recent practice. As it stands, there are 12 Huskers wearing Blackshirts: Allen, Crick, Steinkuhler, Meredith, David, Compton, Hagg, Gomes, Dennard, Amukamara, Cassidy, Osborne.

Taylor Martinez is a semifinalist for the Maxwell Award, Prince Amukamara is up for the Bednarik Award.

My buddy Gus thinks Ndamukong Suh's nickname should be "Chaos N. Suh." It's pretty good. You have to admit.

Put this down as simple, brilliant things that I (you) should have thought of first. This needs to happen.

Research on how cats drink. I'll tell you how the cats drink- 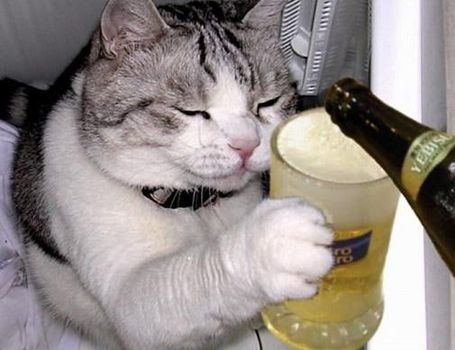